Mnuchin: Stimulus payments could arrive as early as Tuesday

Treasury Secretary Steve Mnuchin made the statement Tuesday night on Twitter as Americans wait to see if lawmakers might possibly even increase the payout. 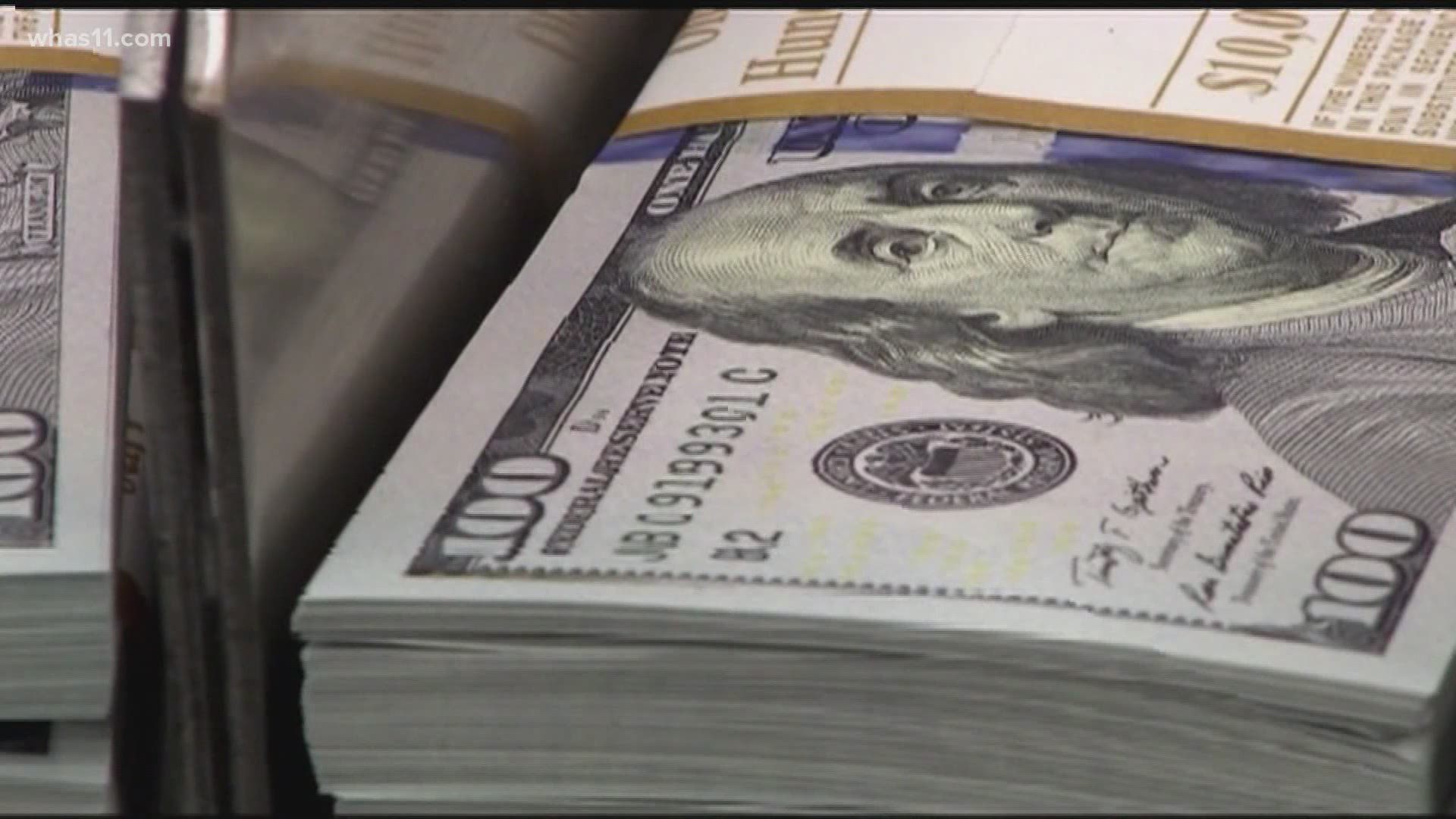 Editor's note: The video above was from just before Secretary Mnuchin's Tuesday evening announcement.

Secretary Mnuchin said that the U.S. Treasury has delivered a payment file to the Federal Reserve as the next step in getting the aid payments distributed to Americans.

Mnuchin said the payments would be delivered via direct deposit and payments would continue into next week. The Treasury secretary said some Americans may begin to see deposits of the stimulus payments in their bank accounts as early as Tuesday.

The aid payouts will be determined based on U.S. taxpayers' 2019 returns in an effort to expedite the payments, but will ultimately be based on 2020 tax returns according to the IRS.

RELATED: VERIFY: How both your 2019 and 2020 tax returns will factor into your stimulus payout eligibility

Secretary Mnuchin also said that those who receive paper checks will have that form of payment mailed out by Wednesday.

Stimulus payment recipients can check the status of their payments on the IRS website here.

Paper checks will begin to be mailed tomorrow. Later this week, you can check the status of your payment at https://t.co/pFBzGzK8mD. (2/2)

In addition to direct $600 checks to most Americans, a portion of the recently passed legislation revives a weekly pandemic jobless benefit — this time it is $300, through March 14. The bill also extends eviction protections, adding a new rental assistance fund, as the Associated Press reported.

To better break that down, the IRS said in a statement that eligible recipients can expect to receive "$600 for singles and $1,200 for married couples filing a joint return. In addition, those with qualifying children will also receive $600 for each qualifying child. Dependents who are 17 and older are not eligible for the child payment."

The House voted overwhelmingly Monday to increase COVID-19 relief checks to $2,000, after President Donald Trump’s demand. The boost legislation has now been sent to the GOP-controlled Senate, where the outcome is highly uncertain.

In a statement the IRS said, "Some Americans may see the direct deposit payments as pending or as provisional payments in their accounts before the official payment date of Jan. 4, 2021. The IRS reminds taxpayers that the payments are automatic, and they should not contact their financial institutions or the IRS with payment timing questions."

RELATED: The second stimulus check: When to expect it, how much you will get