La. Reps call for violent protesters in U.S. Capitol to stand down, Capitol in lockdown

The National Guard has been deployed to Washington DC 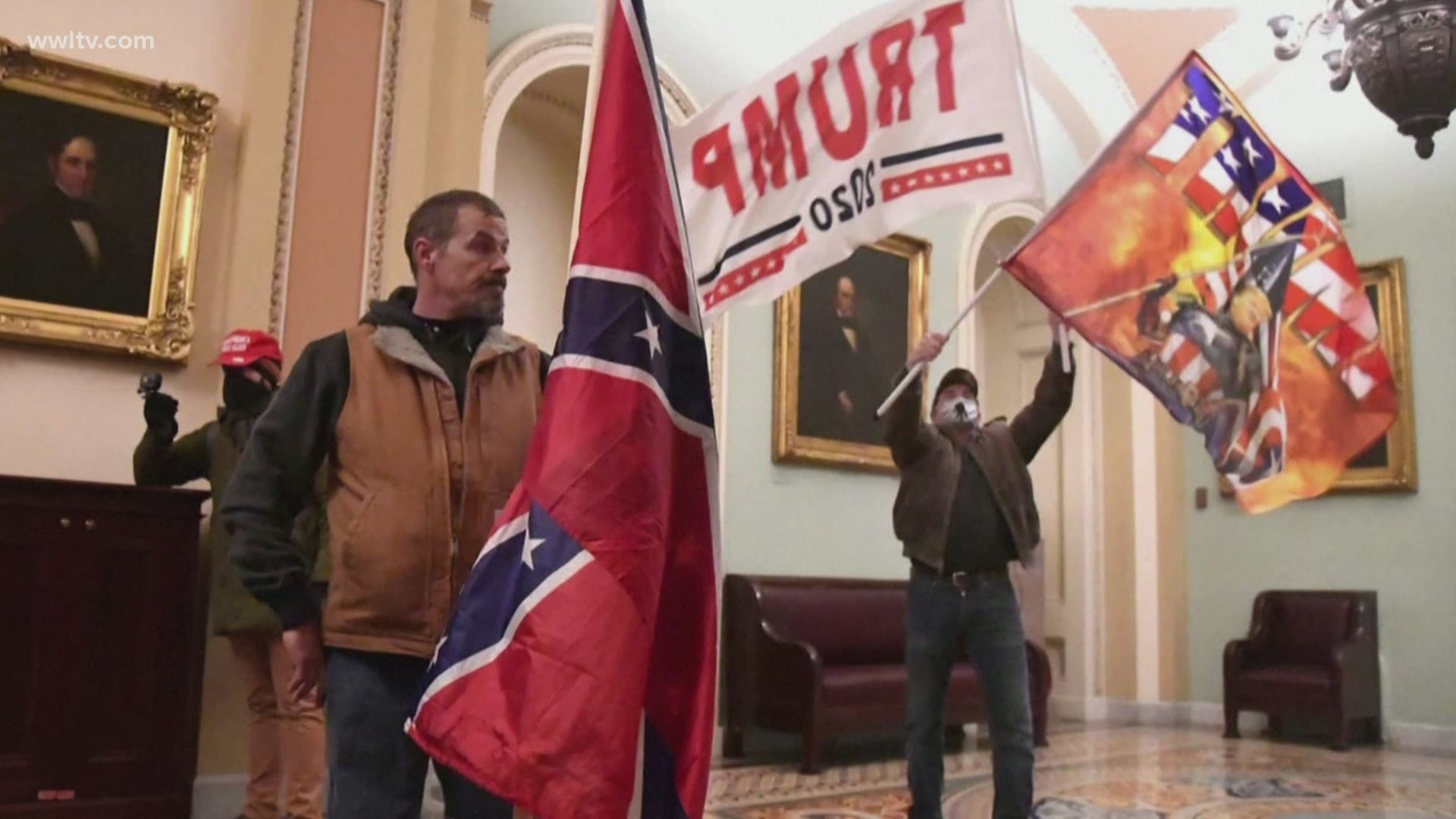 WASHINGTON — Members of Louisiana's Congressional delegation have called for an end to violent protests that have forced the Capitol into lockdown as violent pro-Trump protesters invaded the building, after previously saying they would object to the certification of results confirming President-elect Joe Biden as the next president.

U.S. Sen. Bill Cassidy asked President Donald Trump to forcefully denounce violent protesters who have broken into the Capitol in Washington D.C. as Reps. Steve Scalise and Clay Higgins called for an end to the violence.

There are people who have violently entered the U.S. Capitol and are attempting to disrupt today’s proceedings. This is supposed to be a peaceful transition of power. What they’re doing is absolutely wrong. It is un-American. This is about our country; it’s not about hooligans. pic.twitter.com/Sdk1opWRrh

Shortly after, Trump tweeted a short video falsely claiming that the election was stolen from him before calling on protesters to go home.

"But you have to go home now. We have to have peace," the President said.

The skirmishes came just shortly after Trump addressed thousands of his supporters, riling up the crowd with his baseless claims of election fraud at a rally near the White House on Wednesday ahead of Congress' vote.

“We will not let them silence your voices,” Trump told the protesters, who had lined up before sunrise to get a prime position to hear the president.

The Capitol Police have done an extraordinary job keeping us safe. I’m thankful for their heroism.

I condemn this violent assault on the democratic process & will not be intimidated by a mob that confuses chaos & destruction with strength & wisdom. I'll continue to work for LA.

U.S. Rep Steve Scalise called for peaceful protests in Washington D.C. after the U.S. Capitol locked down on Wednesday with lawmakers inside as violent clashes broke out between supporters of President Donald Trump and police.

“Attacks on law enforcement officers trying to do their jobs are never acceptable. Period,” the House minority whip wrote on Twitter. “We can passionately protest without being violent.”

Attacks on law enforcement officers trying to do their jobs are never acceptable. Period.

We can passionately protest without being violent.

"This is supposed to be a peaceful transition of power. What they're doing is absolutely wrong. It is un-American," Sen. Bill Cassidy (R-La.) said in a video posted on Twitter.

A suspicious package was also reported in the area, Capitol Police said.

Rep. Clay Higgins tweeted around 3 p.m. from the Capitol calling the violence "not American."

Violence and lawlessness are unacceptable. This must end now. This is not American.

An announcement was played inside the Capitol as lawmakers were meeting and expected to vote to affirm Joe Biden's victory. Due to an “external security threat,” no one could enter or exit the Capitol complex, the recording said.

Both chambers abruptly went into recess.

The skirmishes occurred outside in the very spot where president-elect Biden will be inaugurated in just two weeks.