The first set of nominations are set to open on Nov. 1 with an annual global awards ceremony to be held in a different city each year, starting with London in 2021. 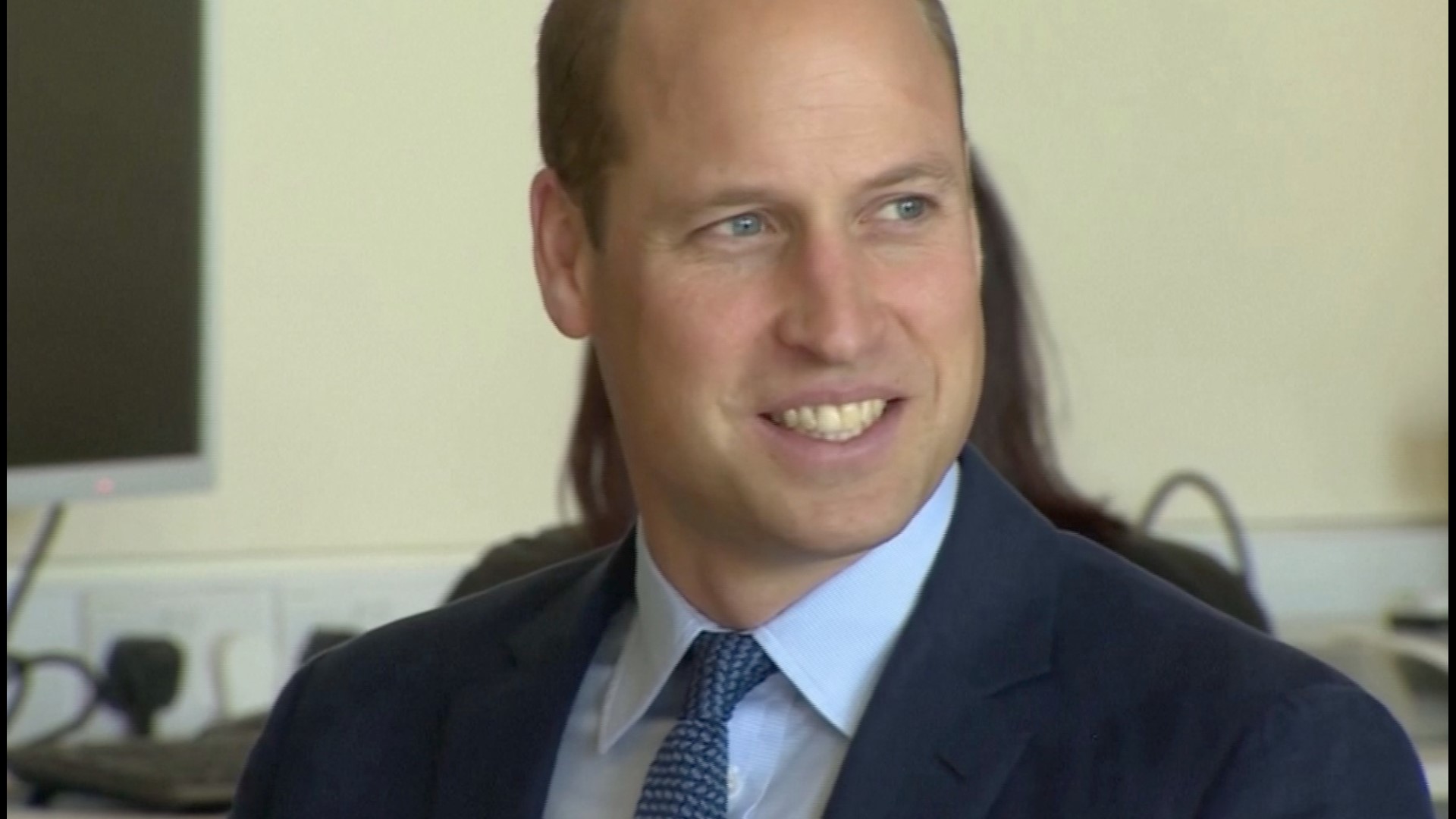 LONDON, UK — Prince William has joined forces with renowned British broadcaster and naturalist David Attenborough to launch a new environmental award, the Earthshot Prize, which has grand ambitions to “incentivize change and help to repair our planet over the next 10 years.”

The prize takes its inspiration from the Moonshot challenge that President John F. Kennedy set for the U.S. in 1961 to put a man on the moon by the end of the decade.

William, who has been immersed in environmental issues all his life, said the same resources used to tackle the coronavirus pandemic should be devoted to saving the natural world.

“According to the experts, it really is the point of no return," he told Sky News. "We have 10 years to fundamentally fix our planet.”

The plan envisions five prizes of 1 million pounds ($1.3 million) awarded each year for the next 10 years, providing at least 50 solutions to the world’s greatest environmental problems by 2030.

RELATED: Pope: Use pandemic to give the environment a vital 'rest'

“We very much hope that even if we can’t necessarily change the world in ten years’ time just from the prize alone, what we do hope is that, just like the Moonshot landings where they developed cat scanners, X-ray machines, breathing apparatus, stuff like that I think has been really, really important to come out of that,” William said.

Nominations open on Nov. 1 with an annual global awards ceremony held in a different city each year, starting with London in the fall of 2021. William will be part of the panel that makes the decisions.

The prize fund will be provided by the project’s global alliance founding partners, a group which includes the philanthropic bodies of billionaires like Microsoft co-founder Paul Allen, Alibaba founder Jack Ma, and Michael Bloomberg.

Attenborough, 94, said time is of the essence.

“Suddenly there are real dangers that there may be a tipping point in which the icecaps of the North Pole begin to melt, which it’s doing already," he told BBC radio. “It’s a matter of great urgency now.”

William also spoke about how his seven-year-old son, Prince George, is getting concerned about what's going on in the world. He said his son was left so saddened by an Attenborough documentary about extinction that he told his father “I don’t want to watch this anymore."