The president visited his brother at a Manhattan hospital wearing a mask on Friday afternoon. 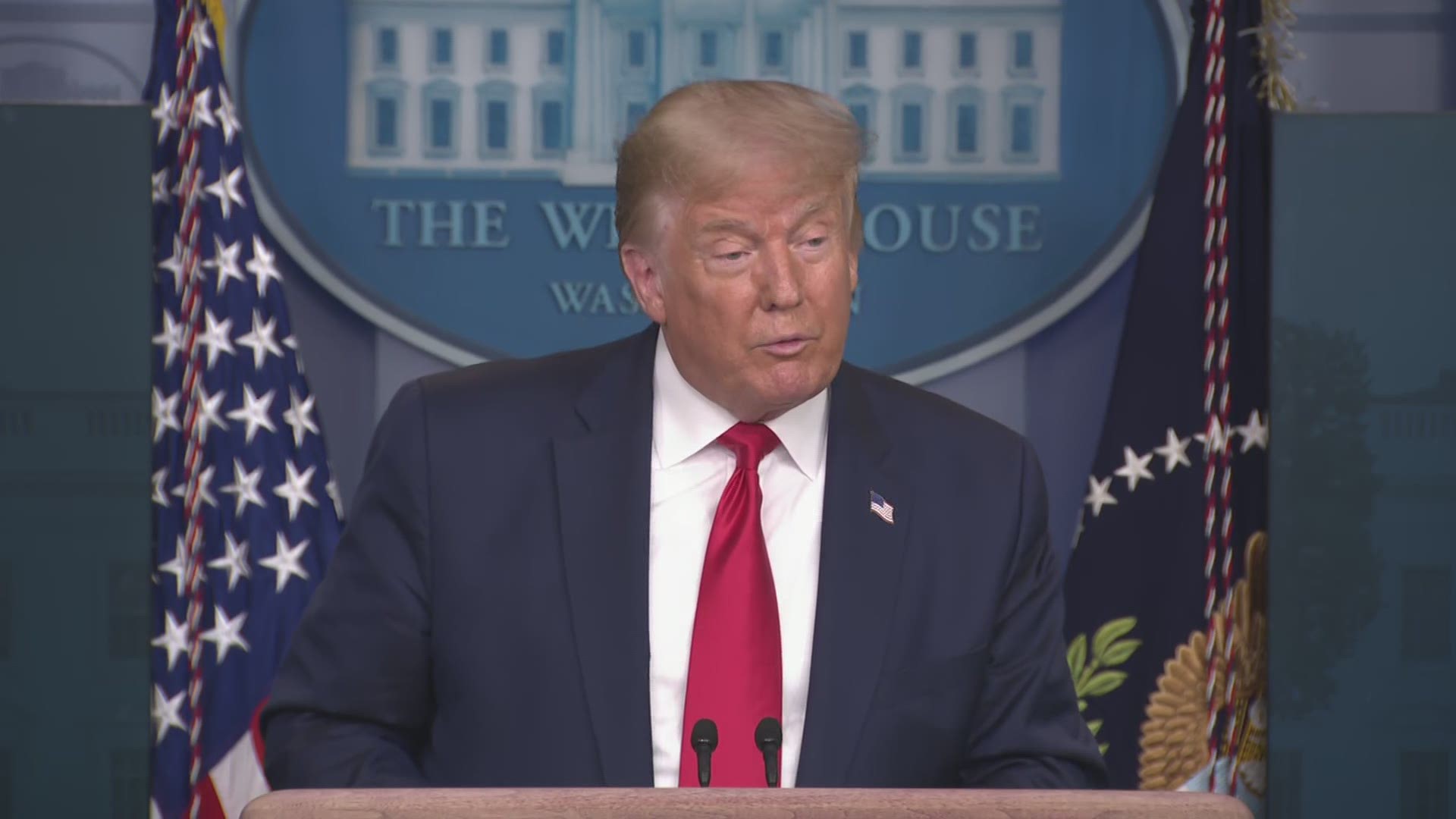 MANHATTAN, New York — President Donald Trump on Friday paid a visit to his younger brother, Robert Trump, at a hospital in New York.

“I hope he’s okay,” Trump said shortly before arriving at the hospital. "He’s having a tough time.” The hospital visit came ahead of Trump's scheduled weekend trip to his private golf club in Bedminster, New Jersey.

The White House did not immediately release details about why Robert Trump, who is 72, had been hospitalized, but officials said that he was seriously ill.

“I have a wonderful brother. We’ve had a great relationship for a long time, from day one," Trump told reporters before departing for New York. “He’s in the hospital right now, and hopefully he’ll be alright."

Robert Trump, one of the president's four siblings, recently filed a lawsuit on behalf of the Trump family seeking to stop publication of a tell-all book by the president’s niece Mary titled “Too Much and Never Enough." She is the daughter of the eldest Trump sibling, Fred Trump Jr., who struggled with alcoholism and died in 1981 at the age of 43.

The president has said that Mary Trump’s book was a violation of a nondisclosure agreement she signed in connection to a financial settlement she received from the Trump family.

In her book, Mary Trump claimed that no family members joined Fred Jr., who was known as Freddy, at the hospital on the night he died, adding that Donald Trump went to the movies with another sibling instead.

Robert Trump had previously worked for his older brother as a top executive at the Trump Organization. Once a regular bold face name in Manhattan's social pages, he has kept a lower profile in recent years. He married his longtime girlfriend, Ann Marie Pallan, in March, according to the New York Post. He divorced his first wife, Blaine Trump, more than a decade ago.

In a 2016 interview with the New York Post, he described himself as a big supporter of his brother's run for the White House.

RELATED: Trump says he 'heard' rumor Kamala Harris not eligible to be VP. She is.

RELATED: Reporter asks Trump if he regrets 'all the lying.' He didn't answer.