Kamala Harris talks at DNC about obstacles to voting

Harris, has launched the convention on the night she's expected to accept the Democratic vice presidential nomination. 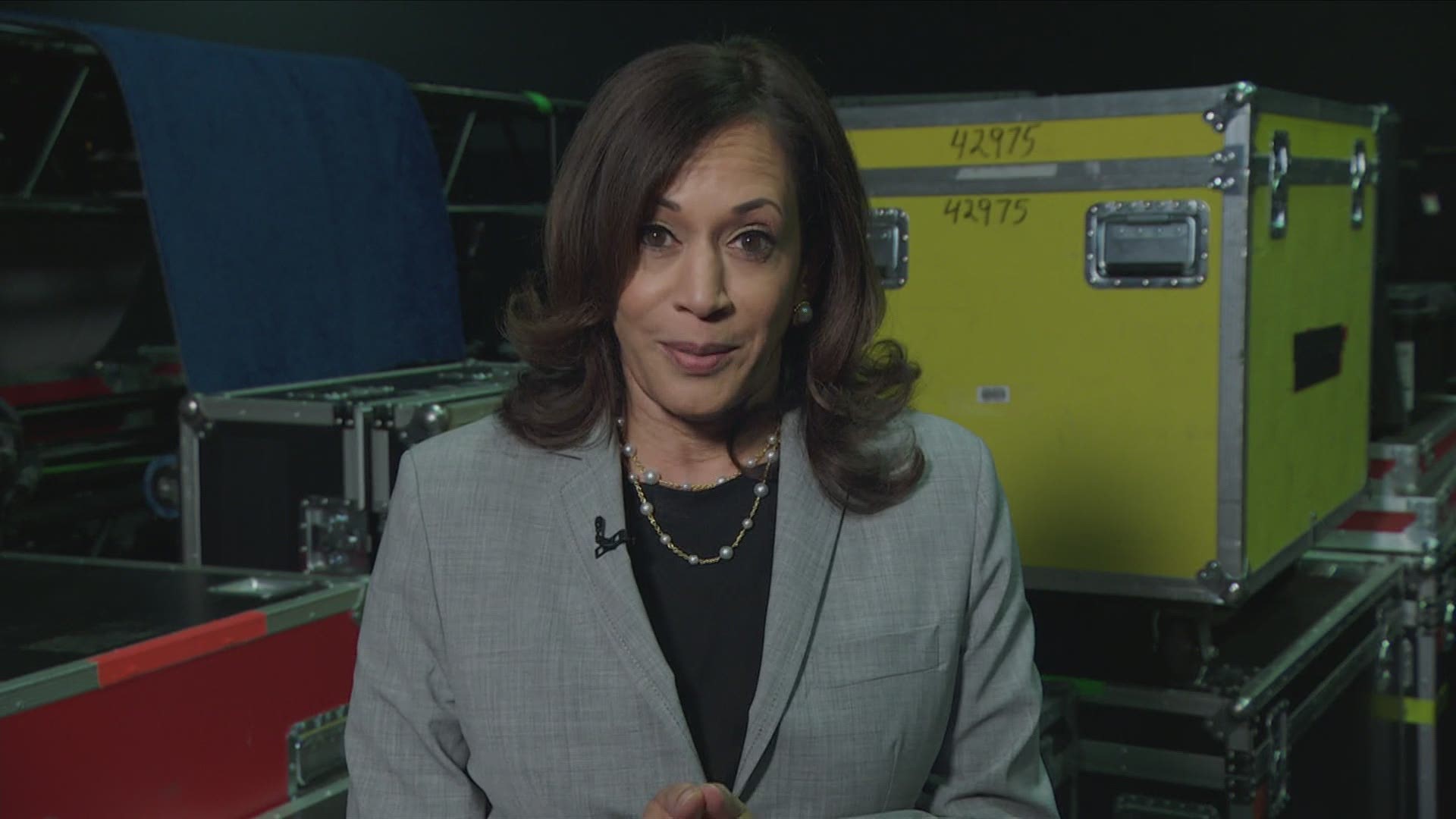 WASHINGTON, D.C., USA — Kamala Harris kicked off the third night of the virtual Democratic National Convention by saying viewers may have heard “about obstacles and misinformation, and folks making it harder for you to cast your ballot.”

“I think we need to ask ourselves why don’t they want us to vote,” Harris said Wednesday. “When we vote, things get better. When we vote, we address the need for all people to be treated with dignity and respect in our country.”

She did not say what those possible obstacles were, but Democrats have accused President Donald Trump of deliberately trying to disrupt operations at the Postal Service in a year when more people are expected to vote by mail because of the coronavirus pandemic.

Harris urged viewers to send a text message to the Biden campaign to receive information on how to vote and deadlines for obtaining mail-in ballots, which vary by state.

Later Wednesday, she is expected to accept the Democratic vice presidential nomination.