Harris spoke to the nation Wednesday as the first Black woman on a major party presidential ticket. 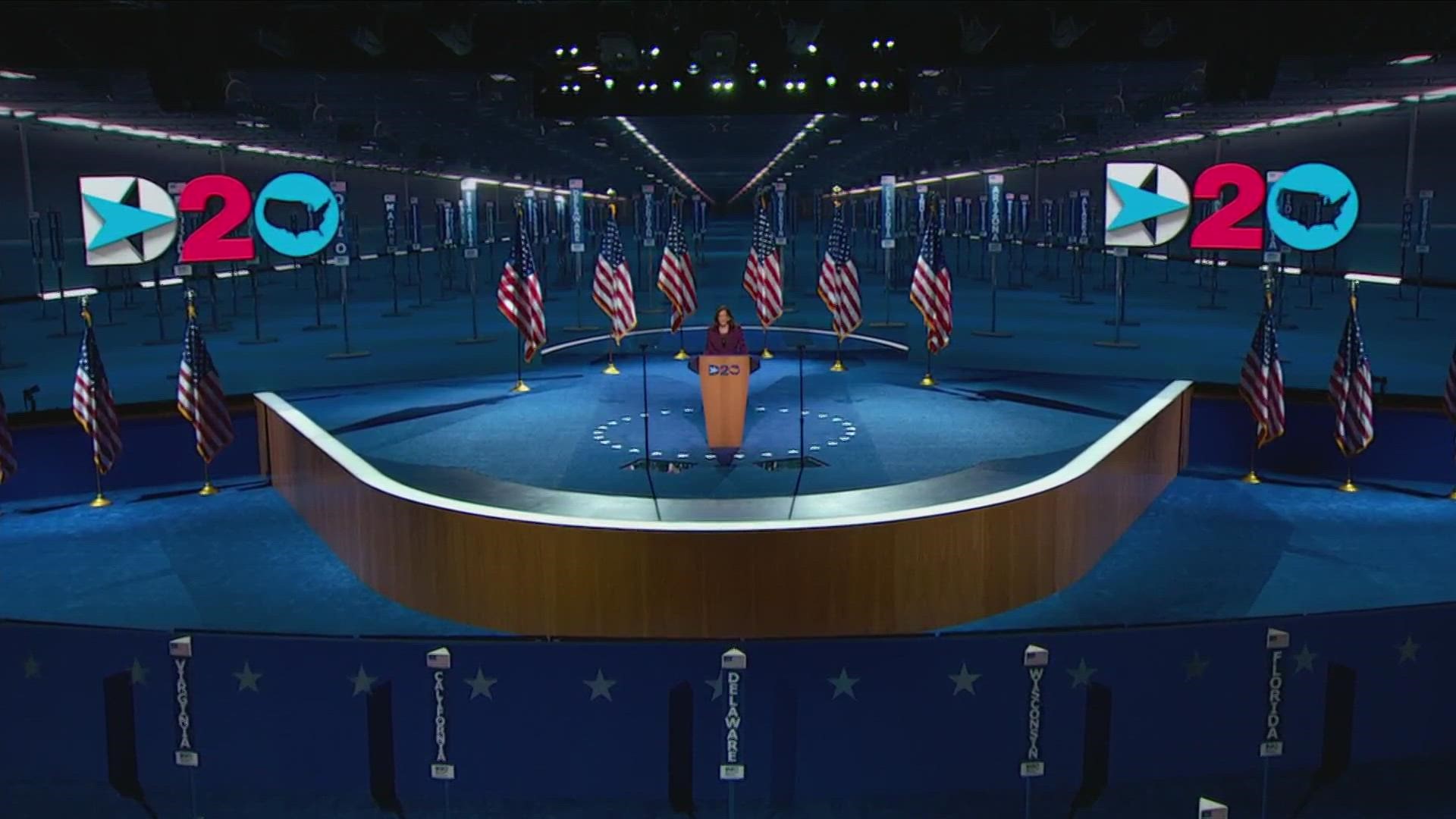 She addressed the Democratic National Convention’s third night after former President Barack Obama warned that American democracy itself was at risk if President Donald Trump wins reelection this fall.

She is the first Black woman on a major party presidential ticket.

In a largely empty arena near Joe Biden's Delaware home, Harris issued an urgent plea for voters of all colors to rally behind Joe Biden and find a way to vote despite concerns about the pandemic and postal slowdowns.

She says, “Donald Trump’s failure of leadership has cost lives and livelihoods.” She says she shares Biden's vision of America, “where all are welcome, no matter what we look like, where we come from, or who we love.”

After the speech, Harris waved and clapped as she was applauded by a screen of viewers. A smiling Biden walked out afterward, standing a safe distance away from her amid the pandemic, and the two were joined by their spouses. 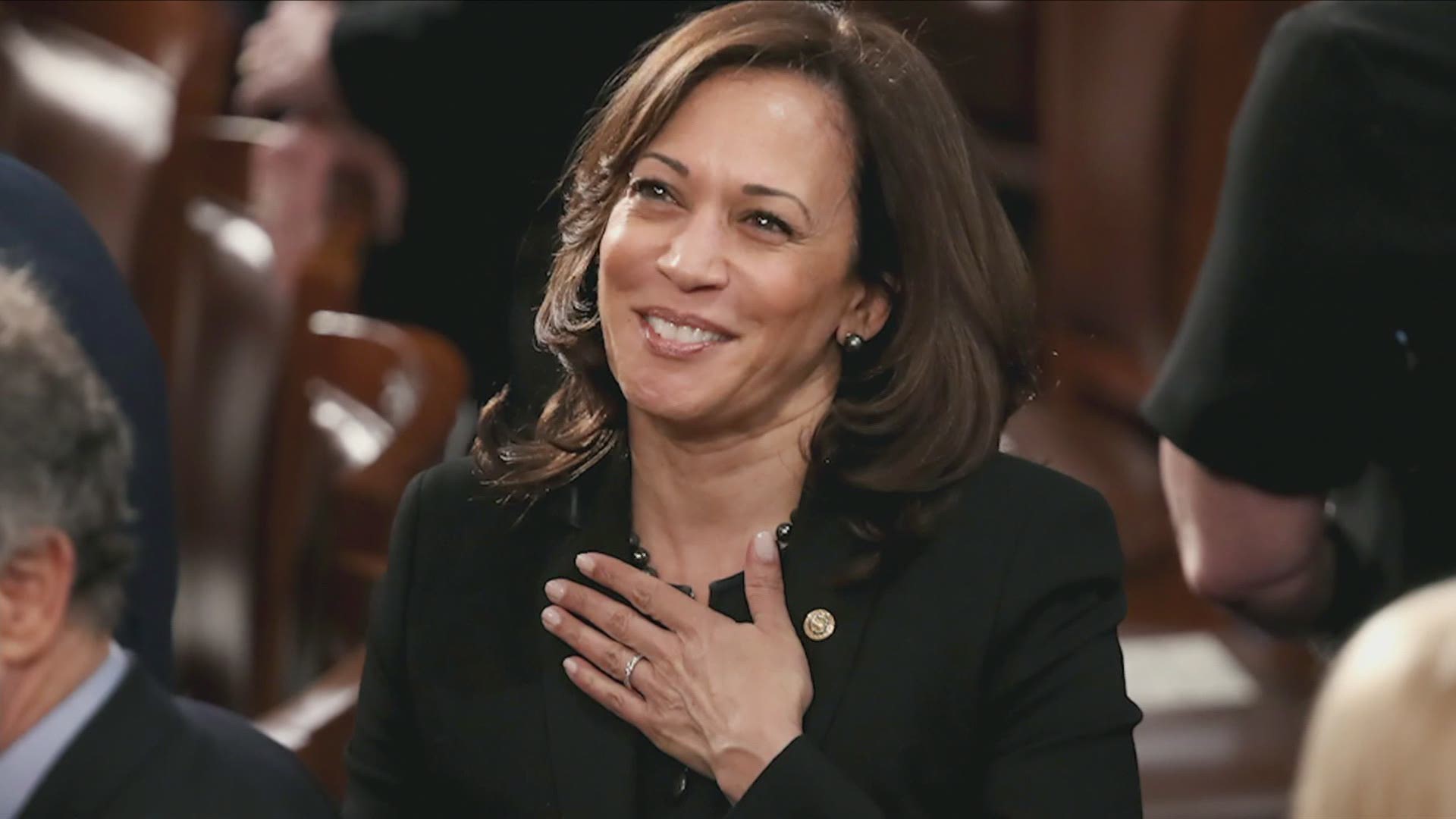 RELATED: Kamala Harris talks at DNC about obstacles to voting