Mondale, who served as vice president under Jimmy Carter and was the 1984 Democratic presidential nominee, died Monday at the age of 93. 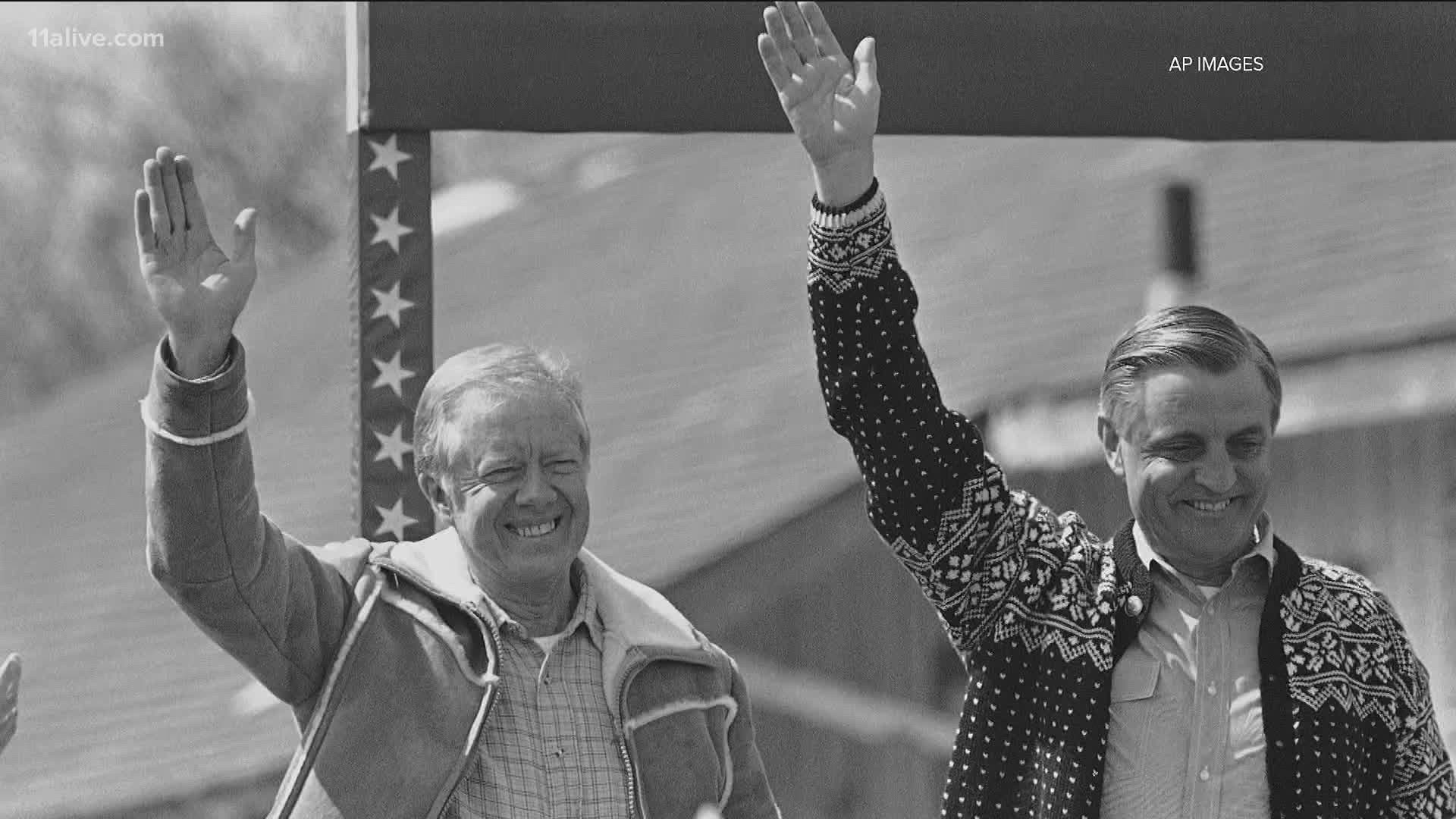 The following is a statement from former President Jimmy Carter on the passing of former Vice President Walter Mondale at the age of 93. It has not been edited.

"Today I mourn the passing of my dear friend Walter Mondale, who I consider the best vice president in our country's history. During out administration, Fritz used his political skill and personal integrity to transform the vice presidency into a dynamic, policy-driving force that had never been seen before and still exists today. He was an invaluable partner and an able servant of the people of Minnesota, the United States, and the world. Fritz Mondale provided us all with a model for public service and private behavior. Rosalynn and I join all Americans in giving thanks for his exemplary life, and we extend our deepest condolences to his family."

Here is more on Mondale from the Associated Press.

The death of the former senator, ambassador and Minnesota attorney general was announced in a statement from his family. No cause was cited.

Mondale followed the trail blazed by his political mentor, Hubert H. Humphrey, from Minnesota politics to the U.S. Senate and the vice presidency, serving under Jimmy Carter from 1977 to 1981.

Mondale's own try for the White House, in 1984, came at the zenith of Ronald Reagan’s popularity. His selection of Rep. Geraldine Ferraro of New York as his running mate made him the first major-party presidential nominee to put a woman on the ticket, but his declaration that he would raise taxes helped define the race. On Election Day, he carried only his home state and the District of Columbia.

His Senate career was marked by advocacy of social issues such as education, housing, migrant workers and child nutrition. Like Humphrey, he was an outspoken supporter of civil rights.