While the IRS won't start processing returns until mid-February, you can still start filing your taxes with third-party tax software companies. 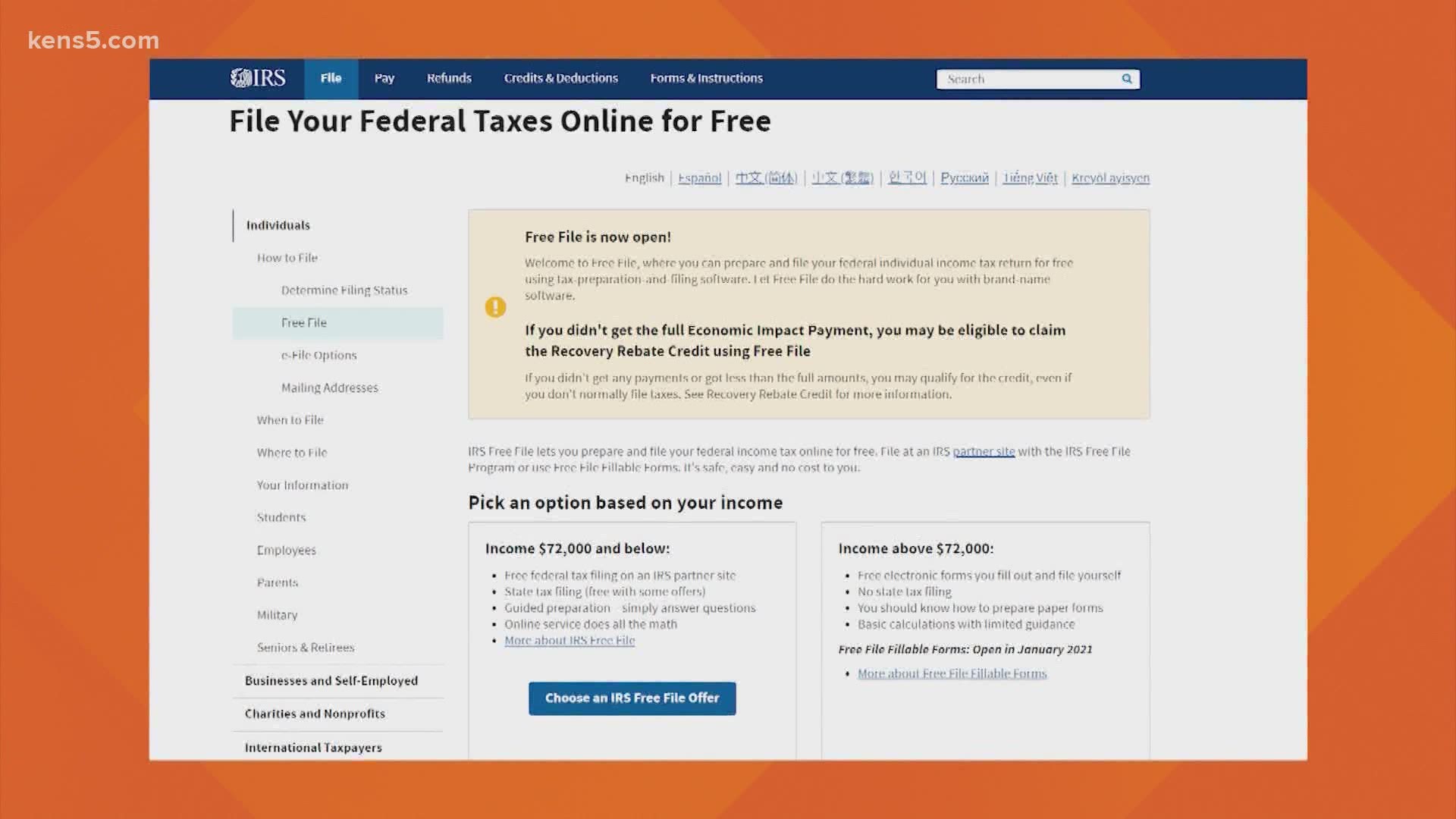 WASHINGTON — Tax filing season will be kicking off a few weeks later than normal. However, Tax Day's date remains the same.

The IRS announced Friday it will begin accepting and processing 2020 tax returns on Friday, Feb. 12, 2021.

According to the agency, the later start will allow more time for programming and testing of IRS systems directly impacted by some of the tax law changes in the latest COVID-19 stimulus package approved late last month.

While the IRS won't start processing returns until mid-February, you can still start filing your taxes with third-party tax software companies, including IRS Free File partners.

Tax returns completed with those companies will be sent to the IRS when tax filing season starts Feb. 12.

While the start to tax season has been pushed back, Thursday, April 15 remains the 2021 deadline for filing taxes.

RELATED: Biden to outline plan for getting COVID-19 vaccines to the public

RELATED: VERIFY: Here's what to do if your stimulus check hasn't arrived or if it's less than expected

"Planning for the nation's filing season process is a massive undertaking, and IRS teams have been working non-stop to prepare for this as well as delivering Economic Impact Payments in record time," IRS Commissioner Chuck Rettig said. "Given the pandemic, this is one of the nation's most important filing seasons ever. This start date will ensure that people get their needed tax refunds quickly while also making sure they receive any remaining stimulus payments they are eligible for as quickly as possible."

While tax seasons often start in late January, the IRS says there've been five times since 2007 when filing seasons didn't start for some people until February because of law changes made just before the beginning of tax time.