The image of Finnegan and Maxwell running to hug each other highlights a new fashion campaign aimed at desegregating the conversation about race. 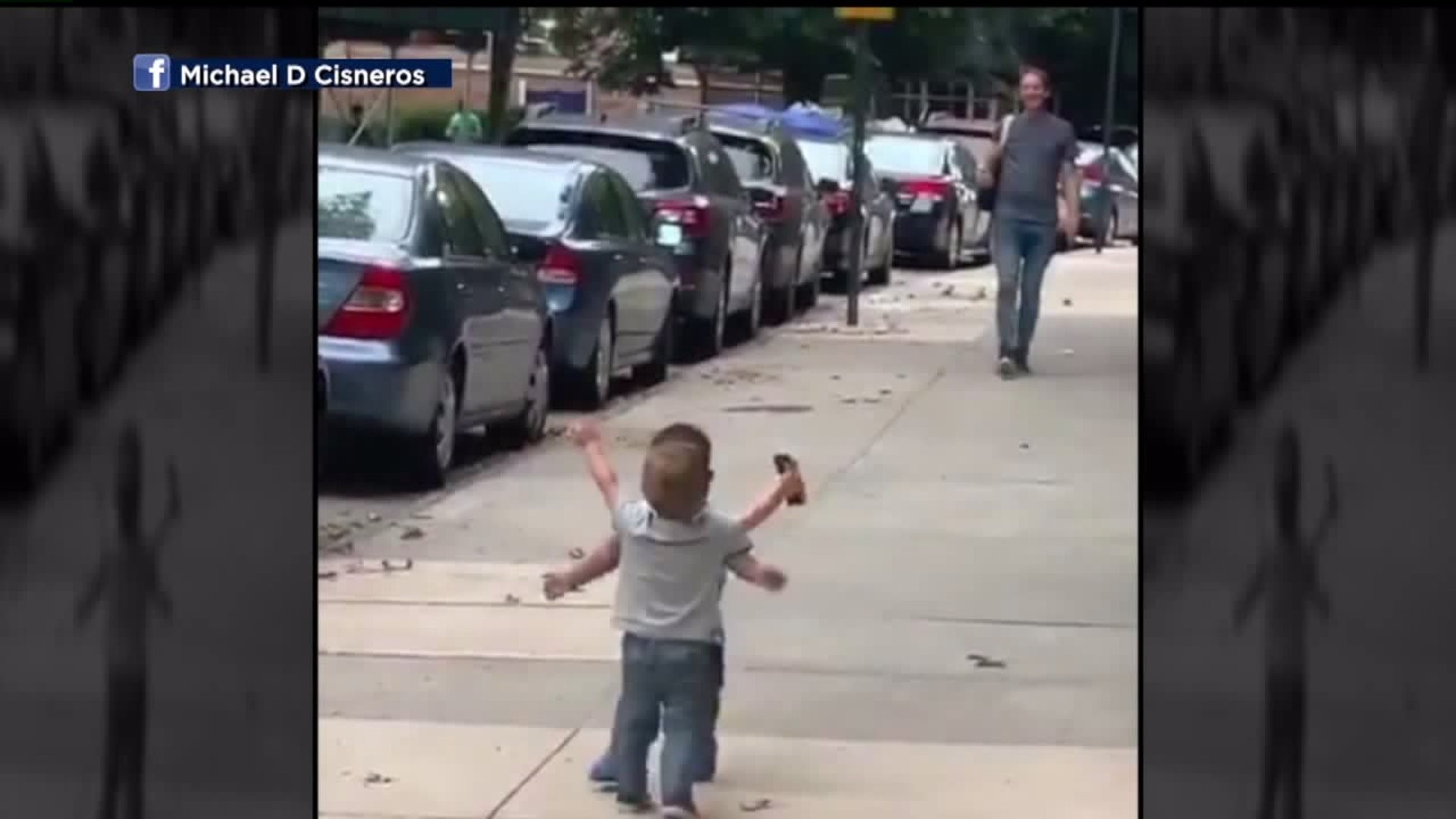 NEW YORK — Two toddler best friends -- one Black and one white -- whose excited embrace lit up social media last year are teaming up as part of a fashion campaign to promote anti-racism and to help open the conversation about race.

A video of Maxwell Hanson and Finnegan went viral last September showing them running toward each other and hugging on a sidewalk. Maxwell's dad, Michael Cisneros, noted at the time that it was a "beautiful video" given "all the racism and hate" that was happening.

Leisure athleticwear company Boy Meets Girl is featuring Maxwell and Finnegan in a campaign, with shirts and sweaters showing the boys in their iconic hug on the sidewalk. The shirts say "Together We Stand."

"Spreading love over hate has been my underlining mission and bringing together communities to open the conversation and to learn is what we all need to be doing right now," said Stacy Igel, Boy Meets Girl Creative Director, in a statement.

The company released images of the boys in the "Together We Stand" T-shirts while wearing their cloth coronavirus facemasks.

Credit: Boy Meets Girl
Finnegan McKenna and Maxwell Hanson wear facemasks as they sport T-shirts for the "Together We Stand" campaign.

RELATED: Adorable viral video shows toddler 'besties' running to give each other a hug

The proceeds from the campaign benefit From Privilege To Progress. The national movement says it is aimed at desegregating the conversation about race and racism. It was started by Melissa DePino and Michelle Saahene. The women -- one Black, one white -- say they were in the Philadelphia coffee shop where two black men were arrested in 2018 after not buying anything and were behind the video of the arrest that went viral.

“It has been a great opportunity to collaborate with Boy Meets Girl to create these shirts," said Erica McKenna, Finnegan's mother, in a statement. "Every time we speak up, there is a chance to make a difference. We hope that this shirt encourages unity among people of all races, and for those of us who are privileged, it should also serve as a call and reminder to speak up against racism, in all of its forms.

"As the father of a Black son, I am beginning to know the fear that parents of Black children have," said Cisneros in a statement." Maxwell is young now, but to think about him and other Black children not returning home because the color of their skin is indescribable. We were fortunate enough to have a video that gave us a platform to use for change that is desperately needed.

Fans of Maxwell and Finnegan can continue to watch their adventures on their Instagram page @wellegan (that's maxWELL and finnEGAN).