Movement in Congress is accelerating toward new curbs on the companies’ long-held legal protections for speech posted on their platforms. 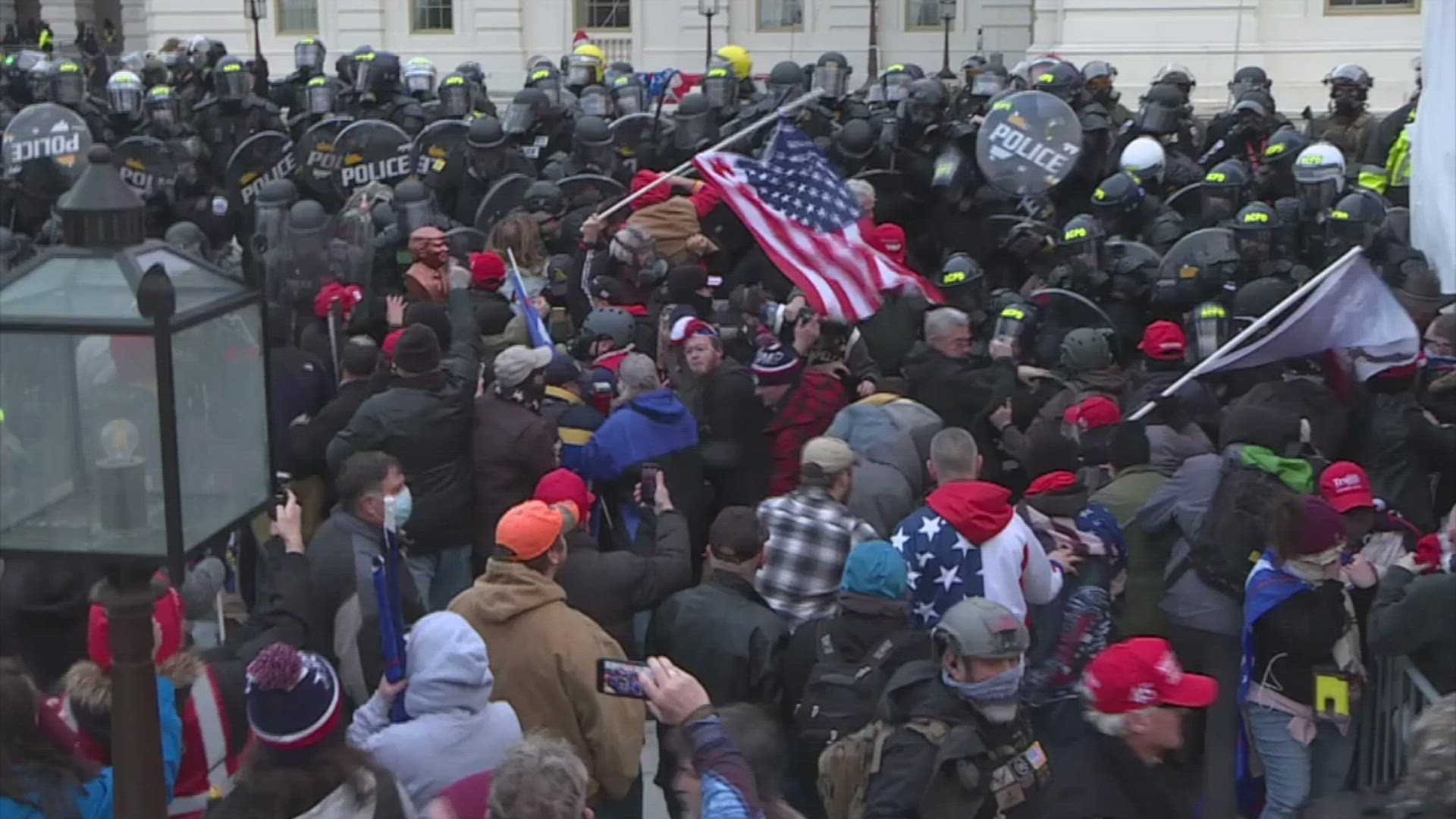 WASHINGTON — The CEOs of tech giants Facebook, Twitter and Google faced a grilling in Congress Thursday as lawmakers tried to draw them into acknowledging their companies' roles in fueling the January insurrection at the U.S. Capitol and rising COVID-19 vaccine misinformation.

In a hearing by the House Energy and Commerce Committee, lawmakers pounded Facebook CEO Mark Zuckerberg; Sundar Pichai, the CEO of Google, which owns YouTube; and Twitter chief Jack Dorsey over their content policies, use of consumers’ data and children's media use.

Republicans raised long-running conservative grievances, unproven, that the platforms are biased against conservative viewpoints and censor material based on political or religious viewpoints.

There is increasing support in Congress for legislation to rein in Big Tech companies.

“The time for self-regulation is over. It’s time we legislate to hold you accountable,” said Rep. Frank Pallone, D-N.J., the committee’s chairman.

That legislative momentum, plus the social environment of political polarization, hate speech and violence against minorities, was reflected in panel members' impatience as they questioned the three executives. Several lawmakers demanded yes-or-no answers and repeatedly cut the executives off.

“We always feel some sense of responsibility,” Pichai said. Zuckerberg used the word “nuanced” several times to insist that the issues can’t be boiled down. “Any system can make mistakes” in moderating harmful material, he said.

Shortly after the hearing began, it became clear that most of the lawmakers had already made up their minds that the big technology companies need to be regulated more rigorously to rein in their sway over what people read and watch online.

In a round of questioning that served as both political theater and a public flogging, lawmakers called out the CEOs for creating platforms that enabled the spread of damaging misinformation about last year’s U.S. presidential election and the current COVID-19 vaccine, all in a relentless pursuit of profit and higher stock prices.

Lawmakers also blamed the companies’ services for poisoning the minds of children and inciting the deadly insurrection at the Capitol, as well as contributing to the more recent mass murders in Atlanta and Boulder, Colorado.

The three CEOs staunchly defended their companies’ efforts to weed out the increasingly toxic content posted and circulated on services used by billions of people, while noting their efforts to balance freedom of speech.

Democrats are laying responsibility on the social media platforms for disseminating false information on the November election and the “Stop the Steal” voting fraud claims fueled by former President Donald Trump, which led to the deadly attack on the Capitol. Rep. Mike Doyle, a Pennsylvania Democrat, told the CEOs that the riot “started and was nourished on your platforms.”

Support is building for Congress to impose new curbs on legal protections regarding speech posted on their platforms. Both Republicans and Democrats — including President Joe Biden as a candidate — have called for stripping away some of the protections under so-called Section 230 of a 25-year-old telecommunications law that shields internet companies from liability for what users post.

The tech CEOs defended the legal shield under Section 230, saying it has helped make the internet the forum of free expression that it is today. Zuckerberg, however, again urged the lawmakers to update that law to ensure it’s working as intended. He added a specific suggestion: Congress could require internet platforms to gain legal protection only by proving that their systems for identifying illegal content are up to snuff.

Facebook hasn’t yet decided whether it will banish the former president permanently. The company punted that decision to its quasi-independent Oversight Board — sort of a Supreme Court of Facebook enforcement — which is expected to rule on the matter next month.

Researchers say there’s no evidence that the social media giants are biased against conservative news, posts or other material, or that they favor one side of political debate over another.

Democrats, meanwhile, are largely focused on hate speech and incitement that can spawn real-world violence. An outside report issued this week found that Facebook has allowed groups — many tied to QAnon, boogaloo and militia movements — to extol violence during the 2020 election and in the weeks leading up to the deadly riots on the Capitol.

With the tone and tenor of Thursday's hearing set early in the hearing, many internet and Twitter users seemed more interested in Dorsey’s fresh buzz cut and trimmed bread. His newly groomed appearance captured immediate attention because it was a stark contrast to his scraggly beard that drew comparisons to Rasputin in last year’s remote appearances before Congress.

Another point of curiosity: a mysterious clock in Dorsey’s kitchen that displayed sets of figures that seemed to be randomly changing in a way that made it clear it had nothing to do with the time of day. The tech blog Gizmodo eventually revealed the device was a “BlockClock” that shows the latest prices of cryptocurrencies like bitcoin and ethereum.

Credit: AP
This combination of 2018-2020 photos shows, from left, Twitter CEO Jack Dorsey, Google CEO Sundar Pichai, and Facebook CEO Mark Zuckerberg. Less than a week before Election Day, the CEOs of Twitter, Facebook and Google are set to face a grilling by Republican senators who accuse the tech giants of anti-conservative bias. Democrats are trying to expand the discussion to include other issues such as the companies’ heavy impact on local news. (AP Photo/Jose Luis Magana, LM Otero, Jens Meyer)