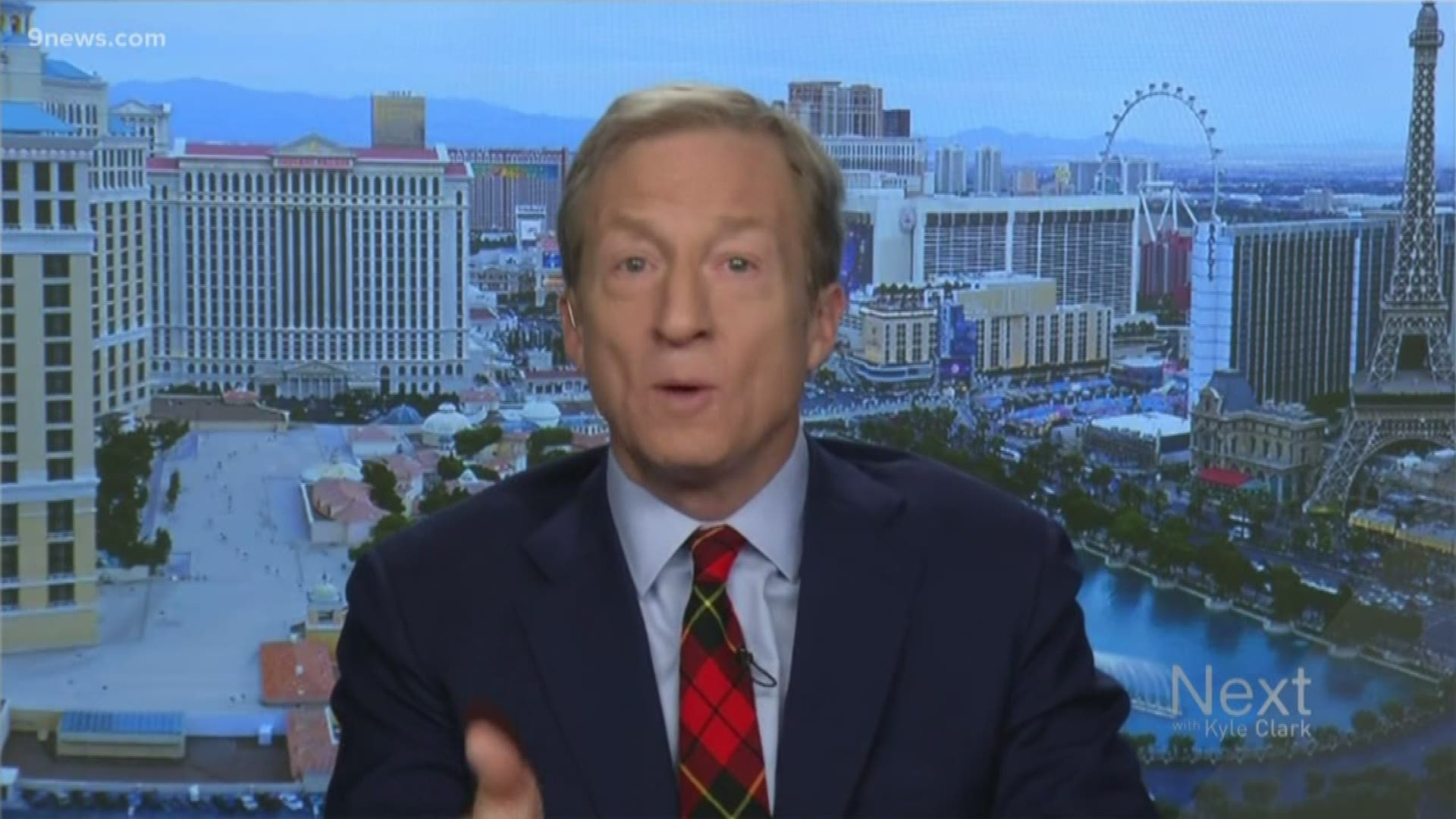 COLUMBIA, S.C. — Editor's note: The video above was published on Tuesday.

Billionaire activist Tom Steyer is ending his Democratic presidential campaign after pouring millions of dollars into his bid.

Steyer made the announcement Saturday night that he has dropped out of the Democratic presidential race, following a disappointing finish in the South Carolina primary. Former Vice President Joe Biden notched his first primary win in the state, while Democratic front-runner Vermont Sen. Bernie Sanders finished second.

Steyer said that at this point, “honestly, I can't see a path where I can win the presidency.”

The California billionaire said he got into the race because he didn't think racial injustice was being addressed in the country. He said he will continue to work to address that issue. He also thanked his supporters and pledged that he would never forget South Carolina, where he focused most of his presidential efforts.

“The people who have endorsed me have stood up in a very red state where I have seen things that have broken my heart,” Steyer said.

He added: “I’m not leaving. We are already working to figuring out ways to make sure that we stay in South Carolina.”

RELATED: Biden says 'we are very much alive' after blowout win in South Carolina Democratic primary

An aide to Steyer had said the Democratic presidential candidate was set to make an announcement Saturday night, the details of which were not immediately clear until Steyer took the stage to address voters in South Carolina.

During his speech, Steyer said that running for president and meeting Americans across the country has been the highlight of his life. "I love you," he said, thanking the crowd.

He didn't endorse a candidate, but said any of his former rivals would be much better than President Trump, calling him and South Carolina Republican Sen. Lindsey Graham, "disasters."