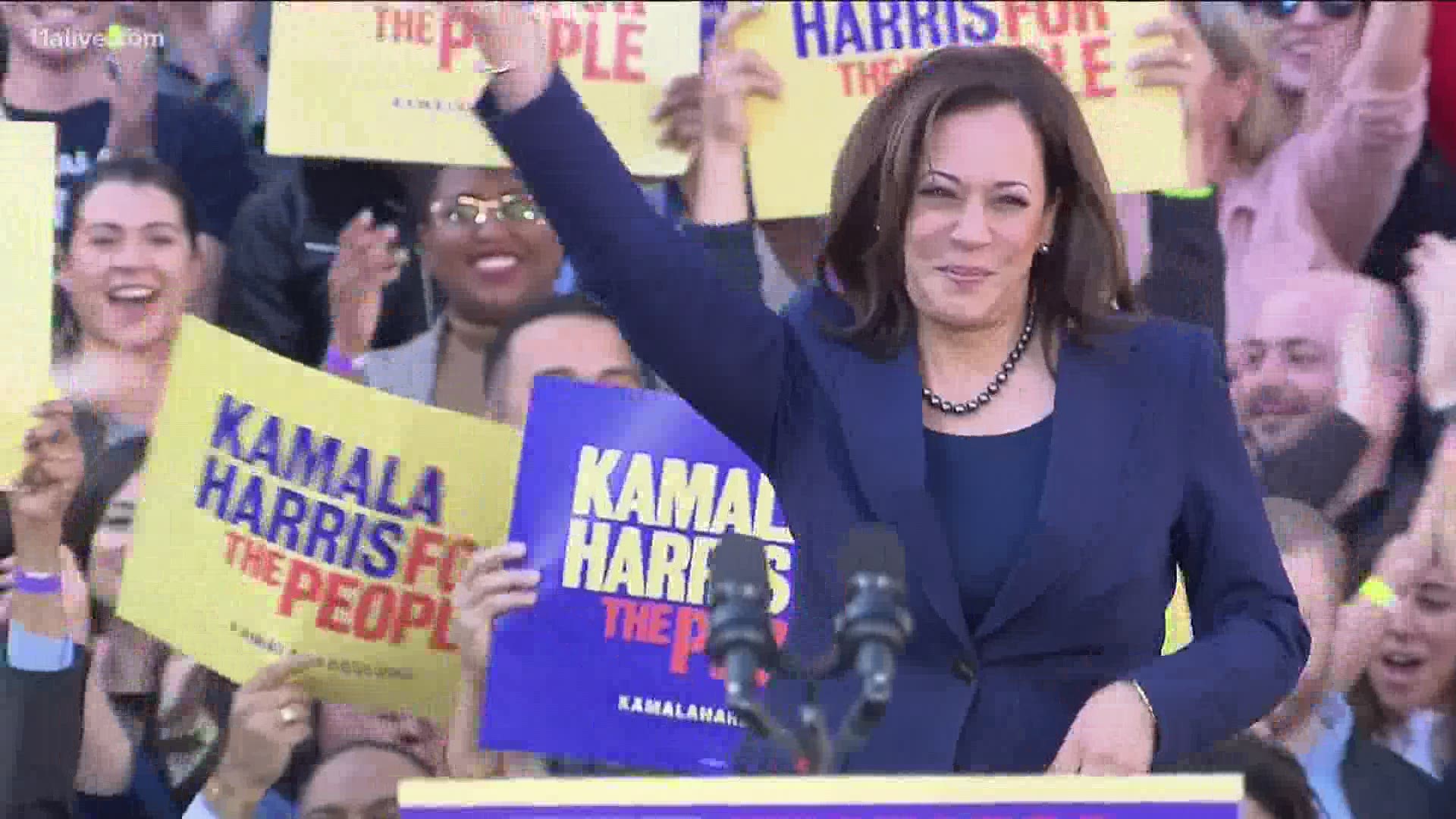 I have the great honor to announce that I’ve picked @KamalaHarris — a fearless fighter for the little guy, and one of the country’s finest public servants — as my running mate.

Back when Kamala was Attorney General, she worked closely with Beau. I watched as they took on the big banks, lifted up working people, and protected women and kids from abuse. I was proud then, and I'm proud now to have her as my partner in this campaign.

Others across the political spectrum, including her former opponents for the presidential nomination, were quick to comment:

.@JoeBiden can unify the American people because he's spent his life fighting for us. And as president, he'll build an America that lives up to our ideals.

I'm honored to join him as our party's nominee for Vice President, and do what it takes to make him our Commander-in-Chief.

I’ve known Senator @KamalaHarris for a long time. She is more than prepared for the job. She’s spent her career defending our Constitution and fighting for folks who need a fair shake. This is a good day for our country. Now let’s go win this thing. pic.twitter.com/duJhFhWp6g

This is history. Kamala is a trailblazer who will serve this country well as the first Black and Asian American woman on a major party's ticket. pic.twitter.com/zUlL2TXkJ3

Congratulations to @KamalaHarris, who will make history as our next Vice President. She understands what it takes to stand up for working people, fight for health care for all, and take down the most corrupt administration in history. Let’s get to work and win.

.@KamalaHarris fights tirelessly for justice, dignity, and equality for all Americans.

I'm thrilled she's joining the ticket and can't wait to call her my Vice President.

I'm thrilled to welcome @KamalaHarris to a historic Democratic ticket. She's already proven herself to be an incredible public servant and leader. And I know she’ll be a strong partner to @JoeBiden. Please join me in having her back and getting her elected. pic.twitter.com/cmtOO8Gqqv

Senator @KamalaHarris will be a formidable opponent.

She is smart, aggressive, and has fully bought in to the Democratic Party’s very liberal agenda. #Trump2020

A historic announcement! @KamalaHarris is a talented, dynamic, and groundbreaking leader who will make a fantastic VP.

She's already generating excitement among voters and I know she’ll be a fantastic partner to @JoeBiden as we work to defeat Trump and bring our nation together. https://t.co/9Z7SpTX1Y3

I've been lucky to get to fight alongside my friend @KamalaHarris in the Senate—and I’m thrilled to support her through her next journey.

Congratulations, Kamala! You and @JoeBiden make a strong ticket to lead Democrats to victory in November. I'll be cheering you on! pic.twitter.com/IzCwQGxc7M

My warmest congratulations to ⁦@KamalaHarris⁩. I am confident Biden-Harris will prove to be a winning ticket. I will do my utmost to help them win and govern. 👇🏽 pic.twitter.com/9pfJggZSV9

We didn’t need any more proof that Joe Biden isn’t the so-called moderate he pretends to be—but we just got it. Just like him, Kamala Harris will say and do anything to please the radical left.

.@KamalaHarris is a fantastic choice for Vice President, and I'm excited to work hard over the next three months to help elect @JoeBiden and @KamalaHarris. Are you ready to get to work? pic.twitter.com/mgEqz0yl3T

I am very pleased with @JoeBiden’s decision to choose @KamalaHarris as his VP.

Those of us who have been battling for years now trying to move this country forward toward a more perfect union are very pleased.

I think all women in this nation can be proud of this moment.