Total solar eclipse to stretch from Texas to Maine on April 8, 2024

Mark your calendars! We are now just three years away from a total solar eclipse passing through the eastern half of the United States. 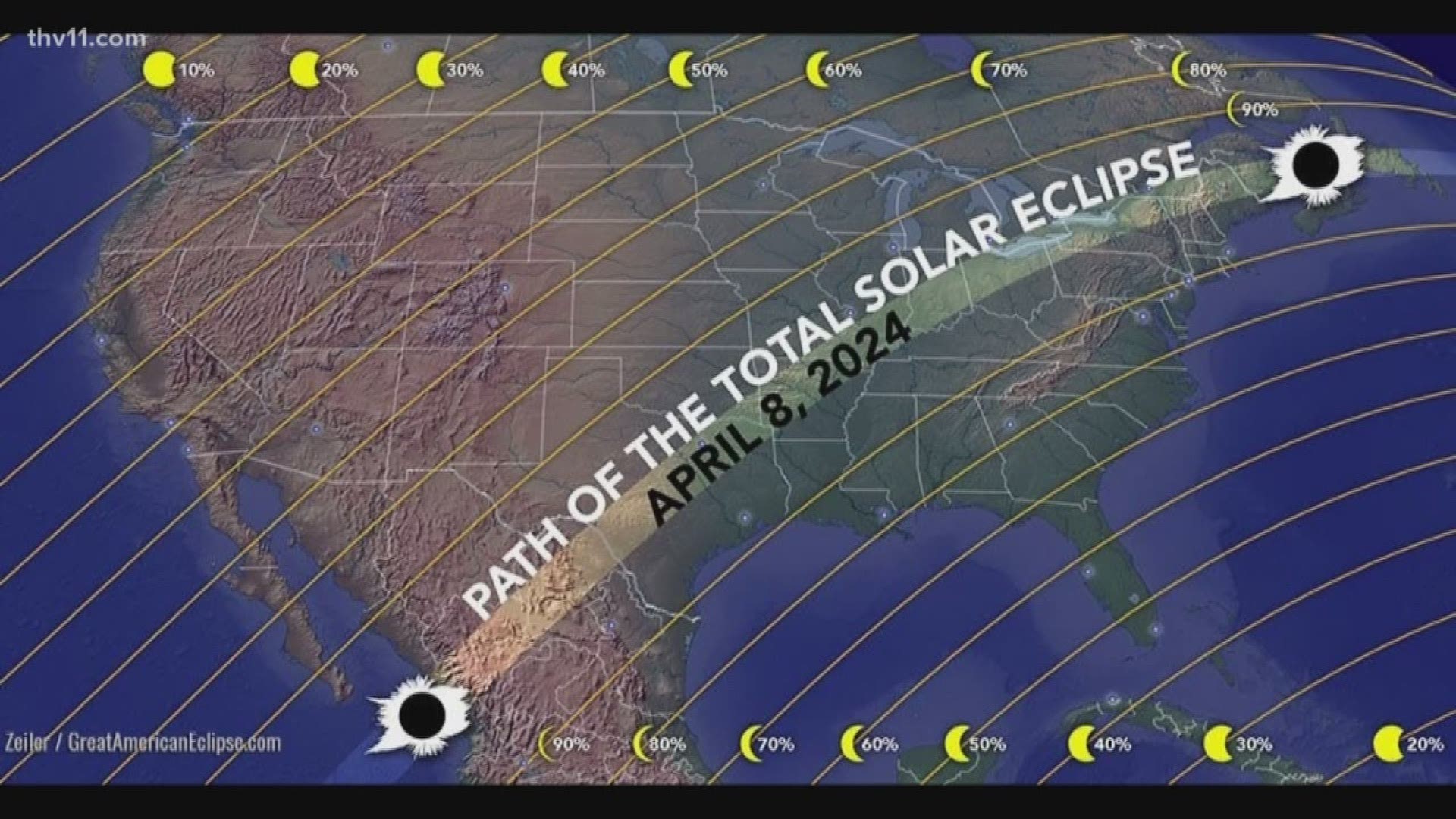 Mark your calendars! A solar eclipse stretching across a large portion of the country will grace the sky in three years on April 8, 2024.

A solar eclipse occurs at the exact moment when the moon passes between the sun and Earth blocking the sun's light. The short time when the moon completely blocks the sun is known as the period of totality.

Instead of stretching coast-to-coast like the 2017 "Great American Eclipse", the path of totality for 2024's event largely covers the eastern half of the United States.

According to Forbes, 32 million people live within the path of totality for the 2024 eclipse, compared to just 12 million who lived within the 2017 path.

Some of the major cities in the path of totality include Austin, Dallas, Indianapolis, Cleveland, Buffalo and Syracuse.

Before reaching the U.S., the April 2024 eclipse will go through parts of Mexico and continue through the eastern portion of Canada.

Credit: NEWS CENTER Maine
The path of the 2024 total solar eclipse through the United States.

RELATED: What is causing X-rays coming from Uranus?

Opposite of a solar eclipse is a lunar eclipse, which is when the Earth moves between the sun and the moon.