The NFL draft is heading to the Music City. NFL team owners approved the Tennessee Titans' bid to host the 2019 NFL Draft in Nashville. 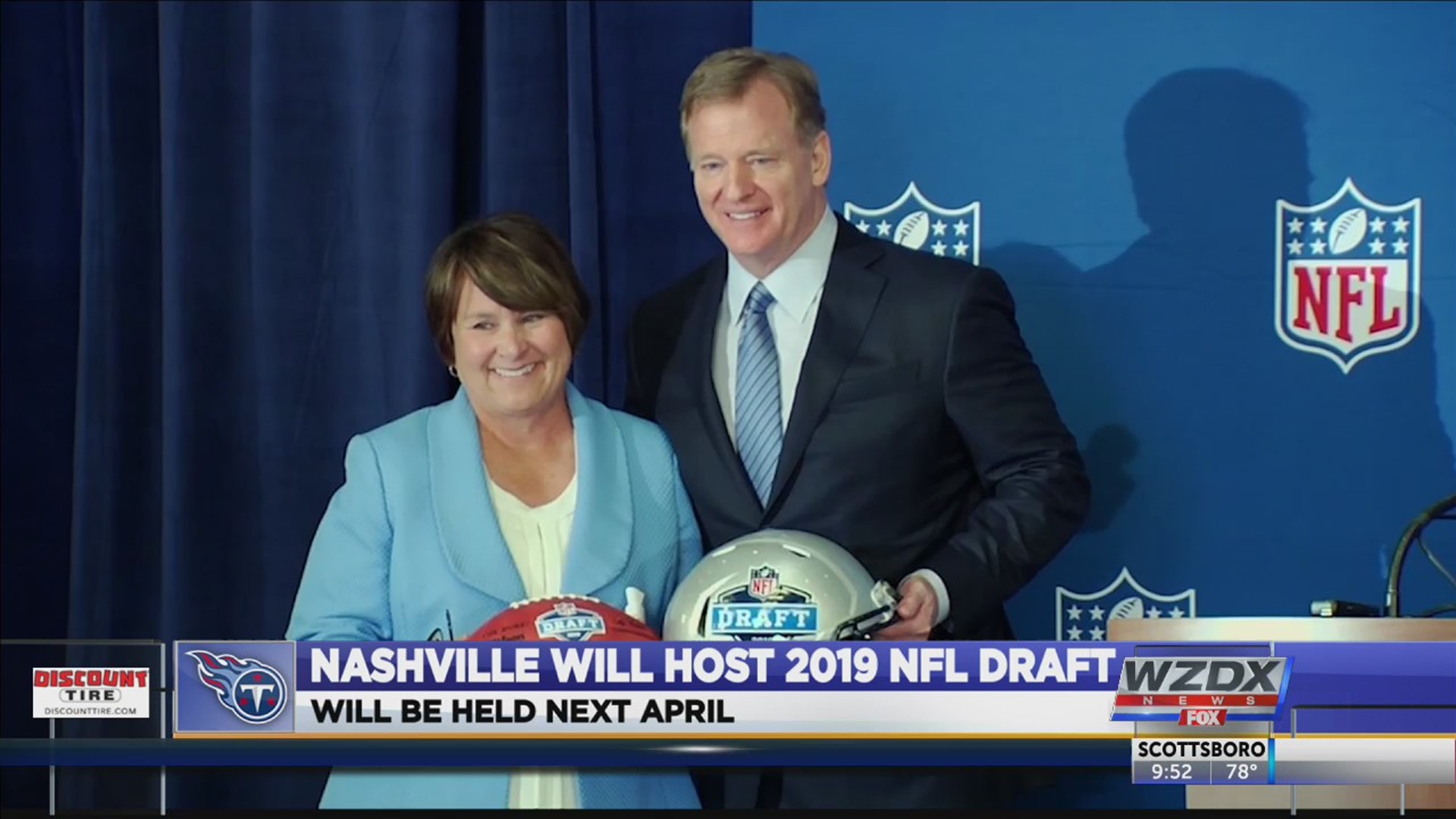 The NFL draft is heading to the Music City.

NFL team owners approved the Tennessee Titans‘ bid to host the 2019 NFL Draft in Nashville. The selection was ratified Wednesday at the Spring League Meeting in Atlanta. The 84th NFL draft, which takes place April 25-27, 2019, will span across multiple landmarks in Nashville’s historic downtown district.
“I’m so excited for the city of Nashville and so proud that we’ve been selected as the host city for the 2019 NFL Draft,” Titans controlling owner Amy Adams Strunk said during a news conference. “As we all know, Nashville has a well-deserved reputation as a city that loves the big stage and loves a big party … we’re looking forward to April of next year.”

The NFL has made the draft a road show the past four years, holding it in Dallas last month, Philadelphia in 2017 and Chicago in 2015 and 2016. Several other cities were under consideration for hosting the 2019 draft, including Las Vegas and Denver.

“Following an exciting and successful event in Dallas, we’re thrilled to take the NFL draft to Nashville. The city has a passionate fan base and offers iconic locations that will enable us to expand the Draft in unique ways,” NFL Commissioner Roger Goodell said. “We look forward to working with the Tennessee Titans, the City of Nashville, and the Nashville Convention and Visitors Corp to deliver a memorable celebration of football to our fans and incoming players.”

If the Titans‘ new uniform unveiling earlier this year can be used as a barometer of Nashville’s football fanaticism, next year’s draft should draw plenty of fan interest from the Tennessee faithful and other NFL fans.