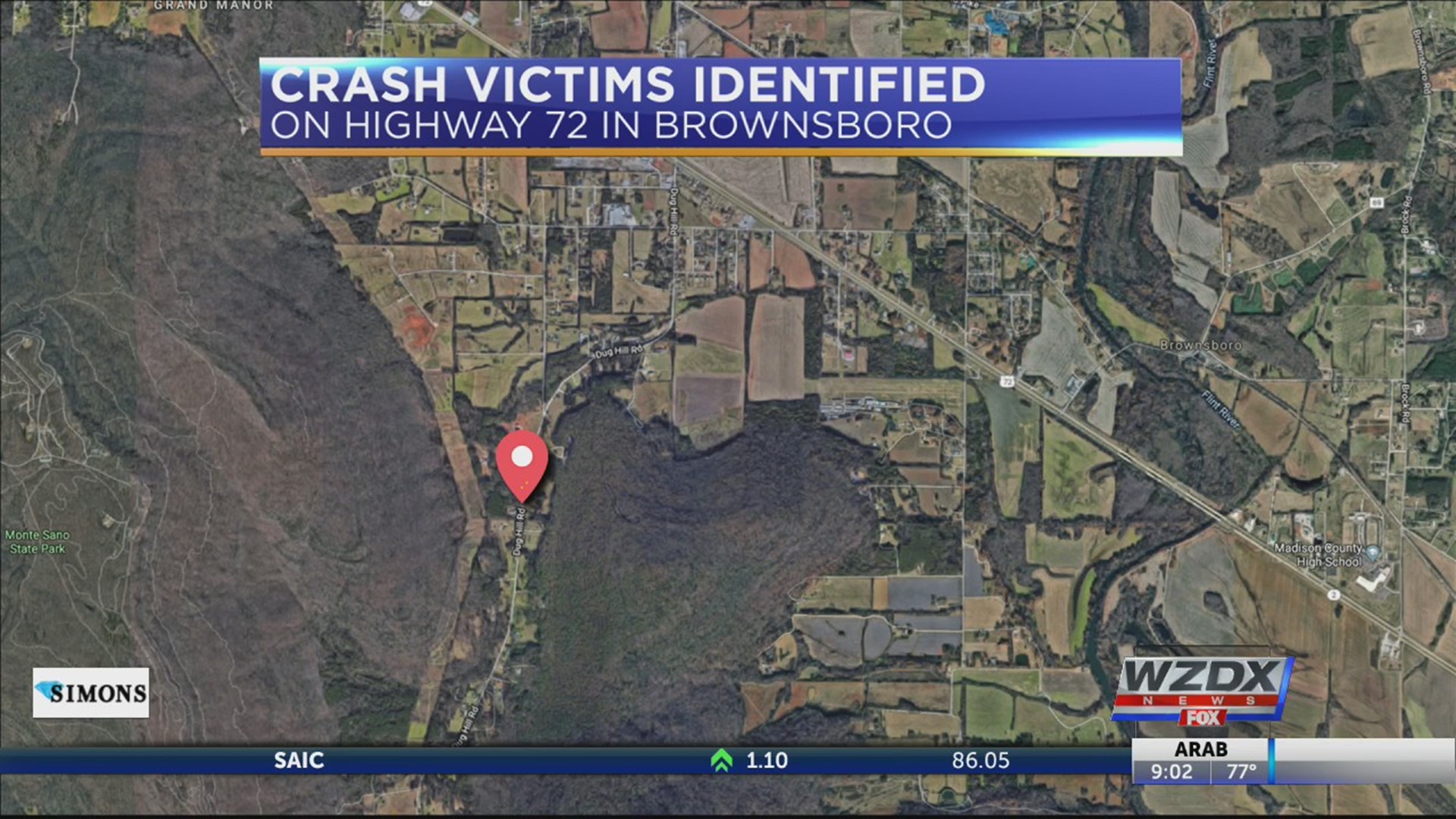 Two people were killed in a wreck at Highway 72 and Dug Hill Road in Brownsboro late Friday morning, June 7.

According to the Alabama Law Enforcment Agency (ALEA), the two-vehicle crash happened on on U.S. 72 four miles east of Huntsville. John and Julie Bolton of Grant were killed when the 2010 Lincoln MKZ he was driving collided with a 2008 Chevrolet Express Van. Both were pronounced dead at the scene.

The driver of the Chevrolet Van was injured and transported to a local area hospital.

No additional information is available at this time. Updates will be made as they become available.