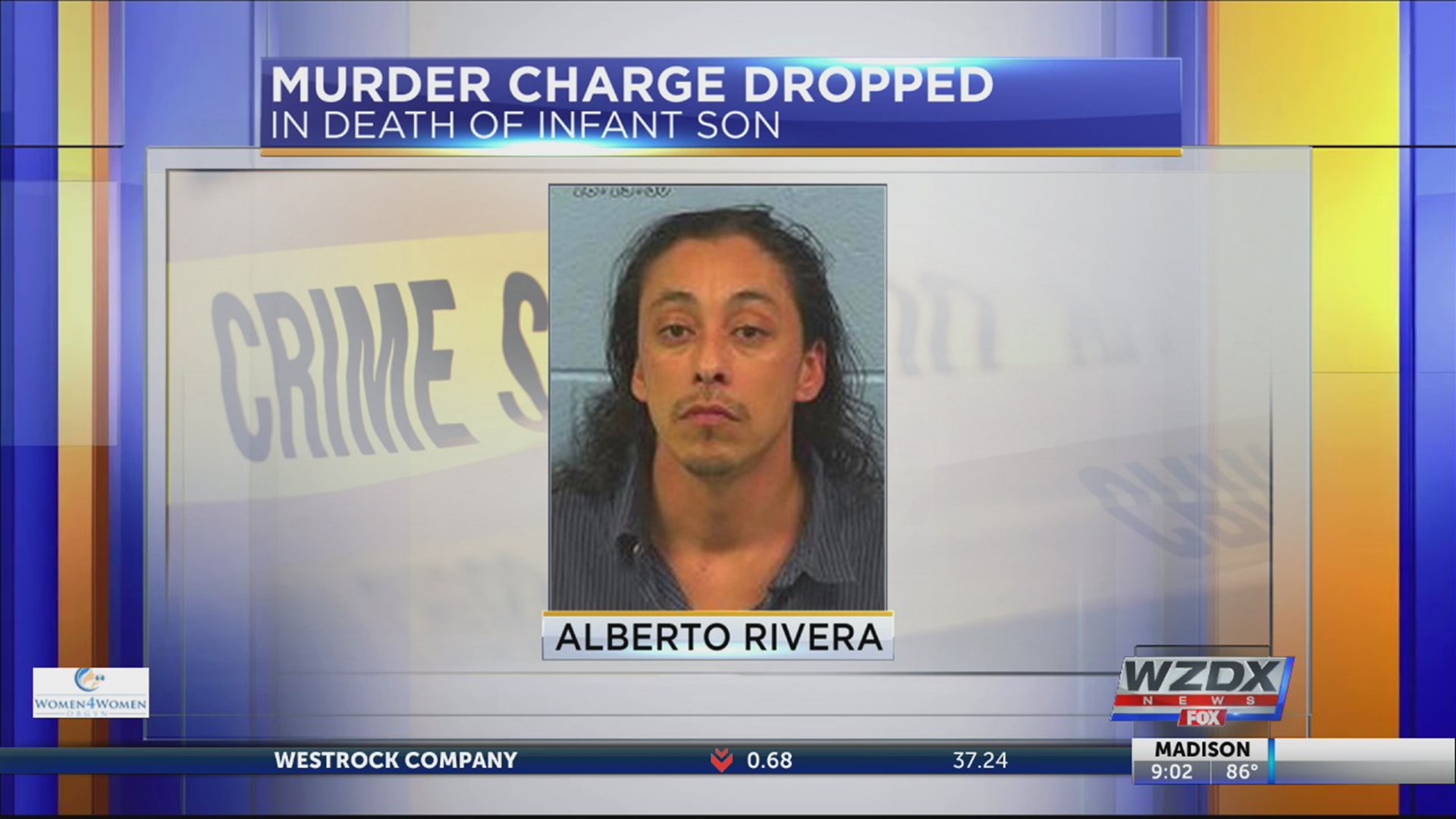 Prosecutors drop murder charges against a man accused of killing his infant son six years ago.

40-year-old Alberto Rivera is now a free man after prosecutors determined he was not responsible for his son’s death from blunt-force trauma in 2013. His now ex-wife 36-year-old Cassie Rivera pleaded guilty to manslaughter last July.

She was given a 20-year sentence, with five years to serve, but was given credit for time served and released from the Etowah County Detention Center.