What may surprise you: Khris is not a smoker. And she isn’t the only non- smoker who’s been given this diagnosis. About 20% of people who die from lung cancer i... 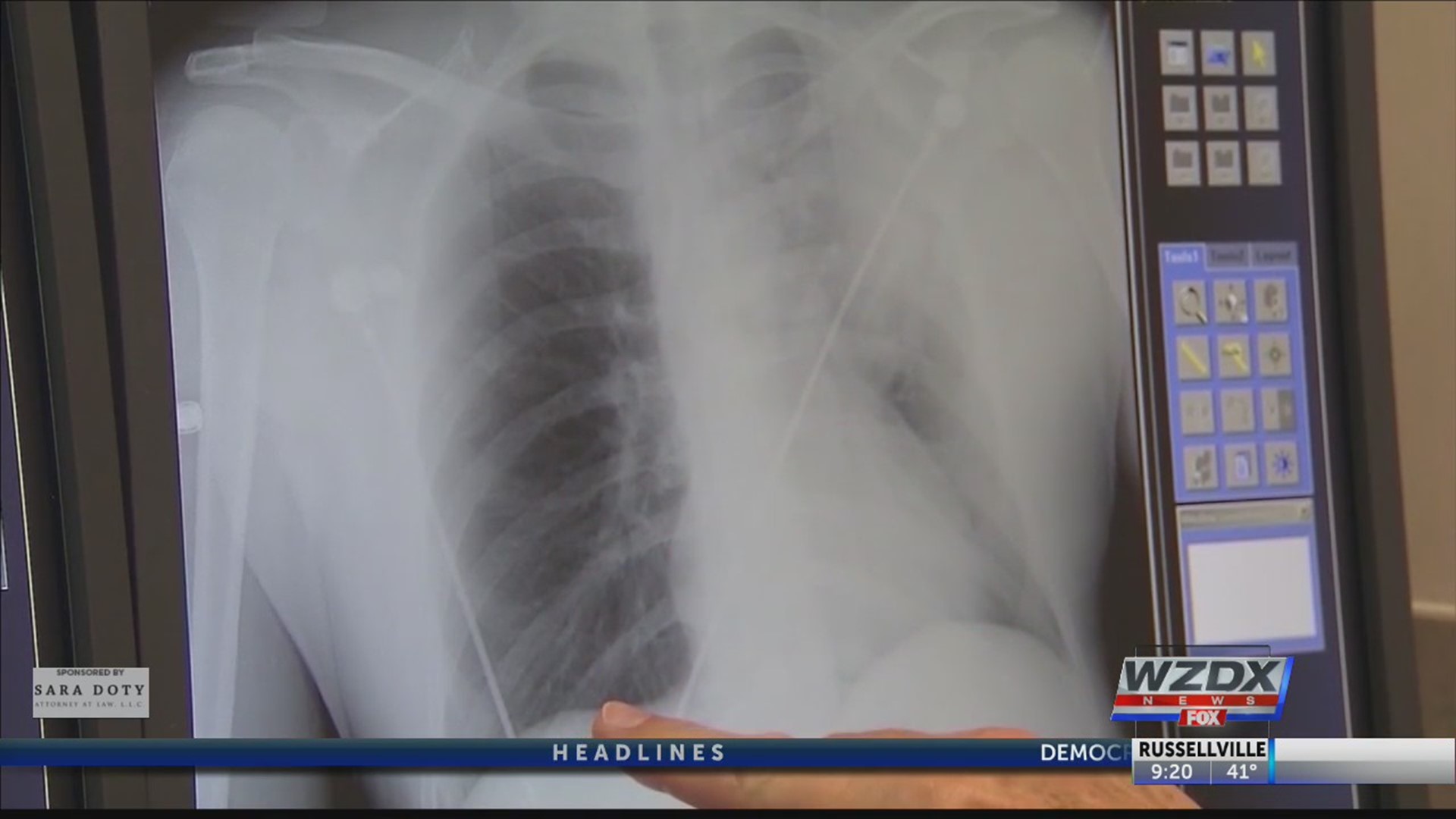 Lung cancer has been the most common form of cancer since 1985. But now, more people who don’t smoke are being diagnosed– and women could be at a higher risk.

In the past 41 years, the rate of new lung cancer diagnosis has increased 87 percent among women, and every five minutes a woman learns that she has lung cancer.

Khris Anderson tells us, “For many, many years, this was a death sentence.”

Khris Anderson is an Executive Director of the North Alabama Chapter of the American Red Cross . She’s a wife, mother and lung cancer survivor. She tells our reporter, “They told me that it would never get any better.”

In 2015, Khris went to the doctor to look at a simple rash. She was on medication for a possible tick bite when her health took a turn for the worse. Anderson says, things “escalated really quickly to large amounts of blood being coughed up.”

The doctors took a look at her lungs and saw a mass. But, doctors told her, lung cancer wasn’t a realistic diagnosis. Khris Anderson says, “Even then they’re telling me, ‘This is not lung cancer. You’re not a smoker.”

After a few more visits to several doctors and multiple x-rays, Khris learned she had stage 4 lung cancer. She says her health began to decline very quickly.

What may surprise you: Khris is not a smoker. And she isn’t the only non- smoker who’s been given this diagnosis. About 20% of people who die from lung cancer in the United States every year have never smoked or used any form of tobacco.

Khris Anderson says, “I don’t think it’s on top of mind. I don’t think a lot of women ever really expect to be diagnosed with it.”

While being treated, Khris was in need of blood, and received the same aid from Red Cross that she helped give to countless others.

Now, Khris spends her time spreading awareness to let others know– it can happen to them. She says, “I think one of the best things you can do when you’re faced with a crisis, or fear or depression… is really get out and get outside of yourself– and help someone else.”