Mom-to-be tested positive for meth; parents had no clue they were living in a former meth lab

In Missouri, a seller who knows that a home once had a drug lab in it is required to tell the buyer. Nobody told the Hessels. 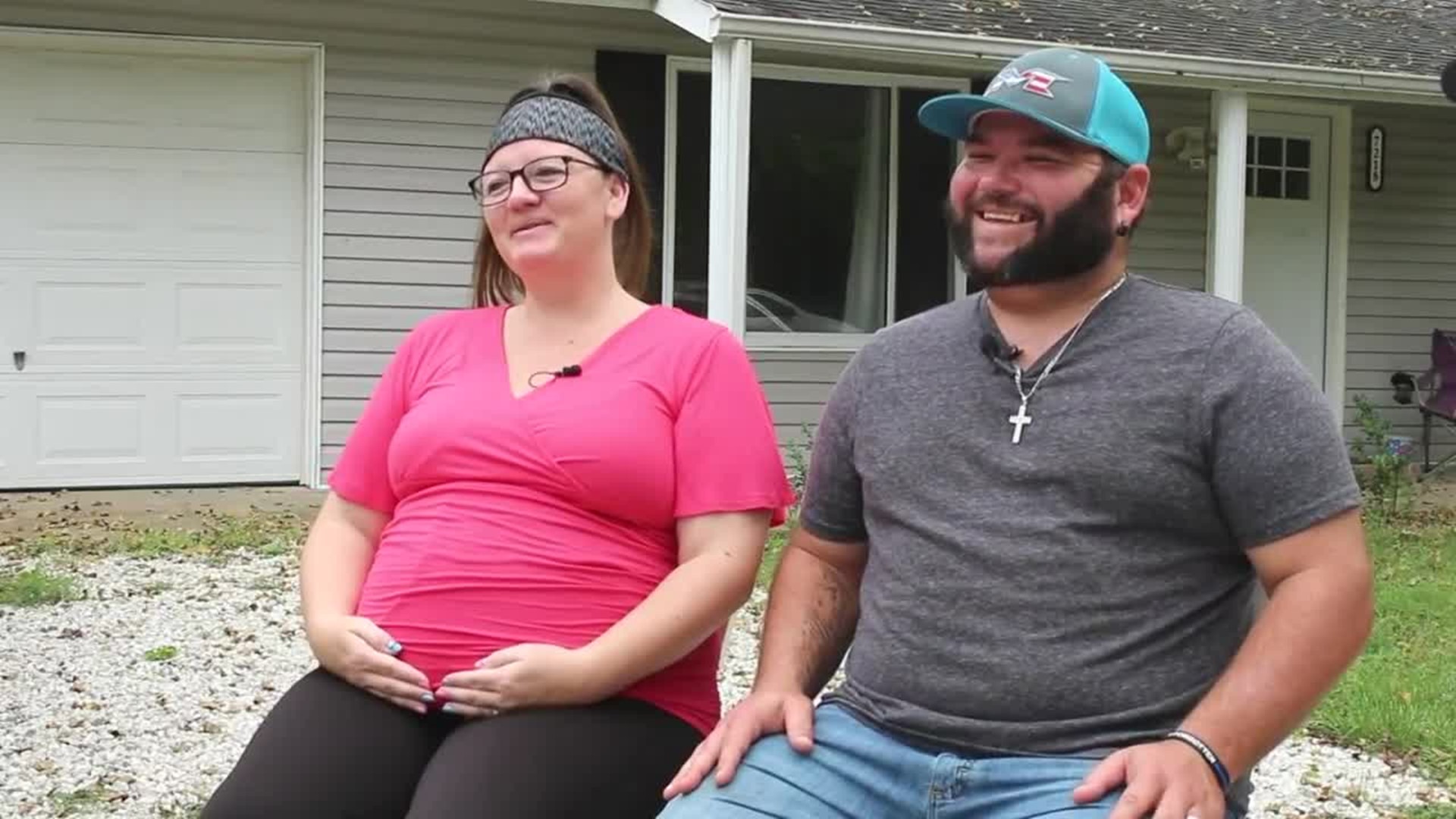 JEFFERSON COUNTY, Mo. (KSDK) – In Missouri, a seller who knows that a home once had a drug lab in it is required to tell the buyer. Nobody told the Hessels.

Elisha Hessel was doing everything the right way. She and her husband had been trying to have a child for three years. They were living in a dream home that looked like new. When she got pregnant, she went in for the recommended blood tests.

“When they called me, I didn’t know what that meant. So, I asked the nurse if that meant like, drugs in general,” Hessel said. “She basically just said ‘yes’ and asked me if I could explain that.”

Hessel didn’t have an explanation.

Elisha and her husband Tyler said they’ve never been around meth. They have no criminal history of drug use. Then they discovered that the home’s history was the problem.

“Through speaking with neighbors and kind of getting hints here and there,” said Hessel. “I went ahead and bought a test over the internet and tested it myself and it did come back with unsafe levels in the home.”

In Missouri, a seller who knows that a home once had a drug lab in it is required to tell the buyer. Nobody told the Hessels. They found the address on Jefferson County’s list of 2013 meth lab seizures.

Today, the home is abandoned. More testing showed that the home’s ventilation system is heavily contaminated with methamphetamine and meth-making residue. The perfect “little safari” nursery that Elisha planned for her baby girl is just too dangerous.

‘Every house has a history’

Elisha Hessel knew that every house has a history when they bought their Jefferson County home. Six years ago, the four-bedroom house was living a different life.

On Oct. 3, 2013, police responded to a tip at the home about a possible meth lab. According to a police report, officers said a man ran to the backyard as soon as he saw the officers. Police found a burned barrel in the backyard when they apprehended the man. The barrel was full of empty allergy pill boxes, empty drain opener and camp fuel bottles and other supplies often used to make meth.

Nobody in the home admitted to making meth. Police said one resident admitted to smoking it. A lab report of the items police found identified some substances as methamphetamine.

Jefferson County ordinance says that when law enforcement finds an active meth lab or enough equipment and chemicals that they suspect someone is making meth, the police will test for contamination. If the home is too dangerous, code officials are supposed to condemn the home until it is cleaned up.

The extra measures targeted an area of the country that felt the meth crisis worse than many others.

“When you look at the numbers, Jefferson County led the St Louis region, the state and the nation in meth lab seizures,” said Jefferson County undersheriff Timothy Whitney. “We could have looked the other way, but as an agency, we decided to go headlong at the problem.”

Whitney said that when police went to the home in 2013, “There wasn’t evidence that day at that time to suggest that distribution or manufacturing was going on.”

The Jefferson County Sheriff’s Office has no record of testing the home for contamination. It was never reported to Code Enforcement. In 2016, the house became the property of a bank, then another buyer and then the Hessels.

Whitney took certain precautions when he came home from work during the meth crisis. He had a small child at home. After he saw a lab, he changed clothes in the garage and washed them separate from his family’s clothes.

“I was worried about tracking those contaminants within my own house,” said Whitney. “I never thought six years down the road, you know, of it impacting an unborn child.”

Remediating a home with meth contamination is expensive. The Hessels got an estimate of around $100,000 — as much as the house is worth — to clean it up. That includes pulling out drywall and completely replacing the HVAC system and duct work. Although the Hessels’ home had been renovated, Alford said, the HVAC system tested at dangerously high levels and probably had not been replaced or even cleaned.

RELATED: Florida homeowners say they were never told their houses used to be drug labs

Alford said he’s tested homes as many as 11 years after they were first contaminated and still found high levels. Sometimes the contaminating chemicals linger after clean-up.

‘We were making it our own’

The Hessels left behind personal pictures, new couches and new beds in the home. None of it is safe to take to Elisha’s mother’s home, where they set up a nursery for their baby due in January.

Elisha Hessel feels like they’re out of options to get back into the home they always wanted. The family contacted a lawyer, who offered to take the home insurance company to court for the money to remediate. They couldn’t afford the retainer. State and county law doesn’t have a penalty for anyone who fails to disclose a home’s meth contamination to a buyer or who doesn’t clean a property.

Worse, Hessel is now on the state’s radar.

If a pregnant woman tests positive for meth, her baby also will be positive. According to a doctor consulted by 5 On Your Side’s I-Team, the blood levels between a mother and fetus equalize in 20 minutes. However, it takes longer for methamphetamine to work its way out of a baby’s system than it does for the mother.

Hessel’s blood tests have been clean lately, but her baby will be tested when she’s born. If there are amphetamine levels detected on that day, the Children’s Division of the Department of Social Services will get involved. “Everybody wants to have their own home when they bring their baby home,” said Hessel. “A lot of it’s the disappointment and being upset over it, but I have definitely been angry over it as well.”

Family members of the Hessels set up a GoFundMe to support them. You can contribute by clicking here.