The rental car belonging to missing nurse Terri Sullivan has been removed from the scene. 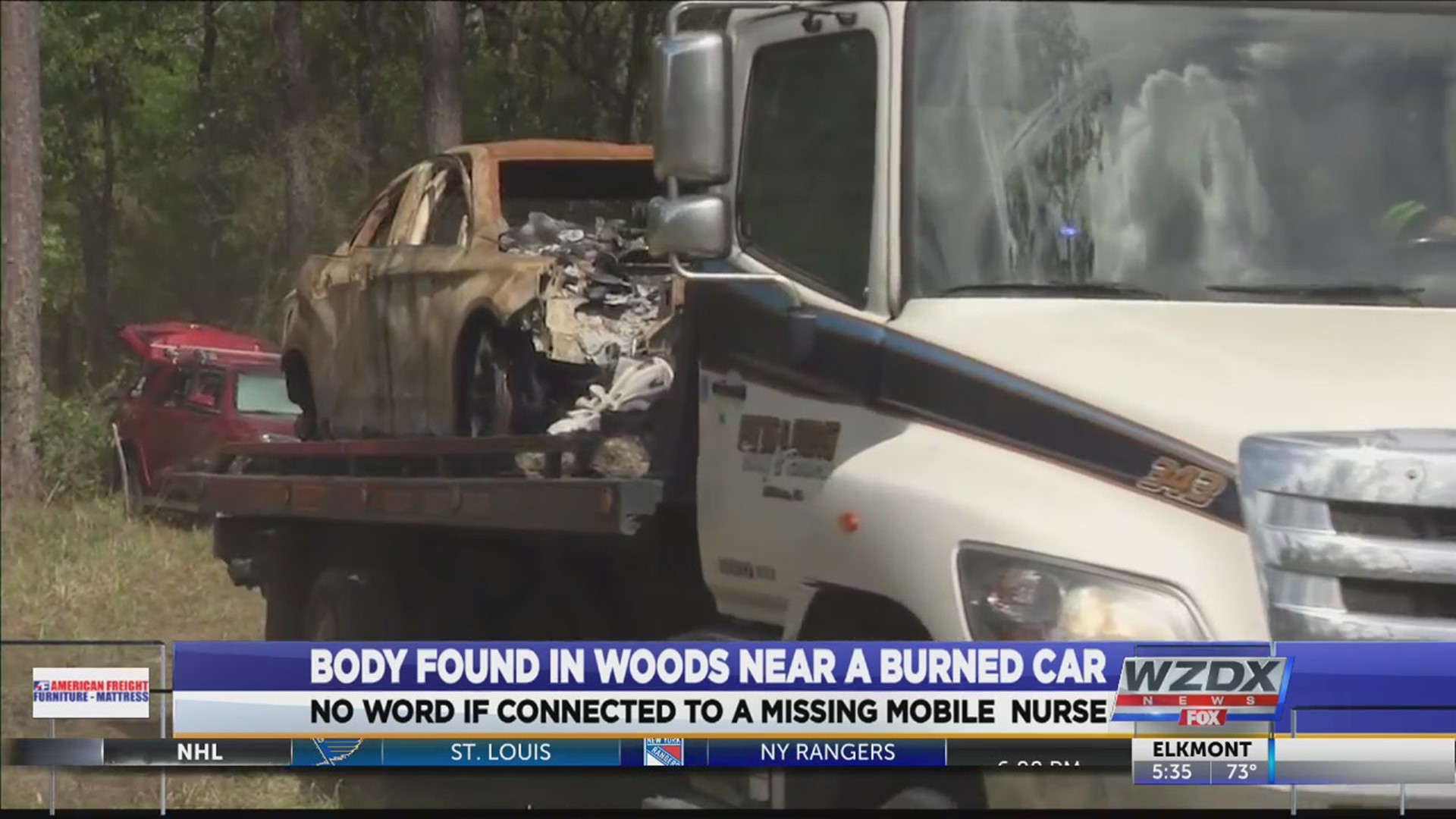 The rental car belonging to missing nurse Terri Sullivan has been removed from the scene.

A K-9 team came to assist investigators Friday afternoon. Detectives say this will be a lengthy process.

Jimmy Vance lives a few houses down from the crime scene. He says his 15-year-old grandson was the person who spotted the car in the woods.

“Well he’s just 15 you know? And it’s upsetting for him. I mean, it’d be upsetting for anyone,“ he said. “As much as he’s ridden in the woods, you know, it’s the first time he’s run across something like that.“

Investigators plan on spending the day on the scene where a burned car and human remains were found on Grand Bay Wilmer Road Thursday night. Investigators say they conducted their preliminary investigation last night, but investigators will look at the evidence again in the daylight. Once all the evidence is collected it will be sent for DNA testing.

The sheriff’s office says the vehicle they found on the scene belonged to missing Washington County woman Terri Sullivan who has been missing since January 20, 2019. The tags on the vehicle found burned in the woods Thursday matched those on the rental car she had been driving before she went missing. Sullivan was last seen after leaving her mother’s home in Washington County and headed to work at Springhill Medical Center in Mobile.

Deputies say the remains there were burned were scattered near the car.

The Mobile County Sheriff’s Office says DNA from the scene will be tested.

Deputies say the car has been there a while, but no word on exactly how long. The sheriff’s office thinks Sullivan was abducted.

The sheriff’s office is asking anyone who frequently walks or rides the trail off South Grand Bay Wilmer Road just about a mile and a half south of Airport Blvd to call the sheriff’s office if you have any information. It would help with the investigation at 251-574-2423.

Mobile County Sheriff’s Office deputies are in Grand Bay where a burned vehicle and human remains have been discovered.

This is a developing story that we will continue to update as more information comes in.