A Mobile funeral director accused of abusing dead bodies pleaded not guilty in court today. Joseph Bonner was arrested last month, after deputies from the Mobil... 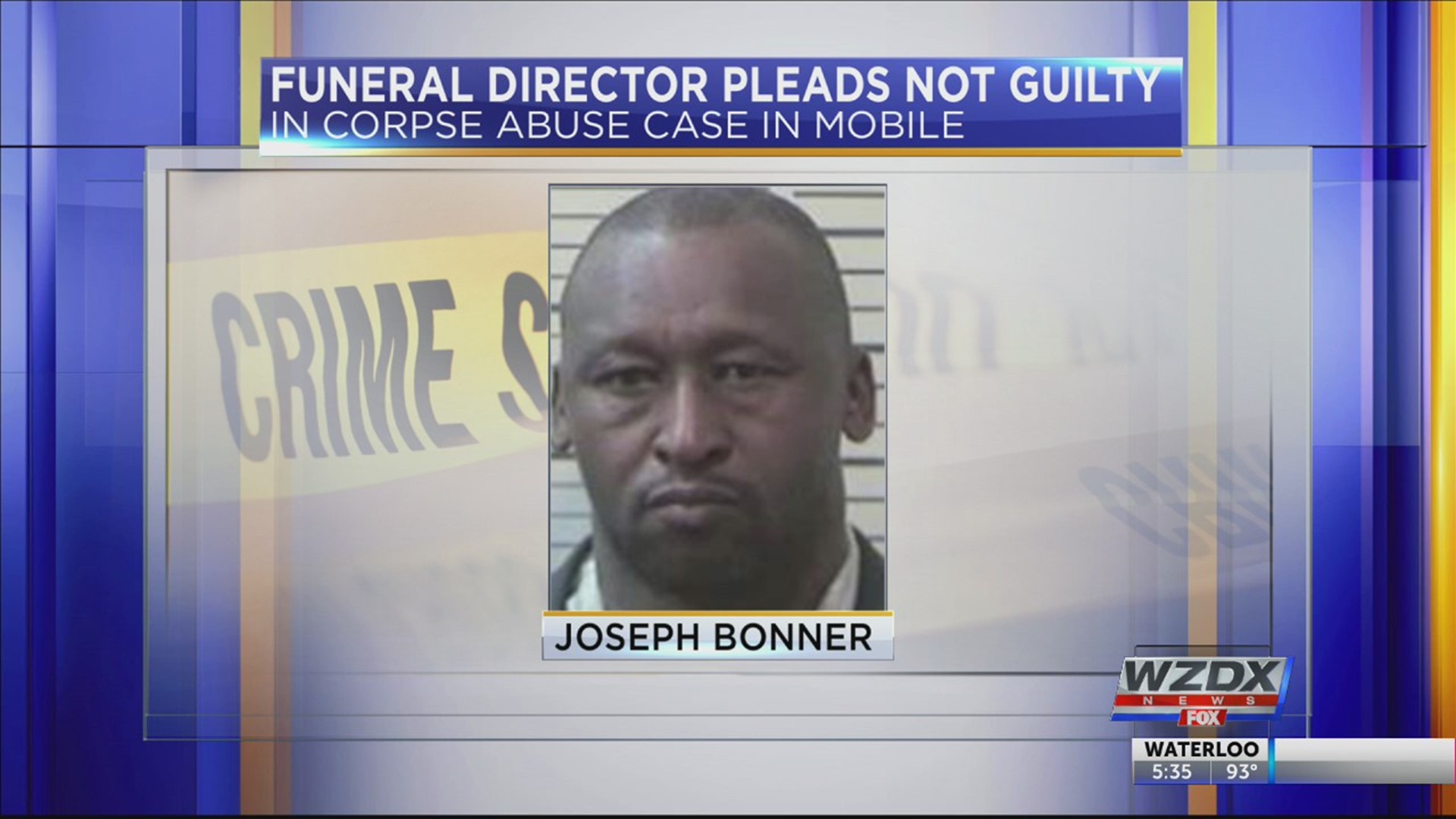 Joseph Bonner was arrested last month, after deputies from the Mobile County Sheriff’s Office exhumed three bodies at a cemetery in Prichard. They discovered the caskets were incorrectly vaulted, buried at the wrong depth, and not correctly embalmed. Deputies also say water had gotten into the caskets.

Bonner faces two counts of abuse of a corpse and he’s ordered to have no contact with the funeral home or cemetery.