Madison Co. State of the County Address: A look back to move forward

Now, Madison County’s unemployment rate is down to 2.2 percent. An all-time low, and Lower than the national average at 3. 7 percent. 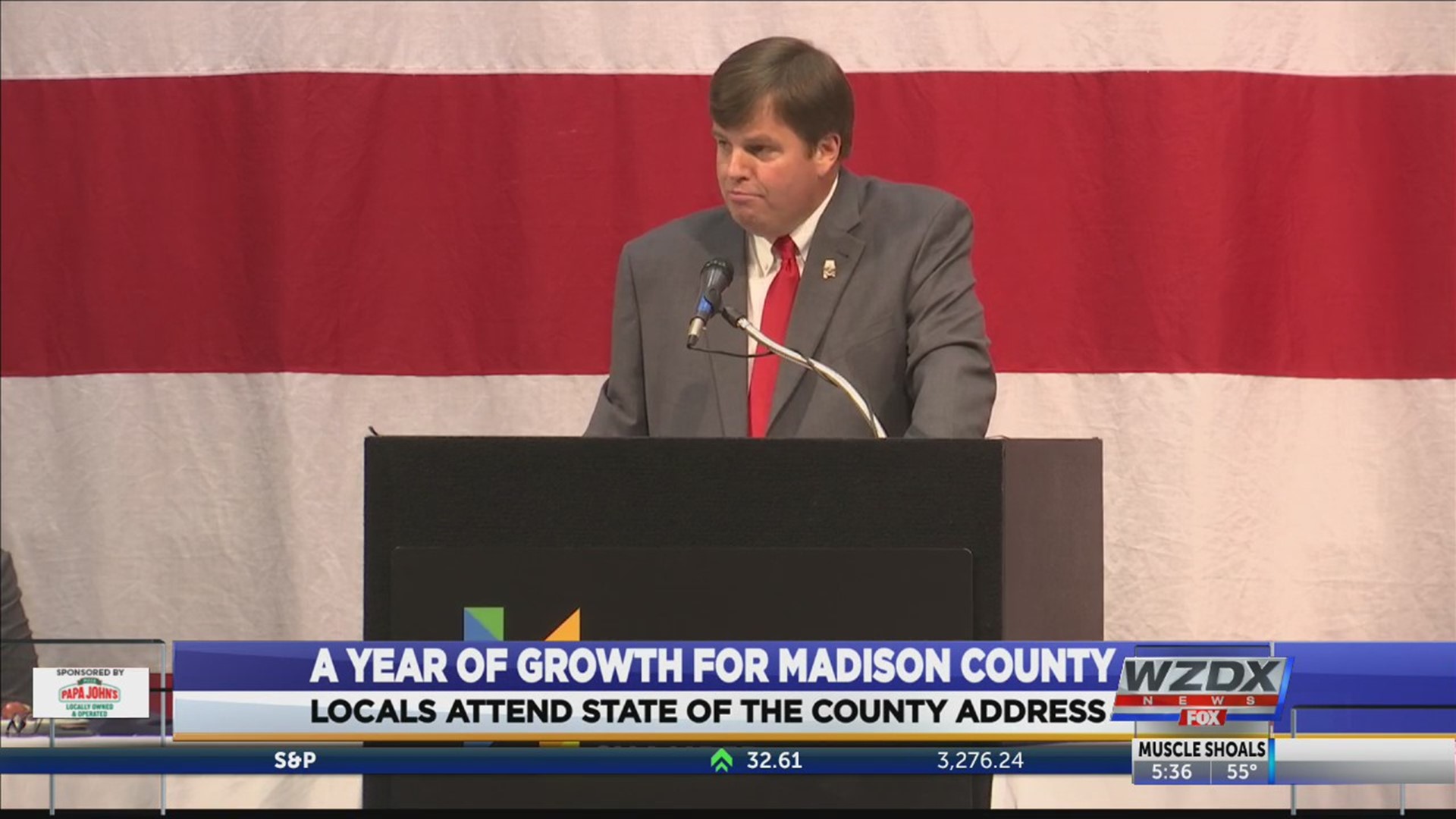 At the 2020 Madison County’s state of the county address, every seat was full. Locals came together to take a look back in order to figure out what our next steps might be.

Dale Strong, the Chairman of the Madison County Commission says, “I believe our hard work has paid off.”

Dale Strong gives the State of the County address to a packed house of legislators, locals and leaders.He tells our reporter, “A lot of great things going on in Huntsville, Madison, Madison County and all of North Alabama.”

In order to take a step forward, we have to take a look back– and in 2019, Madison County had a year of growth.

Numbers are going up.

Like our population, up 1.5 percent. Now about 370,000 people call Madison county home.

Madison County has more of economic relationships. Major corporations like Facebook, Toyota and Blue Origin took on expanding their projects here in the Valley.

We’re matching all this growth with some investment right here at home.

Chairman Dale Strong tells our reporter, “Infrastructure is the number one concern. We’ve got about 350 million in construction currently underway here in Madison County.”

But, some numbers went down, like unemployment– and attendees were happy to hear it.  Now, Madison County’s unemployment rate is down to 2.2 percent.  An all-time low, and Lower than the national average at 3. 7 percent.

Dale Strong says, “Our economy is the best we’ve ever seen. Or at least, my generation has ever seen.

Commissioner Strong announced big hopes for Madison County. Like the expansion of automotive production and leaning in on the chance to have Huntsville be home to the headquarters of the new U.S. Space Command. Redstone Arsenal is being considered, along with facilities in Colorado and California.