The Etowah Visitation Project has donated holiday gift bags for the immigrant detainees in detention centers since 2013, trying to bring moments of joy to peopl... 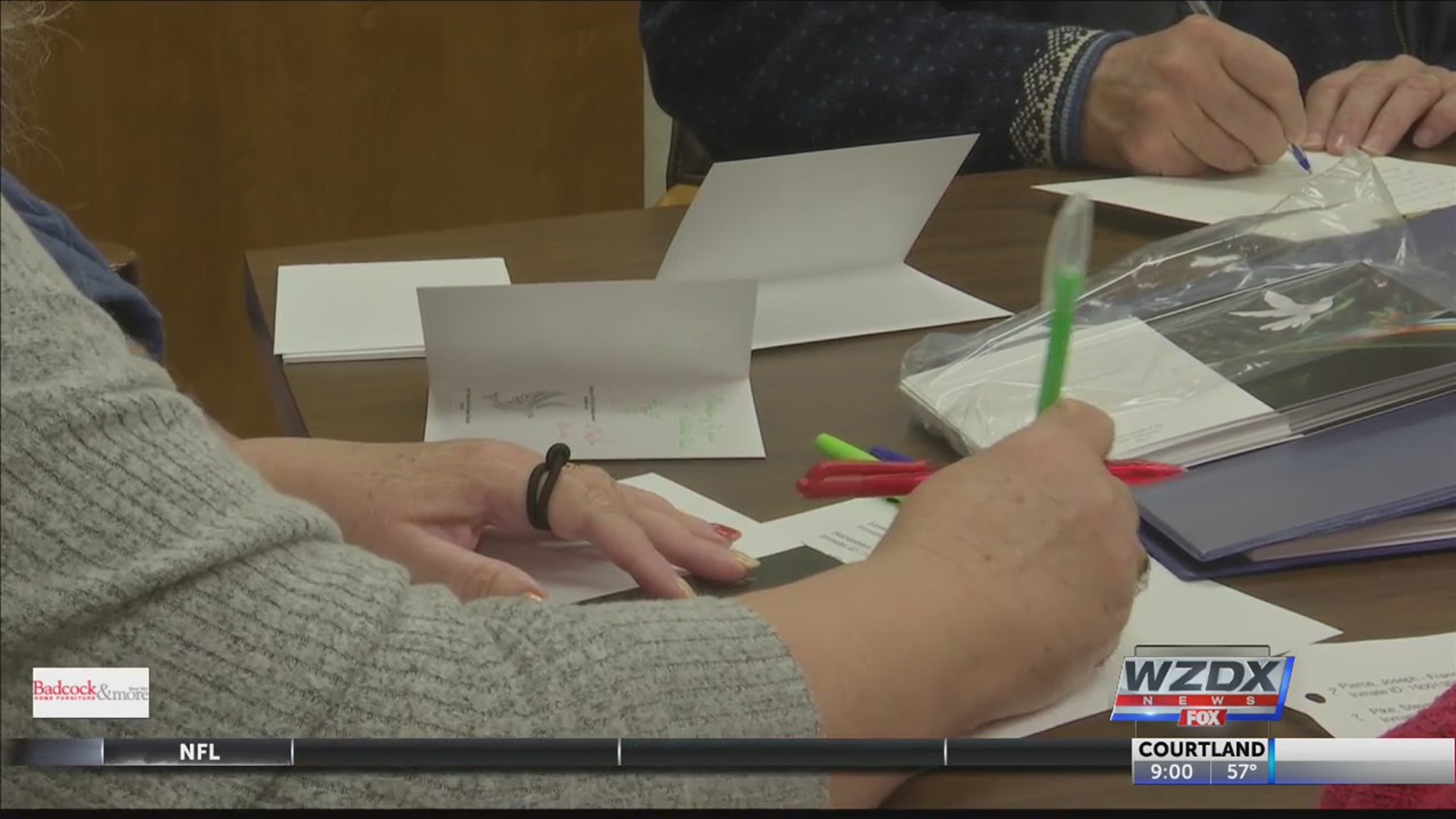 For the past 6 years, one group has been giving holiday gifts to the detainees being held in Gadsden, Alabama. When they were told this year that their program had been suspended, they decided they weren’t going to let that stop them.

Katherine Weathers, a member of the Etowah Visitation Project tells us, “Since we can’t visit them, we want to let them know we haven’t forgotten them. We’re still thinking about them. So our effort today is to try to get a holiday card to all the men in ICE Detention in Gadsden.”

That’s about 300 holiday cards, handwritten for each of the men held at Etowah County Detention Center. Katherine Weathers says, “We’re just letting them know that we’re thinking about them, any time of the year. That’s an important message I think.”

The Etowah Visitation Project has donated holiday gift bags for the immigrant detainees in detention centers since 2013, trying to bring moments of joy to people whose lives have been turned upside down.

Volunteers , some who can read and write in multiple languages, came by to write the cards. Carole Wiles, a volunteer, tells our reporter as she writes, “I’m writing a card to let them know that we are are not only thinking about them, but wishing them peace and comfort.”

Etowah County Detention Center is one of the more controversial centers in the country. The “Shut Down Etowah” campaign is calling for the facility to be closed, after reports of inhumane treatment. Etowah County’s Sheriff has said that most of the criticism is unfounded.

These volunteers say they’re not turning their backs on these men, and that more people should become aware of the rising numbers of people in detention centers.

Katherine Weathers says,” This isn’t just happening in Alabama You know, there are over 52,000 people– men women and children being held in immigrant detention every day.”

Locals say they just want to let these men know that there’s someone out there who is thinking of them during the holidays.