A very special guest helped put the whole thing together 50 years ago, as the Principal of Madison Schools, and he is back to witness the reveal today. W.R. Fau... 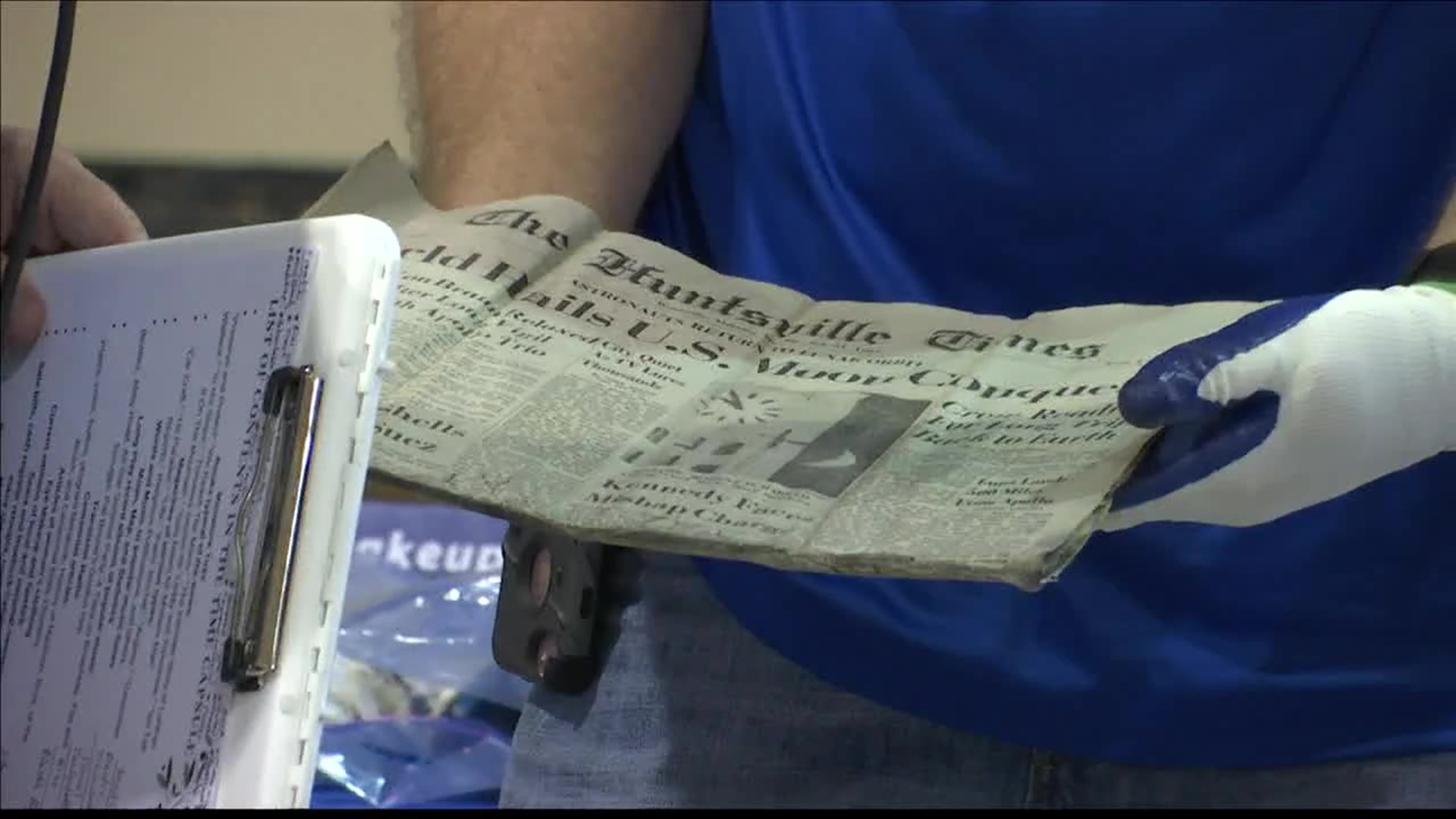 Digging up a message from the past: that’s exactly what locals had a chance to experience today as they went through the contents of a time capsule buried 50 years ago.

The capsule was dug up from the grounds of Madison Elementary School.

We spoke to Bill Noel, who was in the 9th grade at Madison High School when they buried the capsule in October of 1969. He says, “A transistor radio? I mean, this was before the days of electronic calculators, nobody had even thought of cell phones!”

Bill Noel, his wife, Anita Noel, and Albert Douglass were classmates 50 years ago, and they’ve reunited to take another look at what’s inside after all these years.

Matchbox cars, letters addressed to kids of the future, a radio, even a Newspaper from the day after the Apollo moon landing were all pulled out to display.

Kids of all ages flocked around the unearthed objects to take a look at the past.

One young girl told our reporter, “We’ve been playing on the spot above the time capsule for like a year now. Were really looking forward to this.”

A very special guest helped put the whole thing together 50 years ago, as the Principal of Madison Schools, and he’s back to witness the reveal today. W.R. Fauch Jr. just celebrated his 84th birthday and says he couldn’t believe the warm welcome he received by locals when he came to take a look at the capsule’s contents.

Fauch says,  “When they introduced me and I heard the reaction, it put tears in my eyes… It was a pleasure to be here and I’m really thankful to God that I’m still living to be here.”

When our reporter asked what his hope is for students 50 years from now, Fauch says, “We just hope that they’ll all just have good health and be blessed like we have had for the past 50 years.”