As snow piled down, one Wayne Munster waits along the road. He says, “Billy has done many more things that are much harder than what we’re doing her... 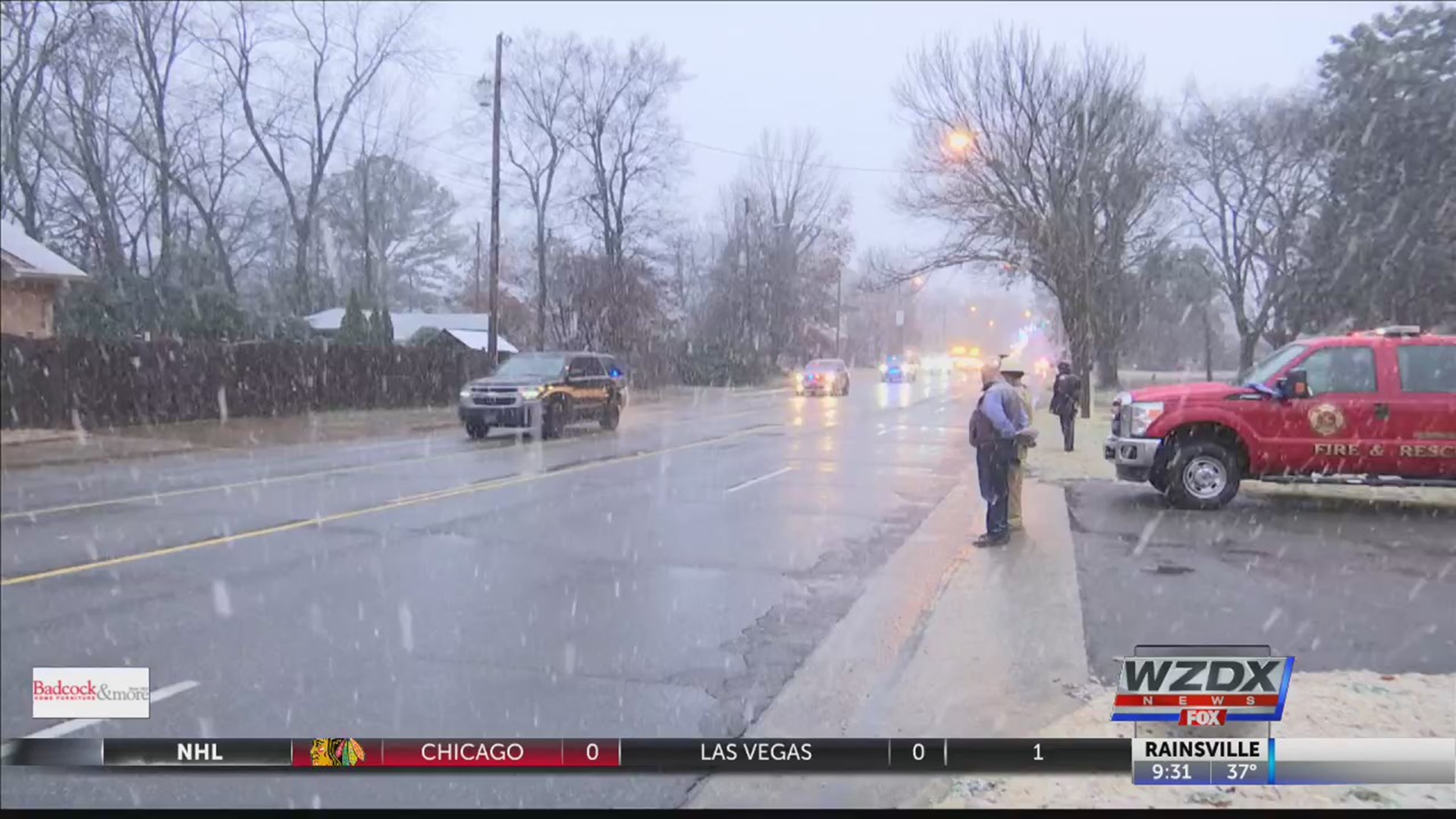 Officer Billy Clardy III was laid to rest today and locals lined the streets to say one last goodbye.

Officer Clardy was on the minds and hearts of so many in Huntsville today, and those people decided to go out after his service and show their support of his family and fellow law enforcement officers .

People came out, bundled up in the rain and the snow to make sure they show how much they care. Our reporter talked to a few people along Airport Road and Whitesburg Drive during Clardy’s funeral procession. They say it’s all about paying their respects.

Wayne Munster says, “He sacrificed a lot with his family and with his time. He ended up sacrificing his life to make Huntsville what is and make it a great place to raise your family and live.”

As snow piled down, one Wayne Munster waits along the road. He tells our reporter, the weather doesn’t bother him in the least. He says he needed to be there no matter what. Wayne Munster says, “Billy has done many more things that are much harder than what we’re doing here today.” 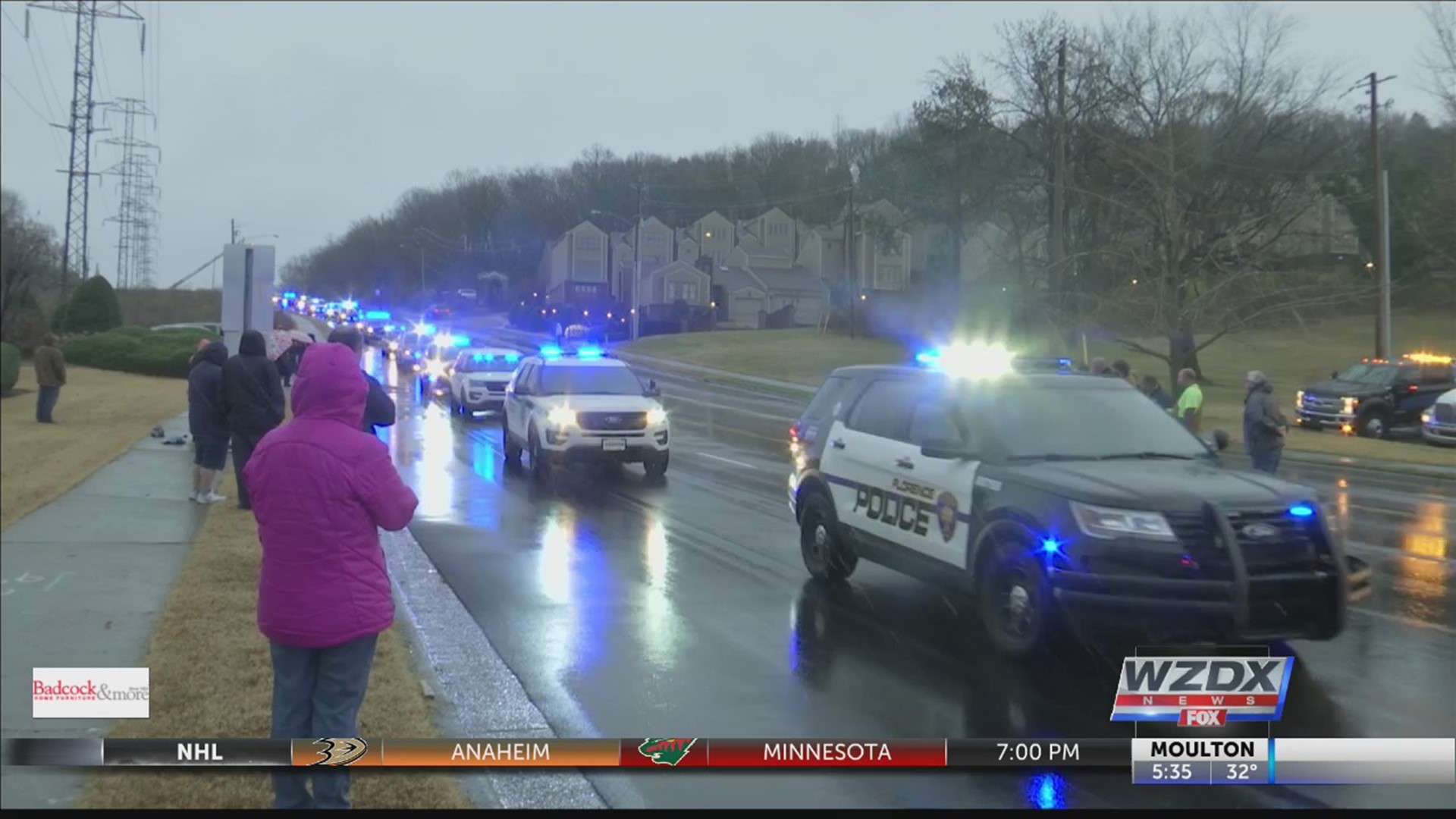 Munster adds, “There’s gonna be a lot more guys coming down this hill in a minute who’d do the same thing every day knowing the risk that they take. Their willing to sacrifice every day to do what they do. It’s the least we can do to come out here and thank them for their service.”

Some along the road even worked alongside Officer Clardy in the past. Allen Rounds tells us, he’s worked with Officer Clardy on several projects to benefit the homeless in Huntsville. Rounds says, “We used to do maintenance and remodel some apartments and he worked real hard in those areas to help clean up the drug traffic and all that.”

People of all ages came to wave and solute as the police cars passed. One woman tells me she had to bring along her daughter to learn a valuable lesson. Tonia Damen says, “It’s important to keep those values in our young children these days and for them to know what this type of stuff really means.”

Folks were shedding a tear or two and waving alongside the road. They told our reporter, even though they might not have all known Officer Clardy personally, he’ll always have a place in their hearts.