The victim was transported to a nearby hospital and is in critical condition. The incident is currently under investigation. 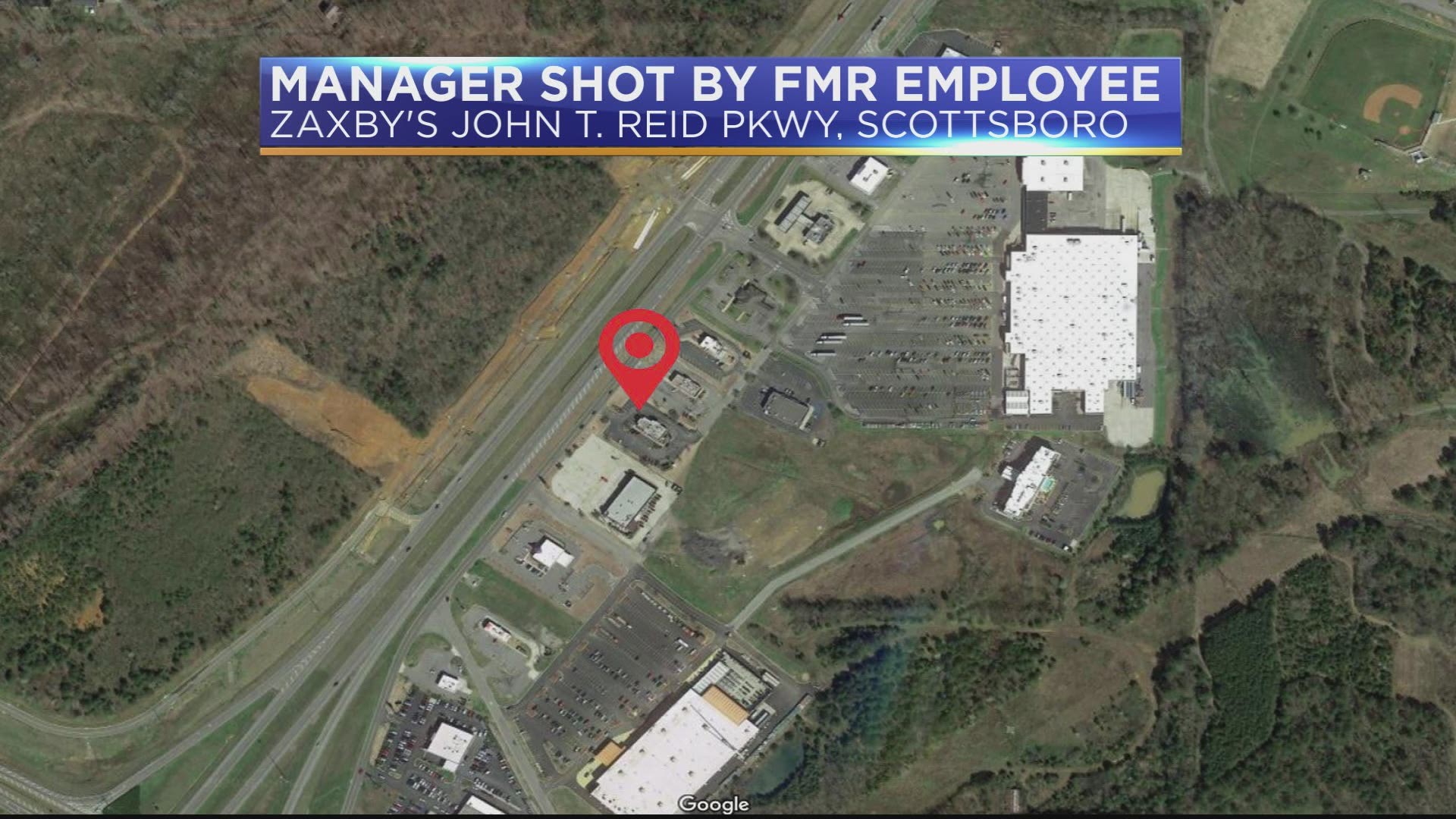 SCOTTSBORO, Ala. — UPDATE: This statement was released by Zaxby's Wednesday morning:

The manager of a Zaxby's in Scottsboro was shot by a former employee at the store on Monday night, Scottsboro police said.

The Scottsboro Police Department responded to a shooting call at a Zaxby's restaurant located at 24729 John T. Reid Parkway at approximately 9:35 p.m. on Monday. Upon arrival, officers found that the store's manager had been shot after going out the back door to speak with Atchley.

Police say Atchley proceeded to fire several shots at the victim, striking him at least once, before fleeing on foot.

The victim was transported to a nearby hospital. Police said the victim is still in critical condition as of Wednesday, January 13.

An investigation led police to a residence in the 1700 block of Veterans Drive in Scottsboro where a barricaded situation developed, according to police.

Police say they continued to attempt to make contact with Atchley for several hours. The Madison County Sheriff's Special Response Team was called to assist and the Scottsboro Police Department evacuated neighboring residences.

According to police, Atchley intentionally set fire to the residence at around 3:50 a.m. and refused to leave. Officials said the Scottsboro Fire Department attempted to extinguish the fire while officers were attempting to enter the residence.

Ultimately, attempts to enter the residence were unsuccessful as police said gunfire was coming from inside the residence.

Following a search conducted at the residence in the 1700 block of Veterans Drive, Atchley was found dead inside and his body was sent to Alabama Forensic Sciences for examination.

Officials say the shooting and fire are still under investigation.

Following the incident, a Zaxby's spokesperson issued the following statement:

"We can confirm that a Zaxby’s employee was shot around 9:30 pm on Monday, January 11 at our Zaxby’s location in Scottsboro, AL located at 24729 John T Reid Pkwy. The employee suffered injuries and is currently being treated in the hospital. At this time, ensuring the safety and wellbeing of our team members and cooperating fully with law enforcement are our top priorities. As a result, Zaxby’s will be closed today, January 12. We are truly saddened by this incident and will be praying for a speedy recovery."

As of 2:55 p.m. on January 12, this is all the available information. This story will be updated as more information becomes available.