Thursday, another protest took place against the Confederate statue. This time, the demonstration looked a bit different as young people took to the square. 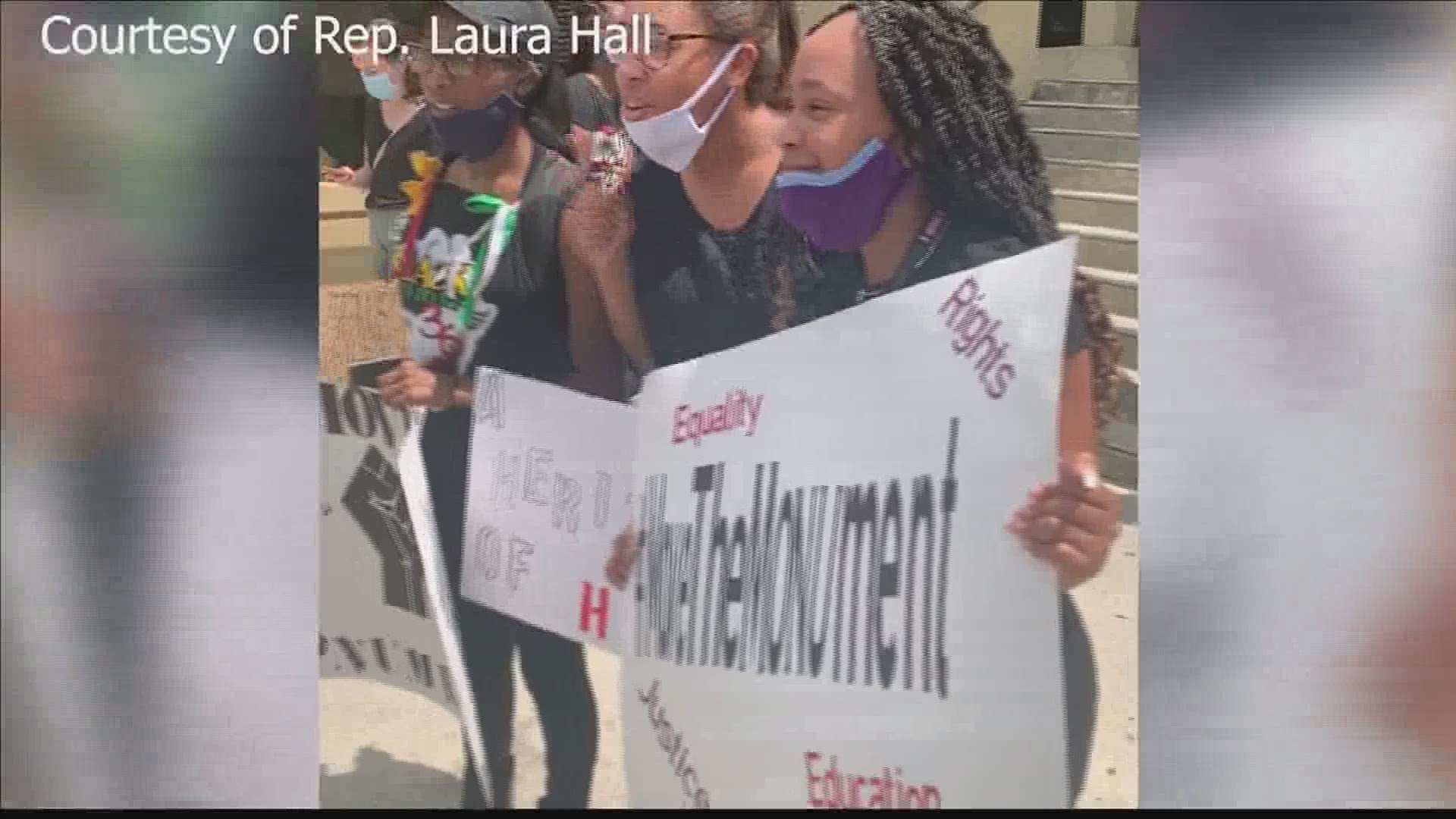 We’ve been following the the controversy surrounding the Confederate memorial outside of Madison County Courthouse for quite some time now.

Thursday, another demonstration took place calling for its removal. Only this time, protesters were a little bit younger than you might expect.

Photos in on-air story are courtesy of Alabama Representative Laura Hall of District 19.

Facebook live stream video of youth rally was given to us courtesy of Erica Fox Washington.

After weeks, the fight to move this confederate monument from in front of the Madison County Courthouse continues. Today Huntsville’s youth stepped up to have their voices heard, and local groups are standing right behind them.

A youth rally led by the Rosa Parks Committee brought equal justice groups from across the Valley together to encourage young people to speak out as they demand the confederate monument be relocated.

Tonya Perry, the Chairperson of the Coalition for Justice for Civil Engagement, tells our reporter, “Oh it’s so significant particularly for our youth and if you think about all social movements that have happened within the context of the United States, youth have been at the center of that.”

Participants stood in solidarity and marched from Big Spring Park to the Madison County Courthouse.

Local activists say they feel actions are being stalled and the monument needs to move.

Tonya Perry adds, “Having a monument like this here in Huntsville says a lot about the work that we need to do.”

Shawn Estes, a local activist tells our reporter, “They want to do it the right way. They want to follow the rules and the protocols. We know the right thing to do is to remove it-- now.”

Some say this is the perfect way to show the next generation how to foster change, and make a difference  in the polls.

Huntsville City Council District 5 candidate, John Meredith, says, “It’s opportunities like this that will galvanize our voting, our public policy participation, and hopefully [get some young people] running for public office.”

Demonstrators observed an 8 minute and 46 second long moment of silence in honor of George Floyd.

Shawn Estes tells our reporter, “Kneeling for 8 minutes and 46 seconds… It feels powerful. It makes you realize.”

Estes later elaborates, "It makes you realize  what George Floyd went through, and the commitment and dedication of these young protesters."

Organizers tell our reporter, demonstrations like this one will continue until they see action and this monument is removed.