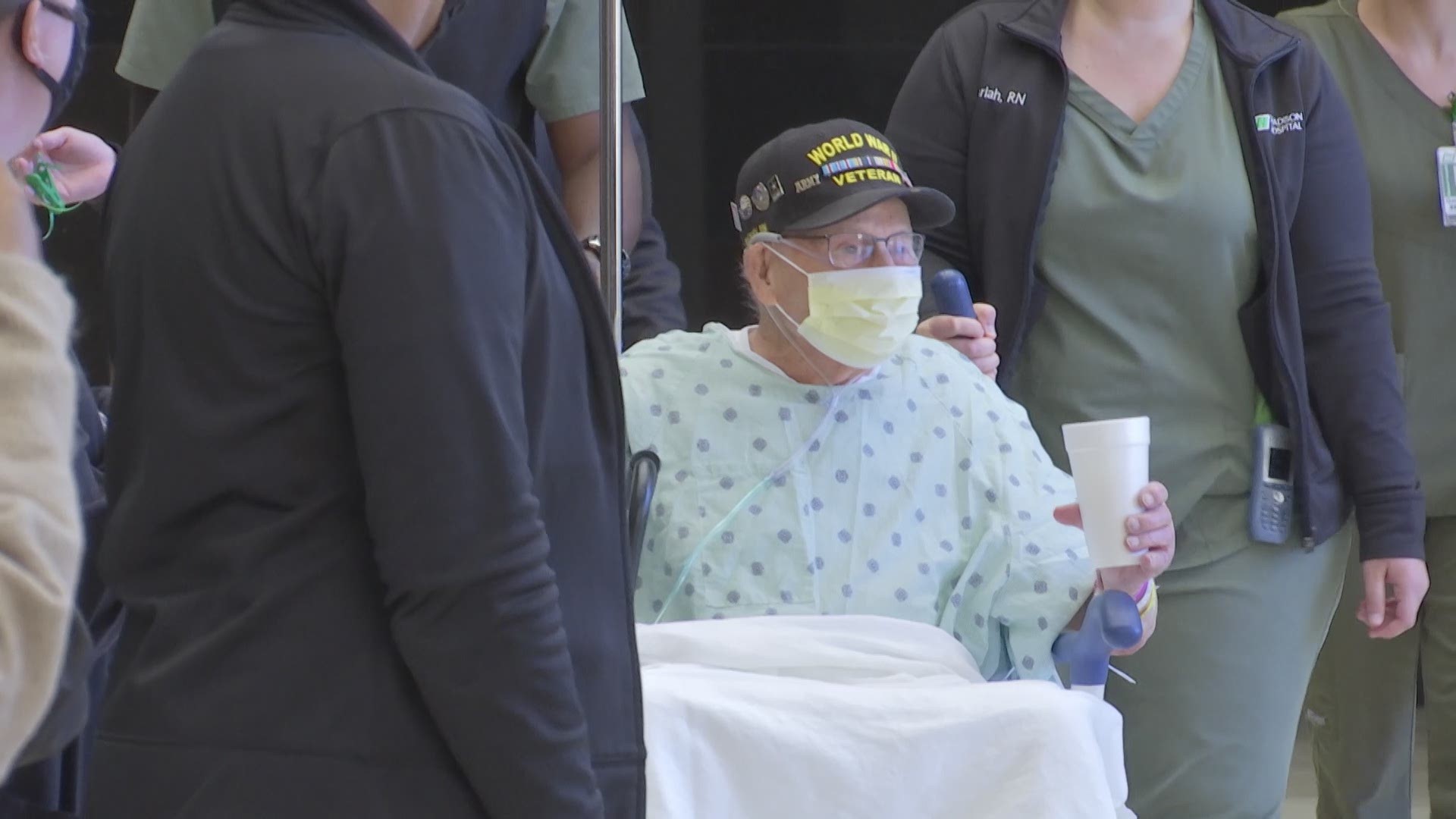 MADISON, Alabama — A WWII veteran from Madison, Alabama, is being discharged from Madison Hospital on December 1 ahead of his 104th birthday on Thursday.

Major Wooten was admitted to the hospital on November 24.

Major Wooten's granddaughter, Holly McDonald, said, "He just brings so much happiness to everybody, and just seeing everybody and their reaction to him, it just makes you very proud to call him your grandfather."

Major Wooten was given a new drug to treat COVID-19. His family says they believe that is what helped get him home.

Madison Hospital Charge Nurse, Gabrielle Green, said, "He's been here a couple times before, so every time he beats something, he overcomes something. He's just an inspiration to us, so COVID is no different for him. He kicked that in the butt, too."

Major Wooten's family says they are thrilled to have him back home for his birthday and Christmas.

WATCH: WWII Veteran celebrates with staff while being discharged from Madison Hospital

Major Wooten, who his family calls "Pop Pop," was named one of 10 "Granfluencers" back in October and won free Jack's for a year.

He was one of ten winners from thousands of entries across Alabama, Tennessee, Georgia, and Mississippi. Wooten will get free Jack's for a year and he received a Jack's Swag Pack full of goodies!

RELATED: People waiting in long lines to be tested for COVID-19 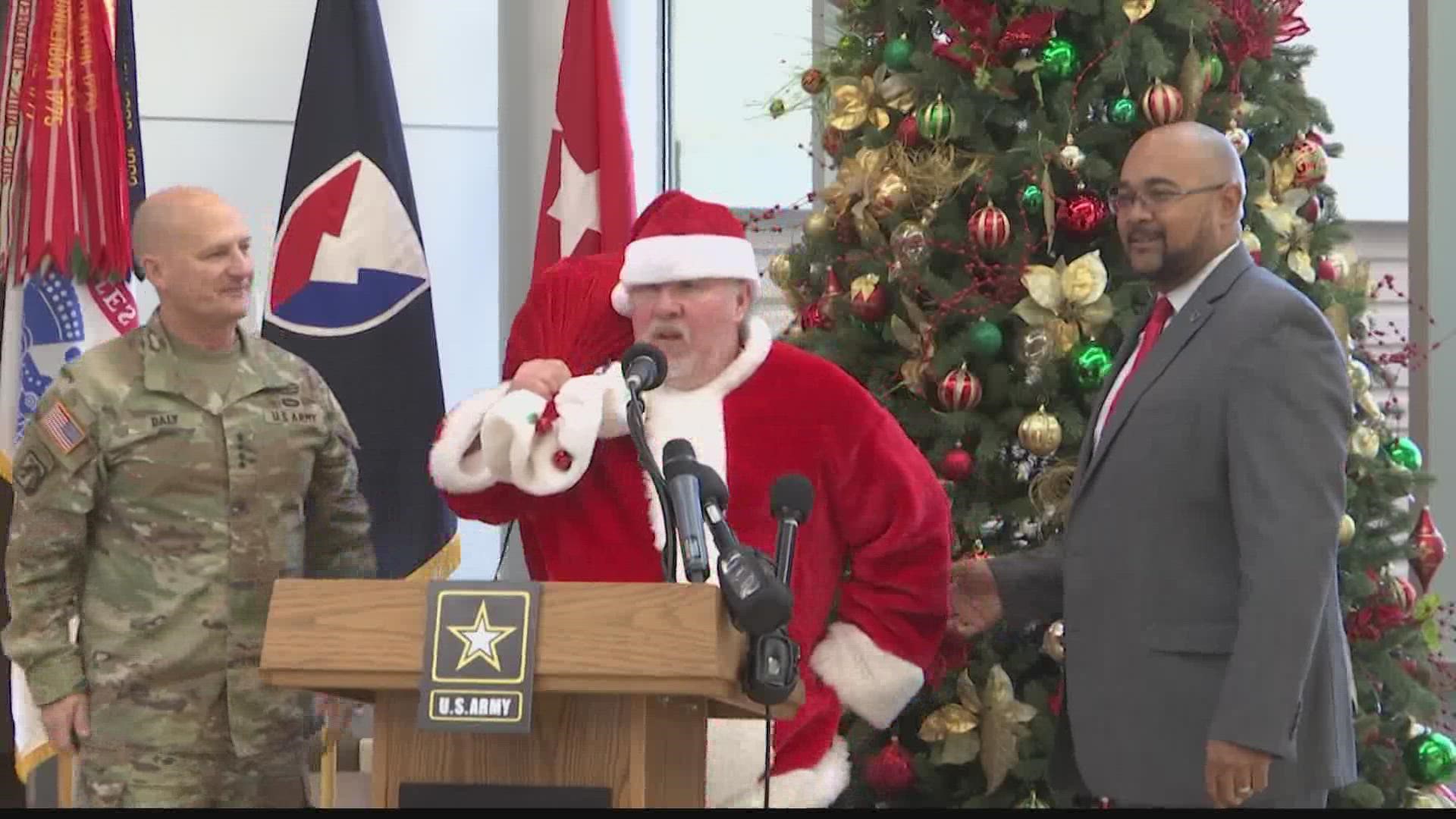