People warned to stay away from Woodhead Fire, could face heavy fine

People should stay out of the prohibited area. These areas include roads and trails that are closed because of the wildfire. 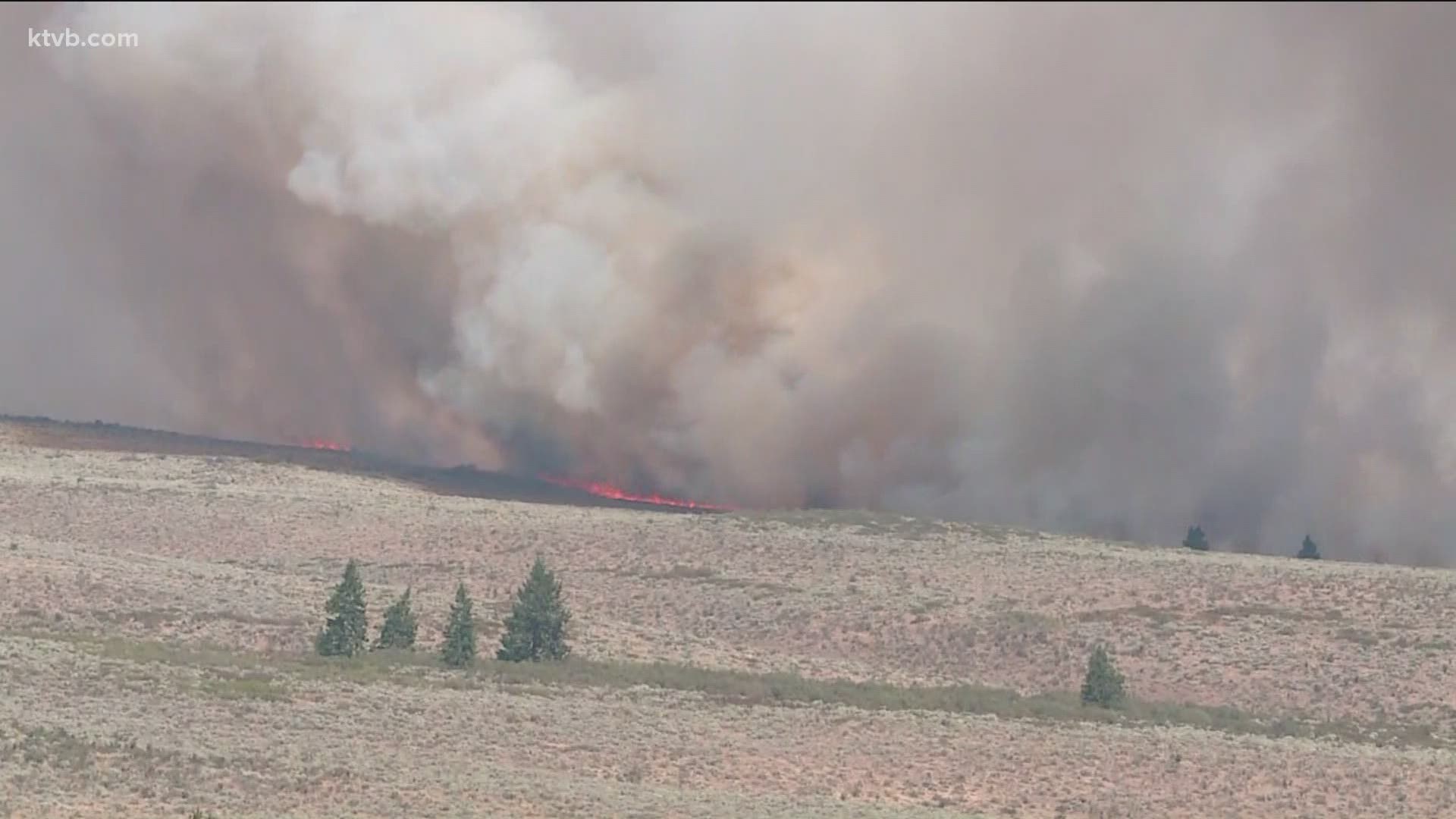 CAMBRIDGE, Idaho — People near Cambridge are keeping a close eye on the Woodhead Fire.

Officials are now warning people they could face a heavy fine for going into any prohibited area. These areas include roads and trails that are closed because of the fire.

You could be hit with a $5,000 fine for violating the order signed Thursday by Payette National Forest supervisor Linda Jackson. The order is expected to remain in effect until October 15.

Exceptions to the order include those with special authorization and any federal, state or local officer, rescue crew or firefighter.

The fire started on Monday and was aided by high winds, fueling its growth.

Evacuations are at Level Two, which means people should be ready to go at a moment's notice.

State Highway 71 is closed by the Idaho Transportation Department from the Oregon border to 4th Street in Cambridge, a stretch of 27 miles.

As of Thursday morning, there are 115 personnel assigned the Woodhead Fire. Resources include 1 hotshot crew, 2 helicopters, 7 engines and 2 dozers. Additional aircraft assigned to the fire include: 2 type three helicopters, 1 - type one helicopter, 2 fire bosses, 2 single engine airtankers and an air attack.

Firefighters are focusing efforts on the south side of the fire and working off Horse Flat Road.

A burnout operation was implemented Wednesday night off the Rush Creek Road to stop the fires progression towards Cambridge. A task force of engines is focusing on holding this fireline.

The fire crossed over Highway 71 from milepost 19 up to milepost 25.5. On the north end of the fire near Grade Creek there’s an area of heat, but it is not threatening fire spread to the north.

Credit: Payette National Forest
The area in red shows the areas impacted by the Woodhead Fire.