Frozen pipes and frozen HVACs are just a few of the issues due to the extreme cold. 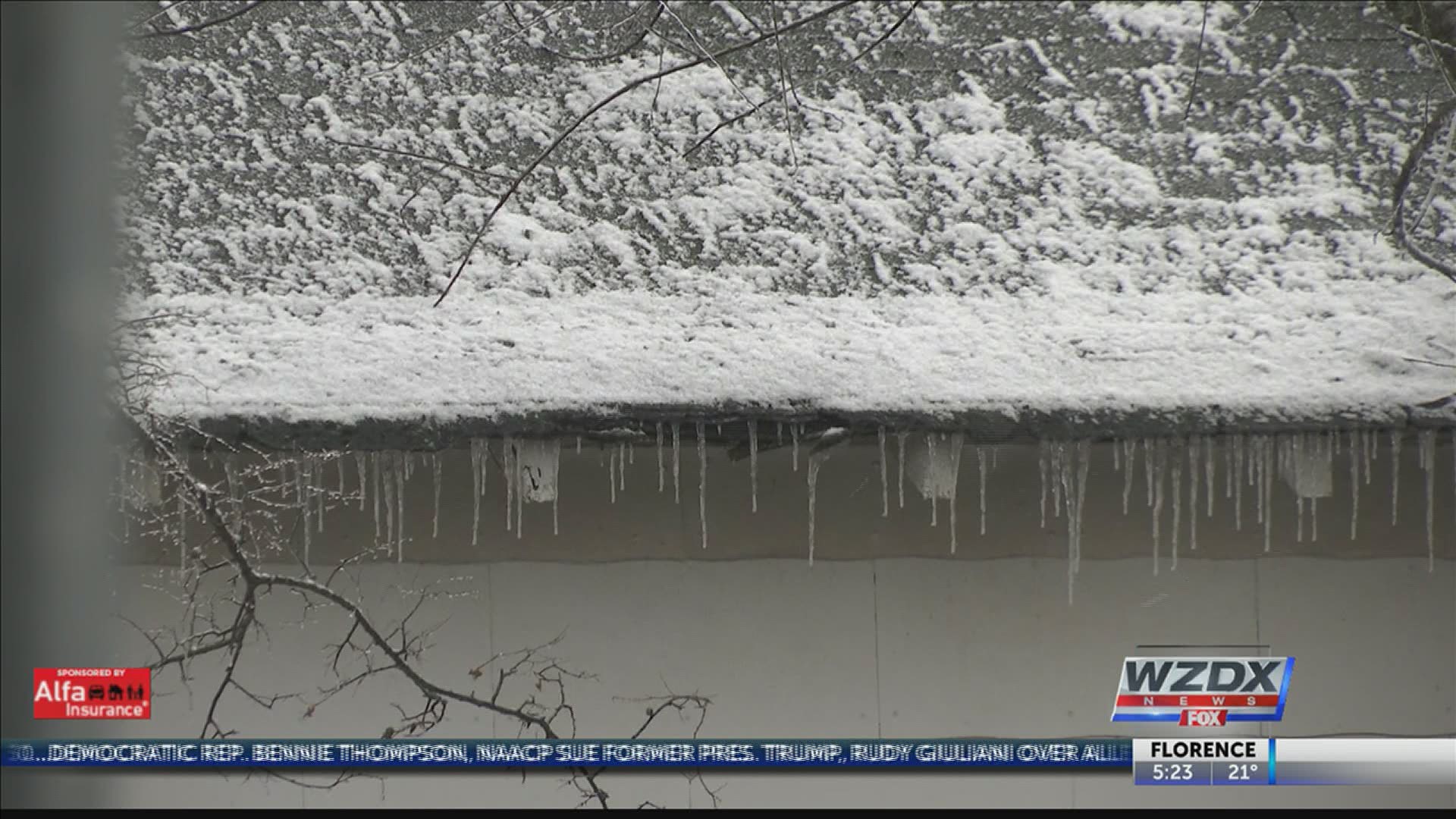 DECATUR, Ala — With these below-freezing temperatures, people are having issues with their outdoor heating and AC units and frozen pipes, and in next few days, it's possible those pipes could burst.

Keith Jackson with Jackson Plumbing, Heating, and Cooling,"As it goes on, we're starting to get more calls for frozen pipes. people have no water…"

Those aren't the only calls coming into his business. Outdoor heating and AC units have been shutting down. Jackson says that units were freezing up...the frozen rain and ice affected the operation of the outside condensers. The company has had crews out trying to help people with frozen pipes across Decatur and beyond.

Jackson has some tips on how you can try to thaw out the ice in your pipes at home. "Open up all the faucets in your home and then try to go to the source of where the water comes into the house. Something that's safe - you can take a blow dryer, most everyone has one of those, sometimes all you'll have to do is take some other source of heat, maybe a little space heater, a ceramic style. Make sure you're not taking a chance of burning your home down or starting a fire…"

He also says that the thaw brings a whole other set of problems. "It'll be above freezing for the first time in a few days. That's normally when the pipes start to burst and rupture and that's when we get the most calls, during the thawing process."

Jackson says one of the best things you can do ahead of weather like this is to keep your faucets dripping slightly--- and insulate outside faucets. Also, keep your cabinets open to make sure the heat circulating in your home is able to reach your pipes, too.

RELATED: VERIFY: Can you safely keep your food outside if the weather is freezing?

RELATED: How to stay warm during a winter storm power outage