Who gets the money from the 3% developer's fee at Clift Farm?

Breland Companies is developing the land at Clift Farm. 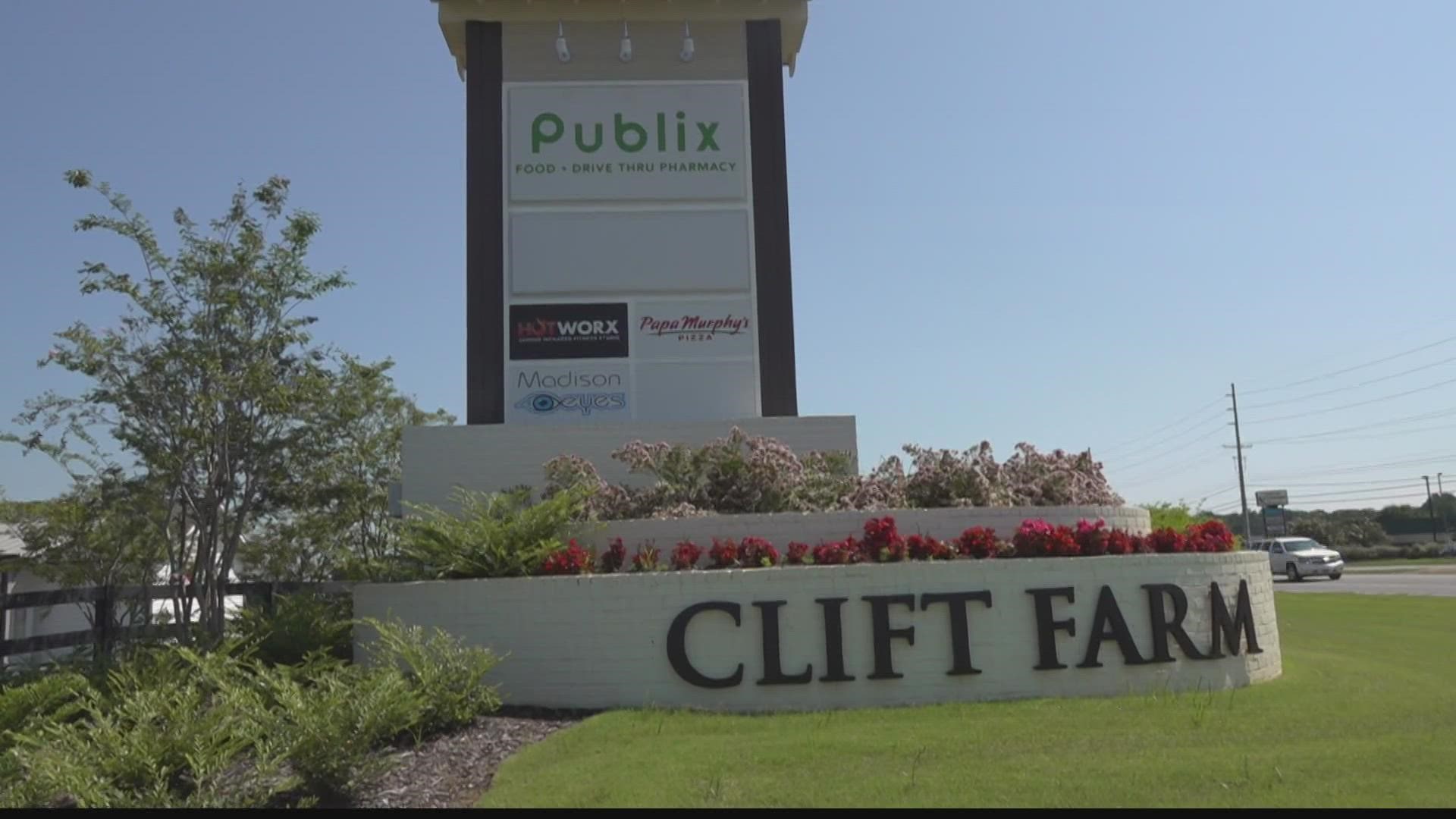 MADISON, Ala. — The new drive-thru coffee shop and Twice Daily gas station have opened at Clift Farm. Community members stopped by and noticed that the receipts were missing something.

After ordering coffee at White Bison, a Reddit user noticed that the 3% developer's fee was not included in the taxes session. the spokesperson for Breland Companies, the developer of Clift Farm, Joey Ceci said there was a software error that left the fee off of receipts. As of September 7, it has been fixed.

Breland Companies is the developer for Clift Farm and they started charging a 3% development fee to help with the cost of new infrastructure. All businesses located at Clift Farms, except for Publix, are required to implement the fee.

"The fee itself really helps pay for all of the infrastructure," Ceci said. "Large developments like this typically get millions and millions of dollars from the local government, and roads and sewer and incentives to do what were doing. We didn't get any of that. We decided this was a better way."

Clift Farm is welcoming a few more businesses before the end of the year.

Jonathan's Grille is a sports bar based in Nashville that has migrated further south to serve The Tennessee Valley. Slim Chickens is a fast food restaurant that will also be opening soon at Clift Farm.