What is the future of the Republican party? Political Scientists weigh in on that, and the impact of 2020 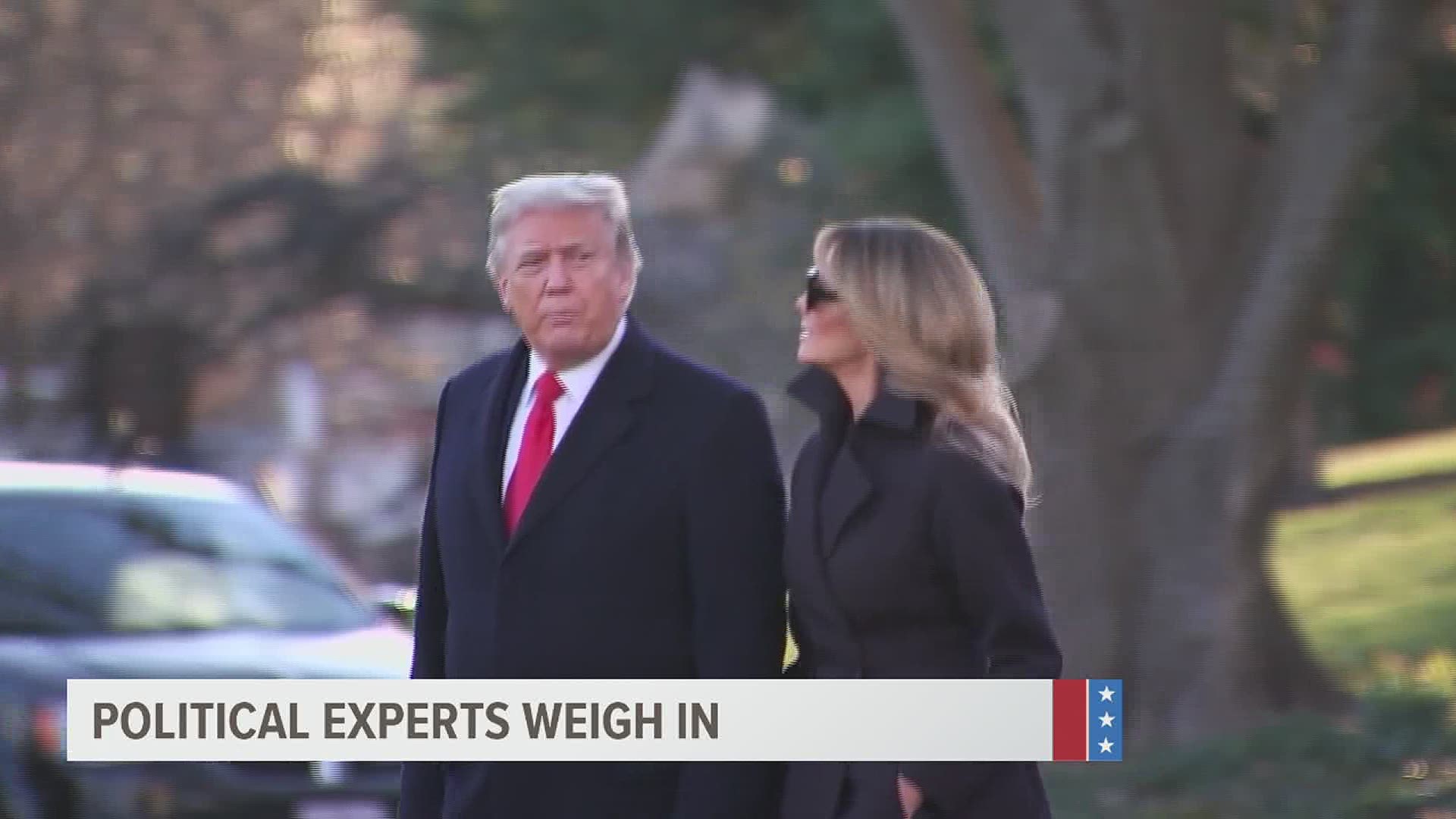 The election results have been certified, the electoral college has met, and the inauguration lies just two weeks away. But, many Trump supporters continue to challenge the integrity of the election, despite dozens of unsuccessful court cases nationwide

But how could the 2020 election impact the future of the Republican party? What are the long-term implications on future elections? And, how will the seemingly growing questions over election integrity impact democracy?

FOX43 spoke to three political experts on the issues.

David O'Connell of DIckinson College noted that historically the issue of widespread fraud has not been an issue in the United States.

"People take this for granted that the American electoral system works well. That it is easy for people to vote," said David O'Connell of Dickinson College, who later added "these claims of electoral fraud have no basis in reality. There is statistically negligible amounts of fraud in the US and that's been the case for the long term."

But the political experts admit, the belief that there is widespread fraud is growing and it has been growing nationwide since the early 2000's.

When FOX43 asked the political experts how they believed the 2020 election would impact the Republican party, many admitted it has created a divide in the part itself.

"There is this divide now within the Republican party," said Allison Dagnes of Shippensburg University who added, "this divide I think is going to present challenges especially for the 2022 primaries where I think we're going to see establishment Republicans incumbents who are up against a more Trumpy candidate."

What is the Vice President allowed & not allowed to do? Mike Pence has faced growing pressure from President Trump to overturn the election. I asked a political science expert @ Dickinson College. The long-term impact of the election @FOX43 at 4 and 5https://t.co/wB3zWrQ46a pic.twitter.com/qTC5Haju2R

"The party's going to have to figure out how to move forward as the Trump Presidency ends whether to embrace President Trump and his positions and his supporters positions or return to some of the Republican principles that were core to the party in the past," said Daniel Mallinson of Penn State Harrisburg.

When FOX43 asked the long-term impact on American trust in the elections and in democracy itself,

"There's concern over this tribalism growing in American politics where your party becomes a core part of your identity and it's not just that you have disagreements with the other party but you work to find compromise but it's just that the other party is the enemy," said Mallinson.