Voting machines being tested in Huntsville

The public is invited to attend. 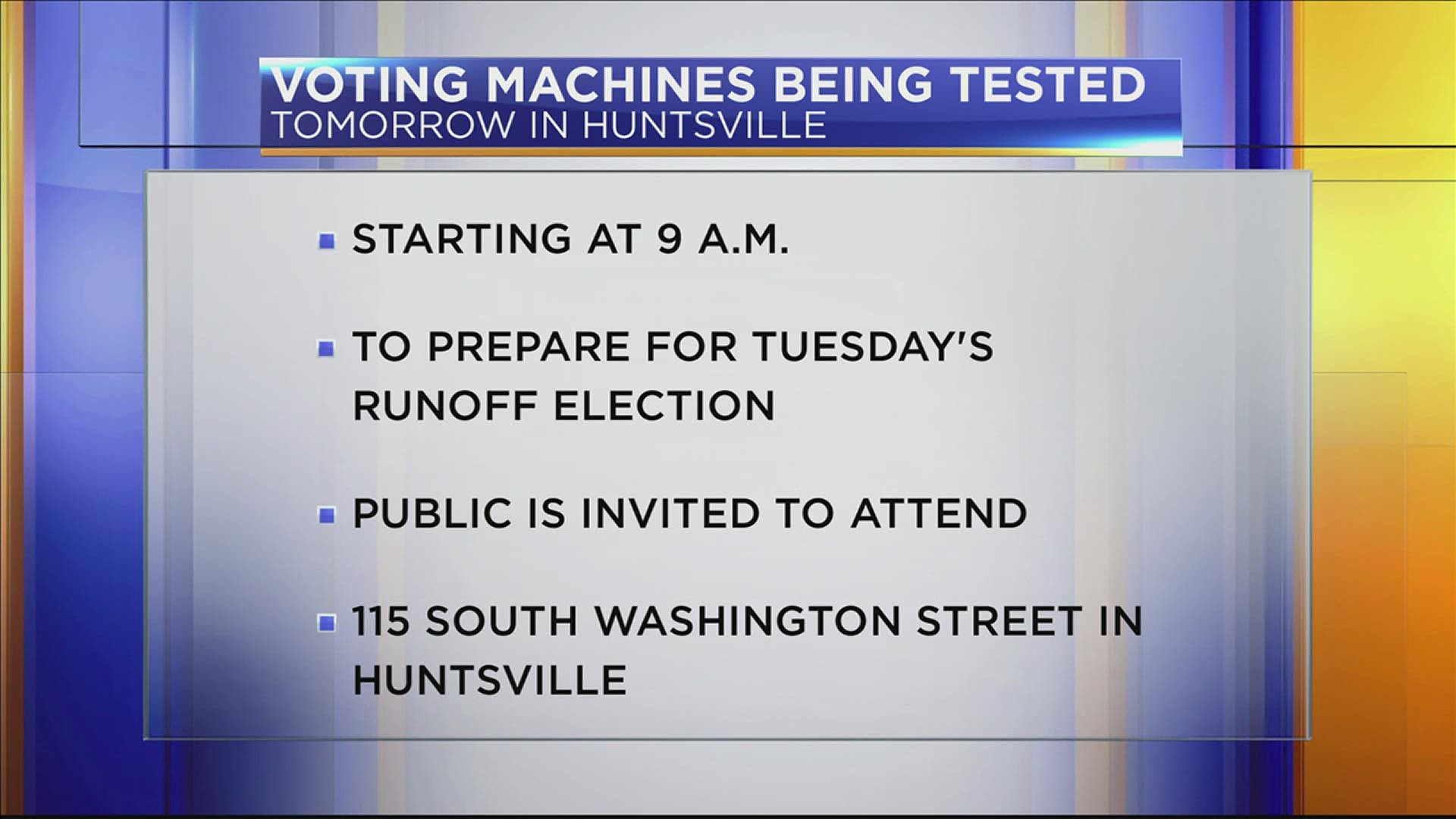 HUNTSVILLE, Ala. — Huntsville voting machines will be tested starting at 9 a.m. on July 8.

The testing is in advance of next Tuesday's runoff election.

RELATED: Crossover voting law reminder: Those who voted in primary election may only vote in same party's primary runoff election

The test will be conducted at the W. T. Grant Building at 115 South Washington Street in Huntsville and the public is invited to attend.

It's important to note that if you voted in the March 3 primary election and intend to vote in the July 14 primary runoff election, you must vote in the same party's election due to the state's crossover voting law.