Leaders say this is their second stop as they canvas through several communities in Huntsville. 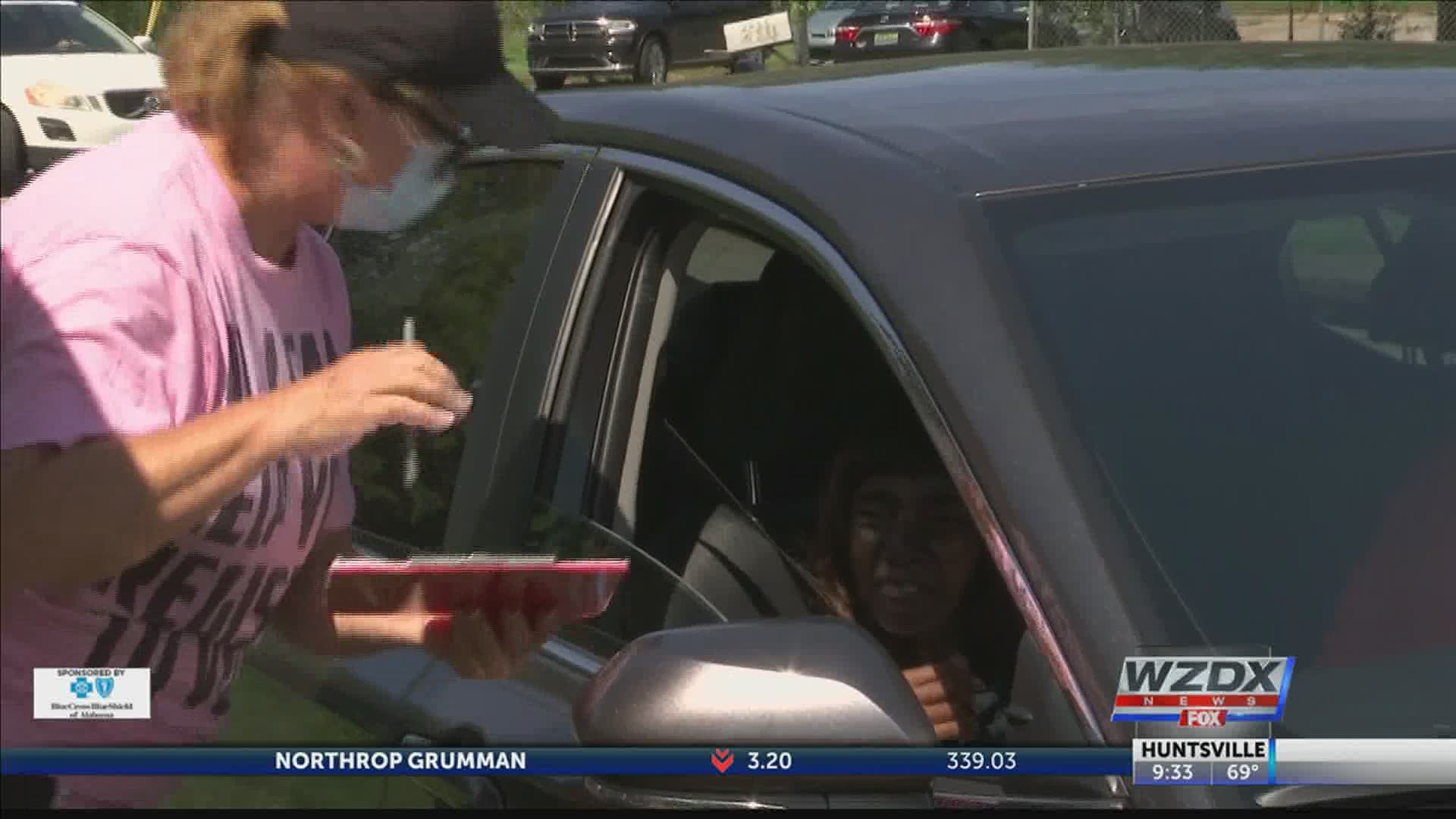 HUNTSVILLE, Ala. — Local leaders have teamed up to get people registered to vote this November. 'Vote Gone Viral' is their campaign and Meadow Hill was one of several stops to come across Huntsville on Saturday.

'Vote Gone Viral' organizer Susan Griffin says this drive up service is needed in our communities. "It's really important. The data shows that some of the main reasons people don't absentee vote even though they would like to, and they can't get to the polls on Election Day for whatever reason, is that they don't have a printer at home."

Griffin also says access to transportation or printing and shipping stores can be difficult. "Often marginalized or underserved communities are often in these commercial deserts where they don't have the services."

This drive hits close to home for 'H.A.L.O' (Helping. All.Live.Outstanding) organizer Gretta Fletcher. "This is the community that I grew up in. And a lot of people don't think that they have the right to vote. They think because they've been in trouble when they were younger, that they don't have the right to vote. We have an attorney here on site, that will let them know if they can or cannot vote."

Next Step Family Law Attorney, Nora Hickman, says someone becoming involved in their community is one way of keeping that person from returning to a life of crime. "Part of that is being able to vote and have that active voice in the community," added Hickman.

The next 'Vote Gone Viral' drive up will be tomorrow from 2-6 p.m. at the Fellowship Presbyterian Church.

RELATED: ‘Vote Gone Viral’ campaign brings registration to your neighborhood: How to sign up

RELATED: Do you need to restore your voting rights?

RELATED: League of Women Voters of the Tennessee Valley reflect on municipal elections