Joe Carlucci is the owner of Valentina's Pizzeria and Wine Bar in Madison. 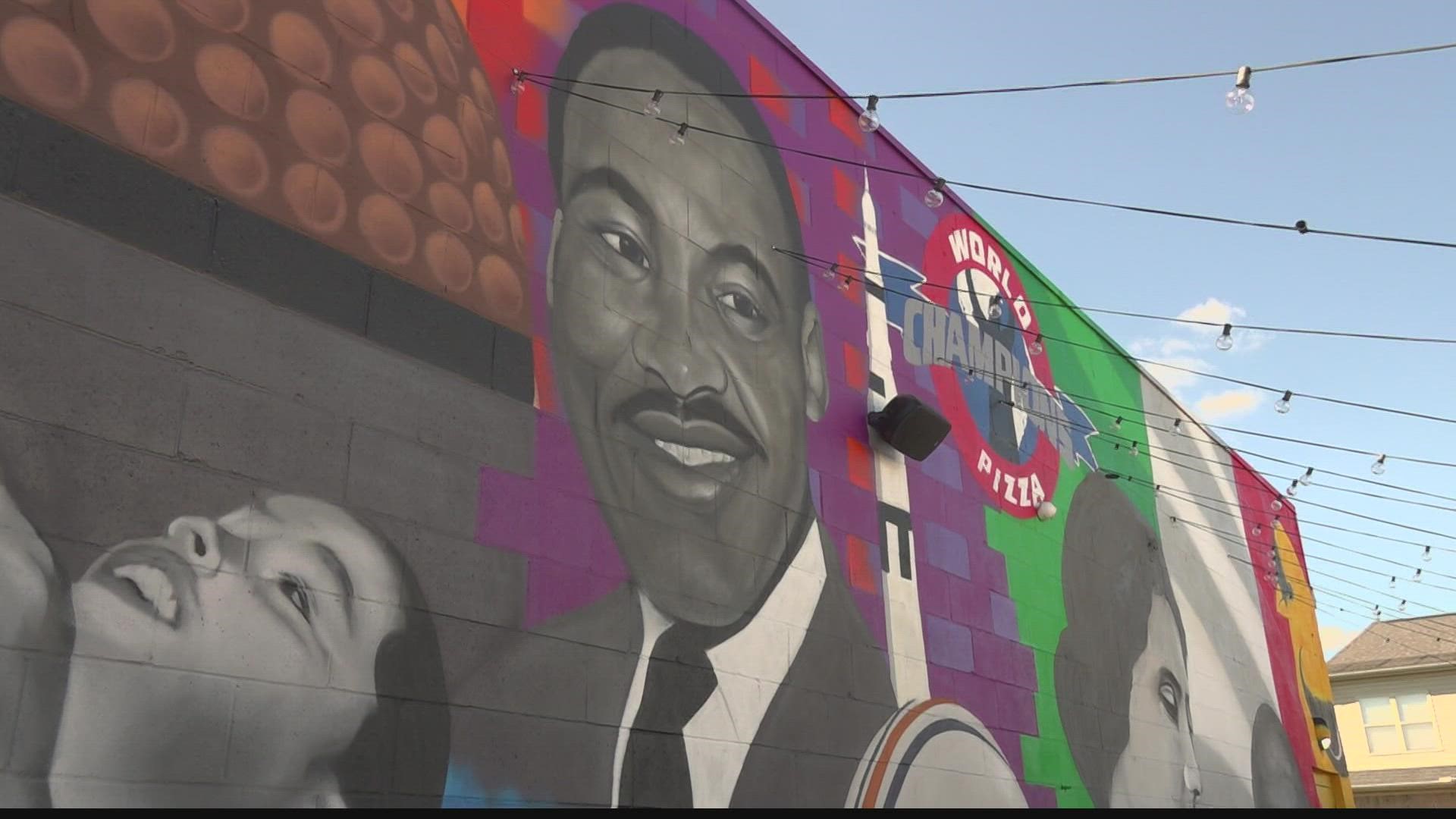 MADISON, Alabama — Valentina's Pizzeria and Wine Bar in Madison has some unusual decor: a large mural on the side of his pizza shop featuring historical figures.

Joe Carlucci is the owner. The mural outside of his restaurant is 80' feet wide and features luminaries like Martin Luther King Jr. and Rosa Parks, along with an American flag and troops.

"Martin Luther King, they changed the world," Carlucci said. "I'm just the pizza guy trying to change the world on pizza. I think it's huge I think people need to speak about it. Let's not argue about it, lets not fight about it, let's sit down and educate. We don't educate."

The pizzeria is named after Carlucci's daughter, so he added an image of her tossing a pizza pie in the air. Carlucci is a founding member of the World Pizza Champions and he added the group's logo to the mural to recognize pizza makers across the world. Anthony Bourdain, a world-famous chef and traveler who inspires Carlucci, has his face is in the bottom left-hand corner of the mural. Bourdain died by suicide in 2018.

The mural artist is James Smith with 1440 Art, who flew in from Los Angeles to create the murals.

At the front of the pizza shop, is a spray-painted mural of Barstool Sports owner David Portnoy. Carlucci admires all he did to help restaurant owners during the pandemic by raising $60 million dollars.

"I love the mural and I love the people on the mural," Carlucci said.

RELATED: Who gets the money from the 3% developer's fee at Clift Farm?