U.S. 231 bridges progressing, should be open by Dec. 2 deadline 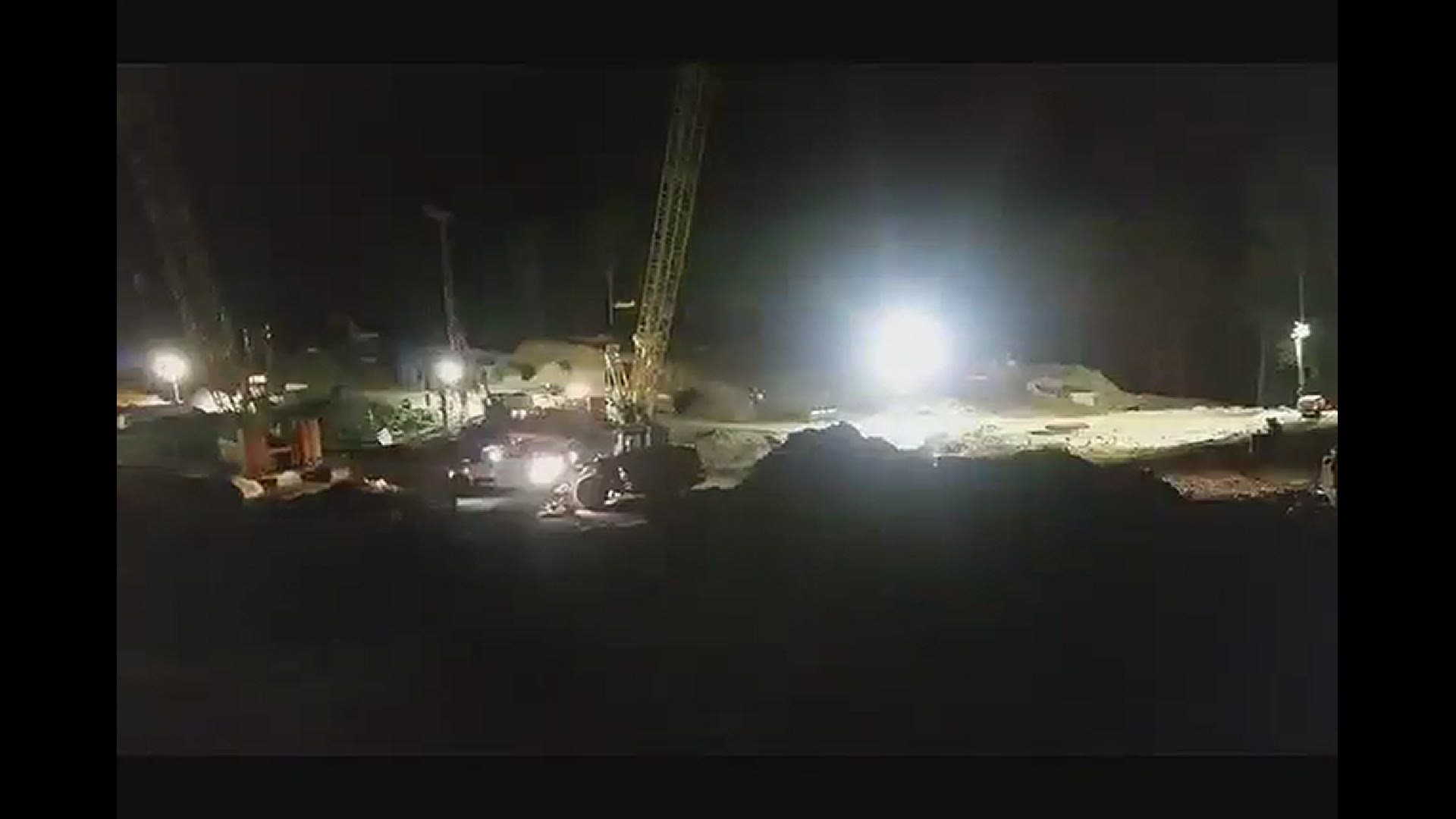 HUNTSVILLE, Ala. — U.S. 231 on Morgan County was closed following severe damage caused by a substantial landslide triggered by heavy rainfall in February. Further investigation revealed a slide plane roughly 50 feet underground affecting about 1,000 feet of the highway in each direction.

The bridges that will span the landslide area are well underway, with construction expected to be completed by December.

The Alabama Department of Transportation reports that during the first month of construction, more than half the drilled shafts that will form the foundations of the bridges spanning the landslide on U.S. 231 in Morgan County were completed. During the first phase or repair, Reed Contracting removed about 220,000 cubic yards of dirt and debris from the slide area.

Weather permitting, work continues around the clock,seven days a week, with the aim of opening the twin bridges to the traveling public by Dec. 2.

ALDOT says that bridge construction began June 1. Brasfield & Gorrie of Birmingham, the contractor on the $14.6 million project for the second phase of the repair on Brindlee Mountain between Lacey’s Spring and Morgan City,must construct a total of 32 drilled shafts, or caissons.These 9.5-foot-wide steel and concrete drilled shafts are socketed 15 feet into the solid rock beneath the slide to anchor the bridge abutments and piers.

As of Tuesday June 30, 17 of the shafts had been completed. In addition, seven grade beams—ground-level struts between pairs of shafts—were constructed, as well as ten columns and one of the caps upon which the bridge girders will rest.

Each bridge will be about 1,000 feet long and 44 feet wide, accommodating two 12-foot lanes with 10-foot shoulders. The bridges will tie into the existing roadway following minor reconstruction of the roadway.

The contractor could be paid incentives up to nearly $2.5 million for early completion.The highway must be fully reopened to traffic by Dec. 2, 2020, or the contractor will face pay deductions.