Upepo was officially welcomed into the pride at the Valley of the Kings on Wednesday, September 2 at 9 a.m. 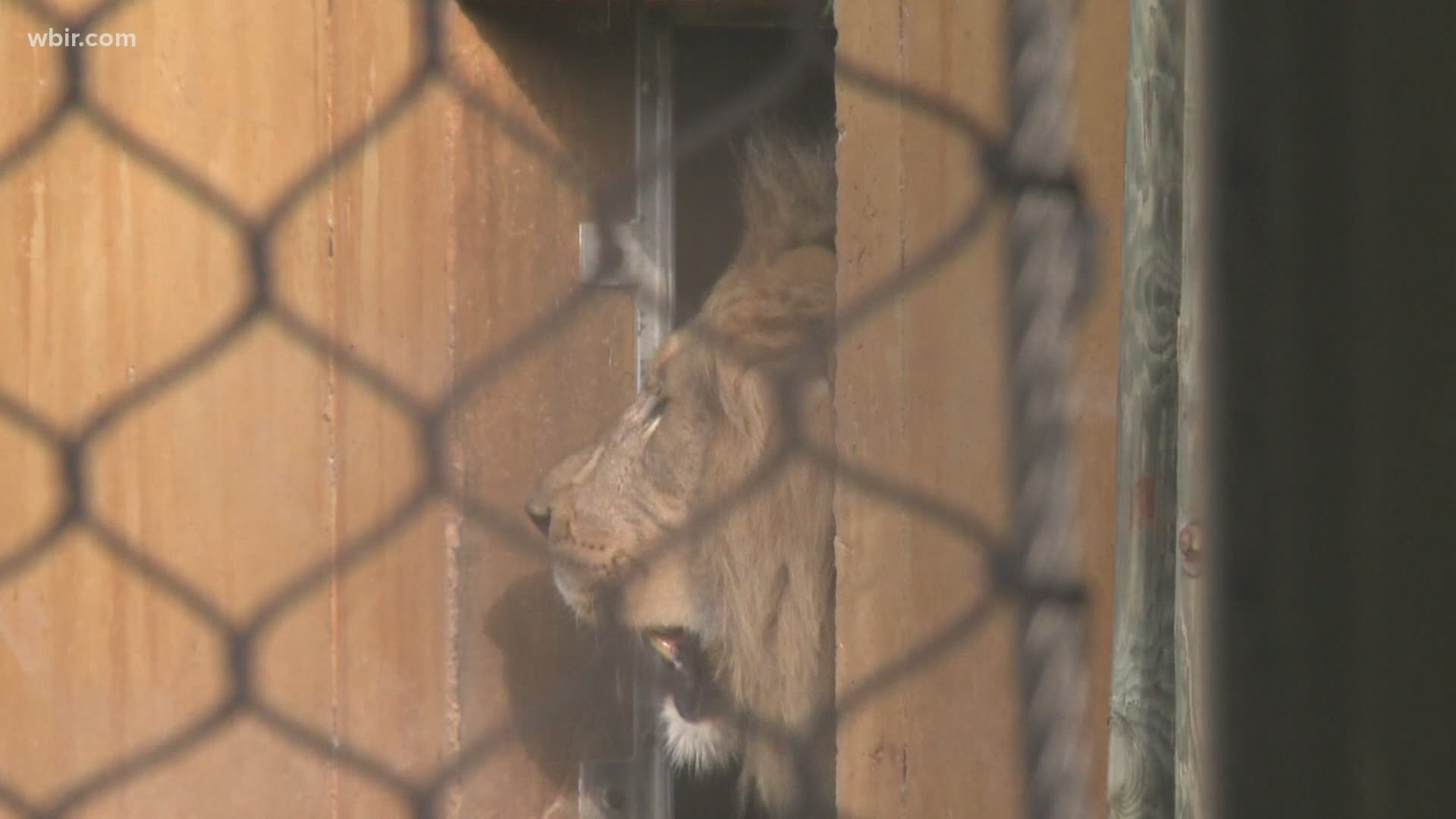 Upepo the lion has at the zoo for since mid-July but had to be in quarantine for 30 days before they could move him to the Valley of the Kings habitat. He's been hanging out behind the scenes for about a week there, and was invited to meet his public for the first time on Wednesday.

He was a little reluctant to come out at first. Keepers said Upepo is feisty but a little timid, and it sometimes takes him a bit to become comfortable with a new situation.

It took a few hours, but he finally started exploring the large outdoor area, to the delight of zoo visitors.

Upepo is big and handsome, and will soon have a mate.

Zookeepers said they are expecting a female lion to join Upepo in the near future on a breeding recommendation, though the details haven't been worked out. That could mean lion cubs are in the zoo's future!

Upepo, whose name means "wind" in Swahili, is a 5-year-old 400-pound lion who traveled to Knoxville in July from Wildlife Safari Park in Winston, Oregon.