On Tuesday a fire started behind some houses in a Foley neighborhood off Hickory Street and it was an unlikely hero that saved the day. 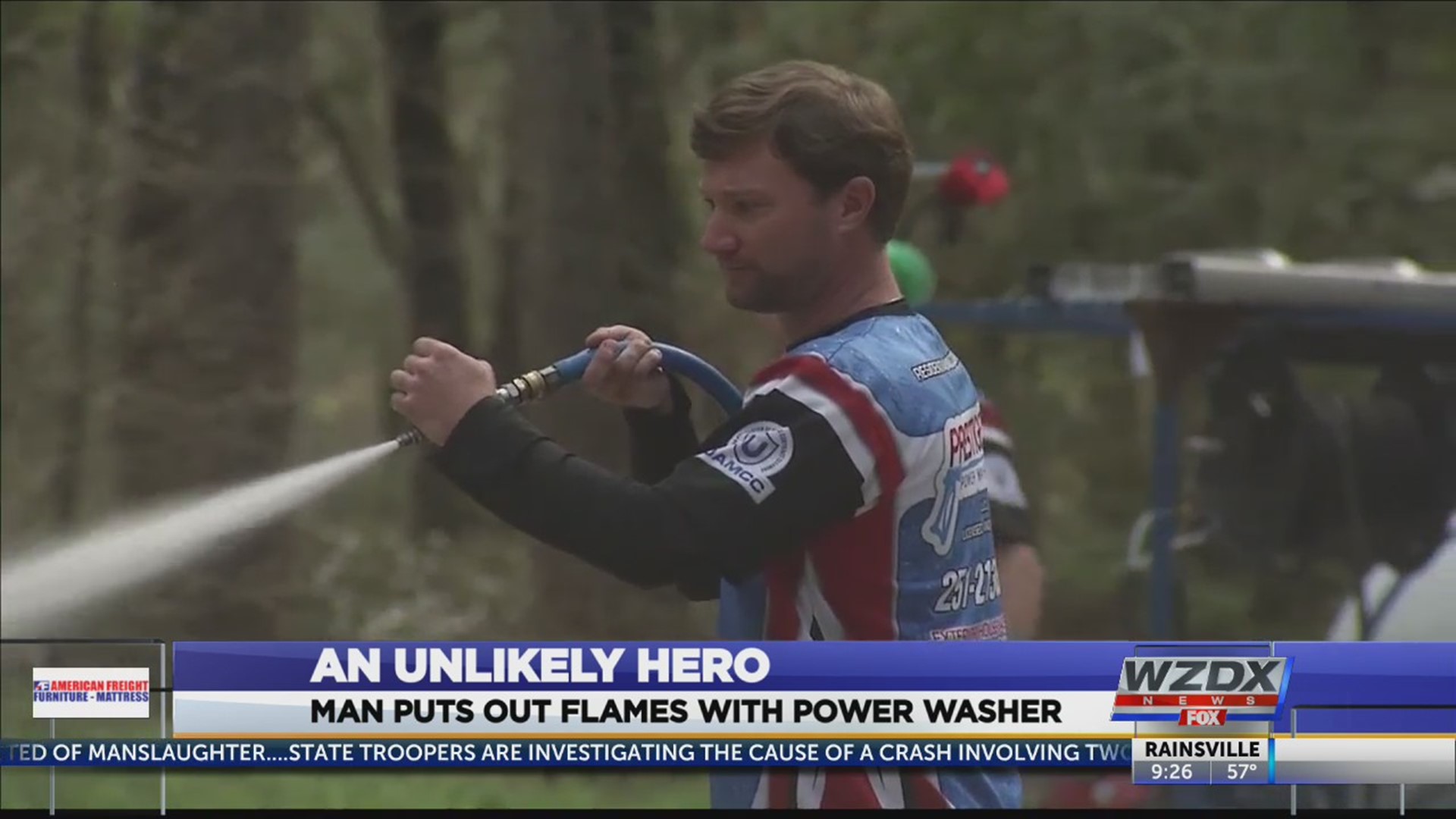 FOLEY, Ala (WKRG) — On Tuesday a fire started behind some houses in a Foley neighborhood off Hickory Street and it was an unlikely hero that saved the day.

Normally, a day at the office is full of pressure washing for John Lankford. Earlier this week, after finishing a job, he saw something odd on his way home.  “I noticed a large flame from the back of a house.”  Without hesitation, he jumps into action.

“Pulled into the neighborhood and there were two other gentlemen already here that were obviously on the phone trying to dial 911 and I knew that we didn’t have any time.”

He grabs the hose, finds a water supply, uncoils his pressure washer hose, flips on the generator, “Ran with the hose to the back of the fence, jumped the fence, turned on the ball valve and released 9 gallons of water a minute.”

Suddenly a new use for a pressure washer.  “So, I was able to blast the fire out with that,” says Lankford.

The wind was driving the flames straight towards the houses.  “Another five foot and that vinyl overhang would have been melting,” he says.

Next door Montura Gerow had noticed the smoke but had no idea how close the fire was.  “Oh, he saved some houses and me and my husband and my dog’s life.”

When firefighters arrived, the threat was over and what Lankford had done began to spread through the neighborhood.  “That’s awesome. I mean everything could have burnt,” says one neighbor driving home.

“I’m no hero,” says Lankford.  “I’m just a good-hearted person that believes in helping others.”

How the fire started is still under investigation but for folks around here, it’s how it ended that matters.