Get out and ride! All motorcyclists welcome at Unity Ride 2021. 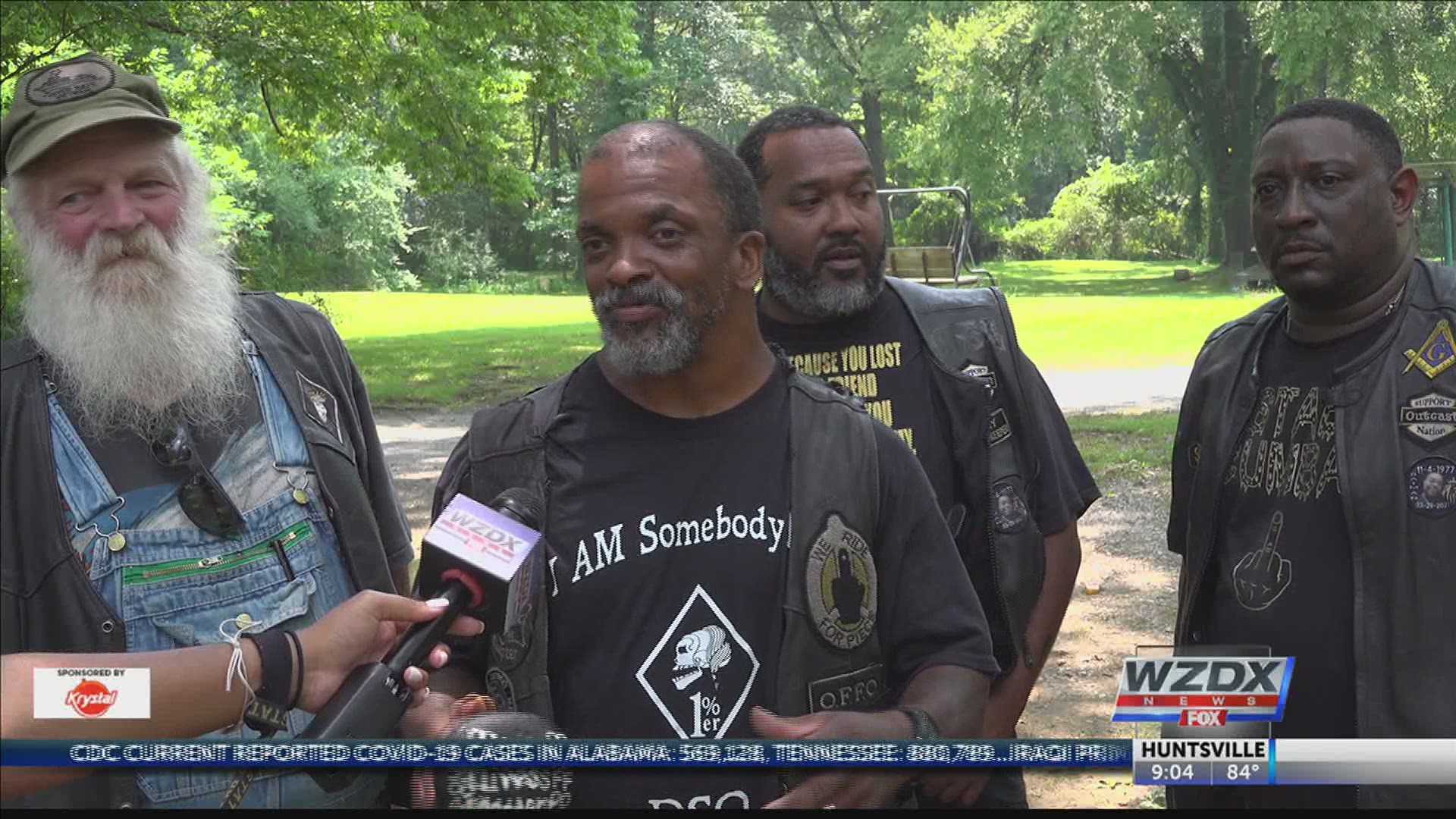 BROWNSBORO, Ala. — Bikers in the Tennessee Valley kicked up their stands and gathered together for a Unity Ride hosted by the Saints Motorcycle Club and the Outcast Motorcycle Club. All riders, club-affiliated or not, were welcome.

The organizer, Chris '504' Courtney explained, "Well, this matters to me because you've got all colors, all sizes, all ages and for one, we are bikers and we are all a family. I pulled this family together and I called it a unity ride, so that we could all get to meet, greet, and get to know each other."

The Unity Ride started in the summer of 2020 as a means to promote unity in Huntsville as protests against police violence were spreading across the county.

This year's ride started at the Saints Motorcycle Club at 330 Brownboro Road and ends at the Outcast Motorcycle Club at 1158 Wall Triana Blvd. Registration began at 11:00 a.m. with Kick Stands Up around 1:00 p.m. After the ride, families and friends gathered for a cookout.

In 2020, two Huntsville biker clubs, one Black and one White, took the lead to host a unity rally Saturday. The "Outcast" and the "Saints" say the message of unity means so much now more than ever.

"Bikers are one. We are one when we come down to the bikers," says Outcast Motorcycle Club member, Chris Courtney.

Dozens of bikers rode out from Saints Motorcycle Club, to the Redstone Harley-Davidson shop with one message in mind, unity.

Courtney says he was compelled to do the 'Unity Rally' after someone from AAA needed help assisting a biker recently.

"Called me and said man, we got a biker broke down and three bikers passed him up and didn't stop," says Courtney.

"If you see bikers, we ask that you please stop, and help them," added Courtney.

Bubba Smith with the Saints Motorcycle Club says it's about the bikes.

"I love my brothers, not matter what color they are, you know? And that's the reason I'm doing this. It's all about the motorcycles," says Smith.

"With the loss of those two, of course it was a great loss to a nation - to the whole nation, if not the world. So it's just voicing your opinion and making sure you're on that right side of history as John Lewis was saying," says Moore.

"We have the ability to have a trend in whatever direction we want to, but it's got to be deliberate. And if we don't put ourselves out there and be deliberate about it then it's not going to change," says Walsh.