This order by the Western Collegiate Hockey Association restricts cheerleaders, mascots, and bands from attending hockey games this season. 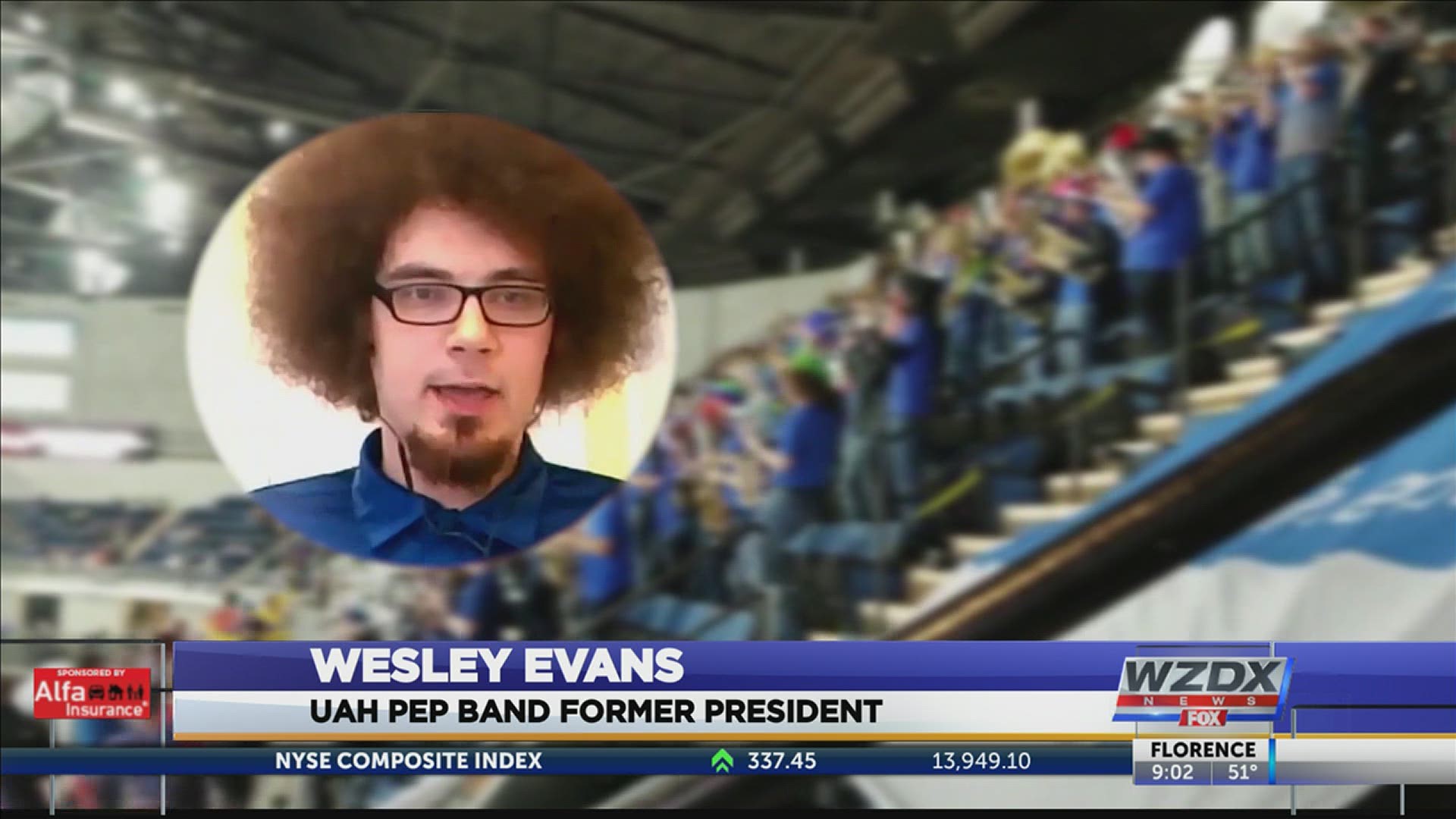 HUNTSVILLE, Alabama — The UAH Pep Band is no longer allowed to play at hockey games this season due to the pandemic, but they're putting up a fight.

This ban by the Western Collegiate Hockey Association restricts cheerleaders, mascots, and bands from attending hockey games this season.

Soon after the UAH Pep Band found out about the order, they took action by creating a petition to allow each school to make their own decision.

UAH Band Underclassman Representative, Roland Mann, said, "Unlike a lot of colleges in the league, UAH has the ability to safely host a pep band and cheerleaders and other spirit groups in the stadium, because I mean we have a 6,000 person capacity at the VBC and at UAH games, it rarely has 1,500 people there."

The ban comes at a time when the UAH Hockey Program is struggling financially.

The university actually decided to eliminate the hockey team in the spring, but due to the community raising over $500,000 in just one week, the school was able to continue the program this season.

UAH Pep Band Former President, Wesley Evans, said, "We feel like if the band is there to help the team, it would help not just the atmosphere but the long term standing of what is going to happen with this team right now."

The pep band has already been practicing for the upcoming hockey season. So far, they say there have been no COVID-19 cases among band members.

Although they are taking precautions, health officials say we must be even more cautious heading into the winter and during flu season.

Huntsville Hospital Infectious Disease Consultant, Dr. Hafsa Siddiqui, said, "Now we are seeing these two viruses coming and they both have similar symptoms. They both can cause similar illness, so we should be more cautious even than before."

The band says they are taking precautions they believe would make playing at hockey games safe for everyone. The say they plan to sit six feet apart, wear face masks made specifically for people playing instruments, and use instrument bell covers to eliminate any particulates that would be ejected from the bell when being played.

UAH's first home game is in January. The pep band hopes their petition catches the eye of the WCHA by then.

"We have the PR email for the WCHA set up and so every time we hit a milestone or publish an update, they get an email saying hey this petition directed to you has had this many signatures and we just hope that they notice it," said Mann.

WATCH: Will you need to wear a mask even after a COVID-19 vaccine is available?