The UAH Pep Band will hold pep rallies outside of the VBC instead of performing at games during the 2020-2021 season. 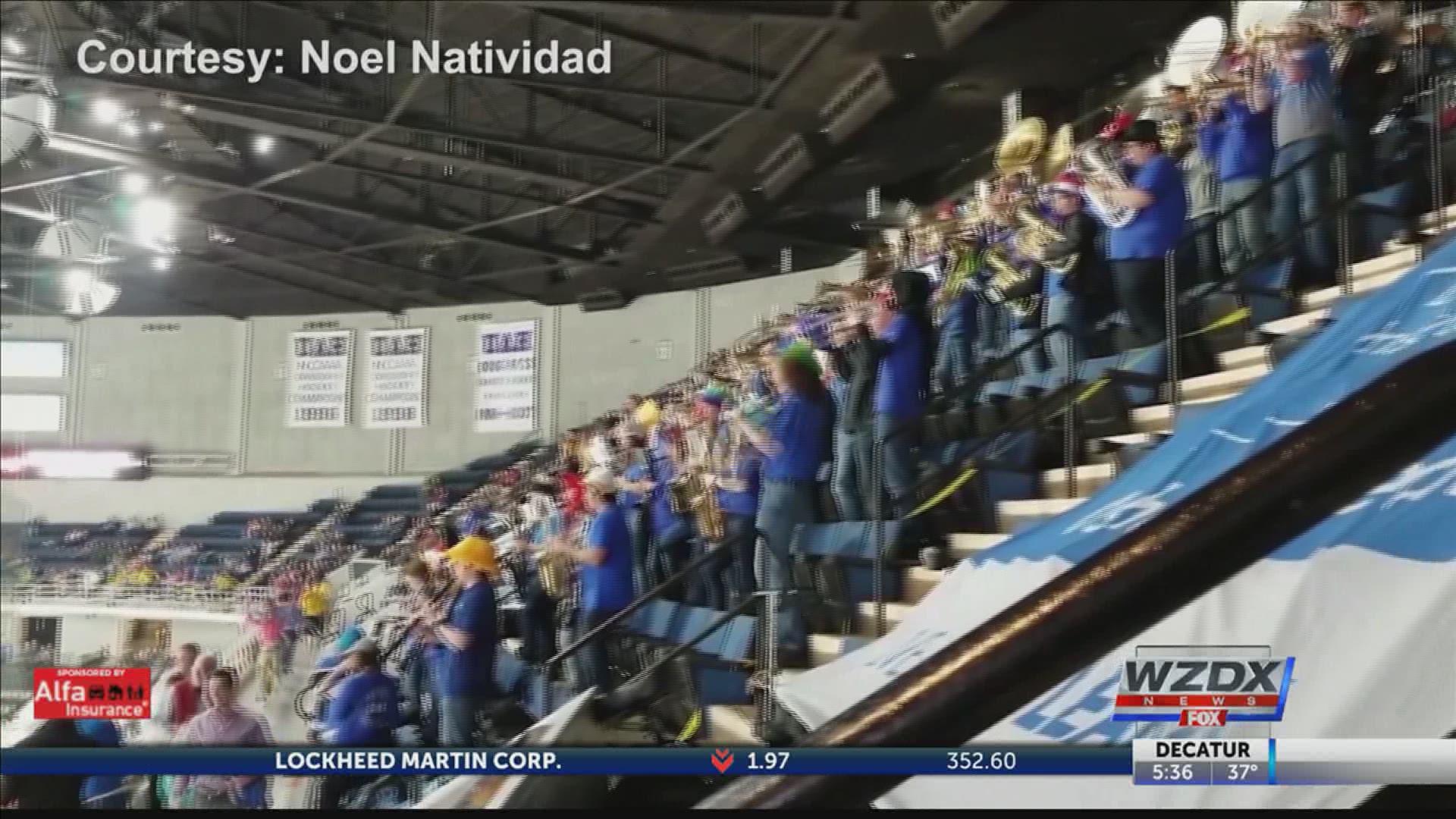 HUNTSVILLE, Ala. — The UAH Pep Band will not be playing at hockey games this season despite hundreds signing a petition to allow them to play.

The Pep Band created the petition after learning the Western Collegiate Hockey Association banned spirit groups from performing at games due to the pandemic.

In the petition, they argued they have face masks and bell covers that allow them to safely play instruments. They explained they also have room to spread out and social distance at the VBC, but they say the WCHA will not budge on their stance.

Pep Band members found a way to still show their support this season. The band will now hold pep rallies outside of the VBC instead of performing at the games.

UAH Band Underclassman Representative, Roland Mann, said, "What we are looking at really doing is before games bringing the pep band down there and just having them play outside and kind of bring up the energy, get people excited to go to the game." 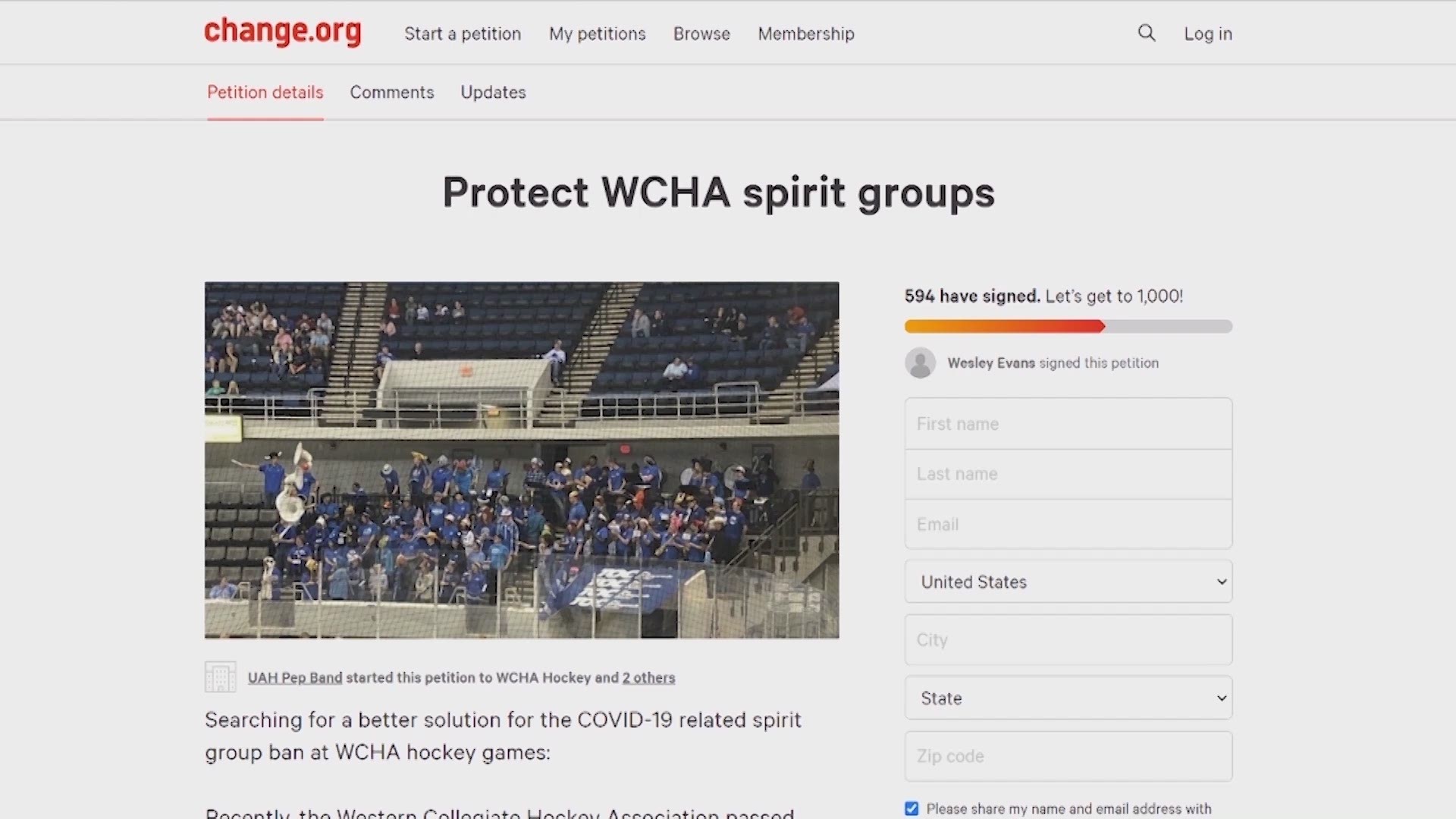