The delta variant has Alabama on track to match its worst month for infections and hospitalizations. 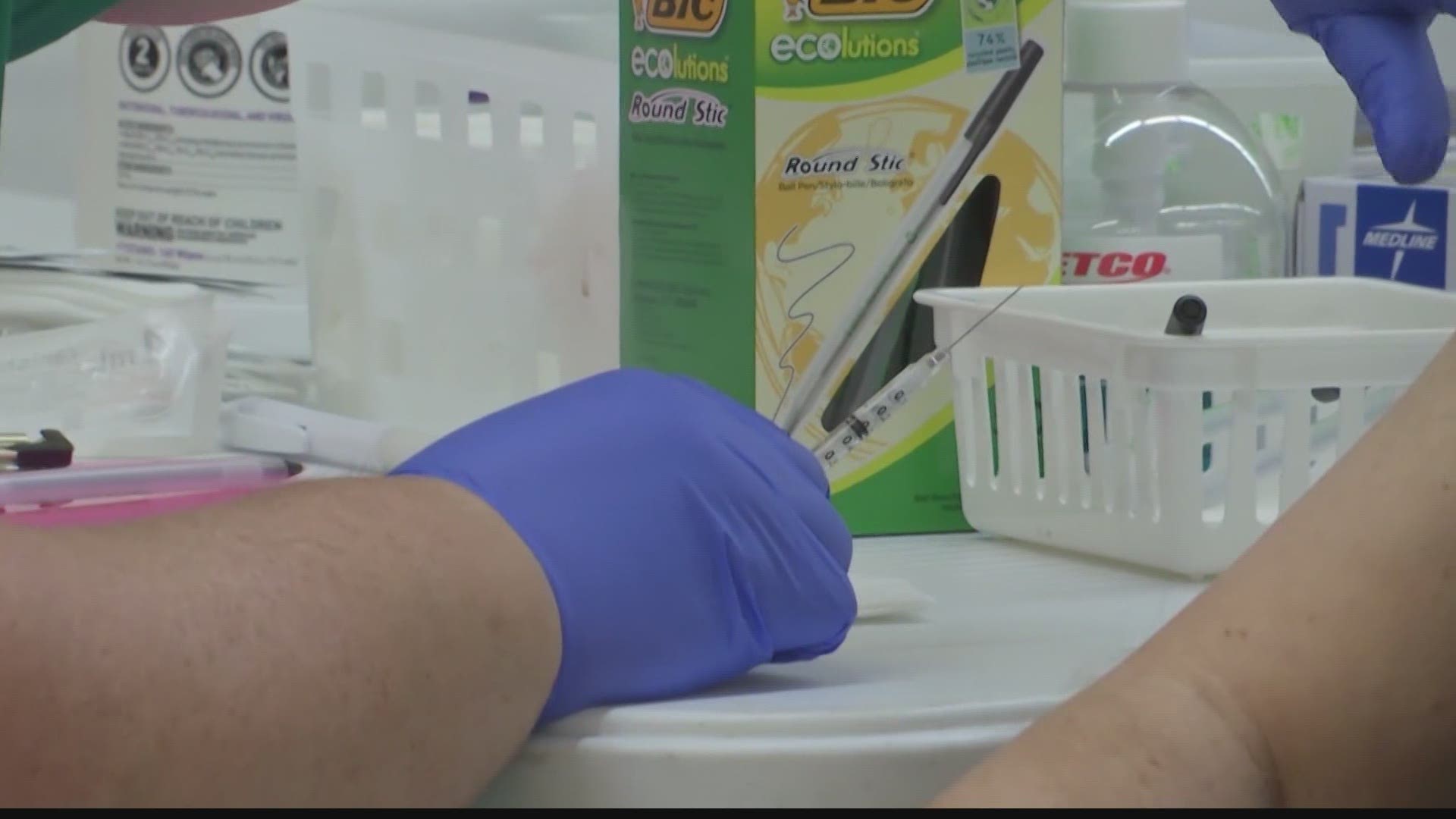 BIRMINGHAM, Ala. — Based on Alabama’s spiking COVID-19 infection rate and the delta variant’s highly contagious nature, large gatherings are quickly becoming more dangerous, according to two doctors at the University of Alabama at Birmingham.

During a virtual public forum held Monday by UAB, Jeanne Marrazzo, director of the Division of Infectious Diseases, and Michael Saag, director of the Center for AIDS Research, answered questions from residents who tuned in.

RELATED: CDC reverses course on indoor masks in parts of US where COVID is surging

Saag called the July Fourth weekend “the spark” that touched off the wildfire that is the current surge of infections. He attributed that to holiday gatherings across the state where few or no precautions were taken.

That means masks should be worn in public and large gatherings should be avoided, Saag said.

“We can push back or fight against it, but that doesn’t change it. The virus doesn’t care. It’s going to infect us if it gets the chance, and our job is to not give it a chance,” he said.

He said that it’s understandable that people are hesitant about getting the shot because this is a new disease and a new vaccine, but with well over 1 billion people vaccinated worldwide, there is now a massive amount of data on the efficacy and safety of the vaccine. Its safety profile is consistent with the early trials that enrolled 30,000-40,000 people each, and it continues to prove that it is extremely safe and effective, Saag said.

It’s rare to have a medical intervention that is so widespread and can be evaluated so thoroughly.

“This is about as much information as we can ever get,” he said.

Thirty-four percent of Alabamians are fully vaccinated. Half of all Americans — 160 million — have both shots.

Marrazzo said that a fully vaccinated person is 90 percent protected against contracting the delta variant. A person with only one shot is 70 percent protected. For those who do get infected, most will not need to be hospitalized or put on a ventilator.

With children expected to return to in-person school this fall, she encouraged parents to advocate for teachers and staff to be vaccinated. Kids are still faring better against the virus, but the delta variant is penetrating into the state’s population of young people more and making them sicker than the original version. Young people have the lowest vaccination rates in Alabama, which has the lowest vaccination rate of any state.

Marrazzo and Saag encouraged those who are hesitant about the shot to get vaccinated for their health as well as everyone around them. Immunocompromised people who are fully vaccinated are still vulnerable if infected, faring much worse than people who have no underlying conditions.

People who are vaccinated and contract the delta variant shed much less of it, they said, but are still very contagious and should wear masks in public.

UAB will host its next open forum on Aug. 23 at 11 a.m. To participate, register here.

IN OTHER NEWS: Huntsville City Schools to require masking at school