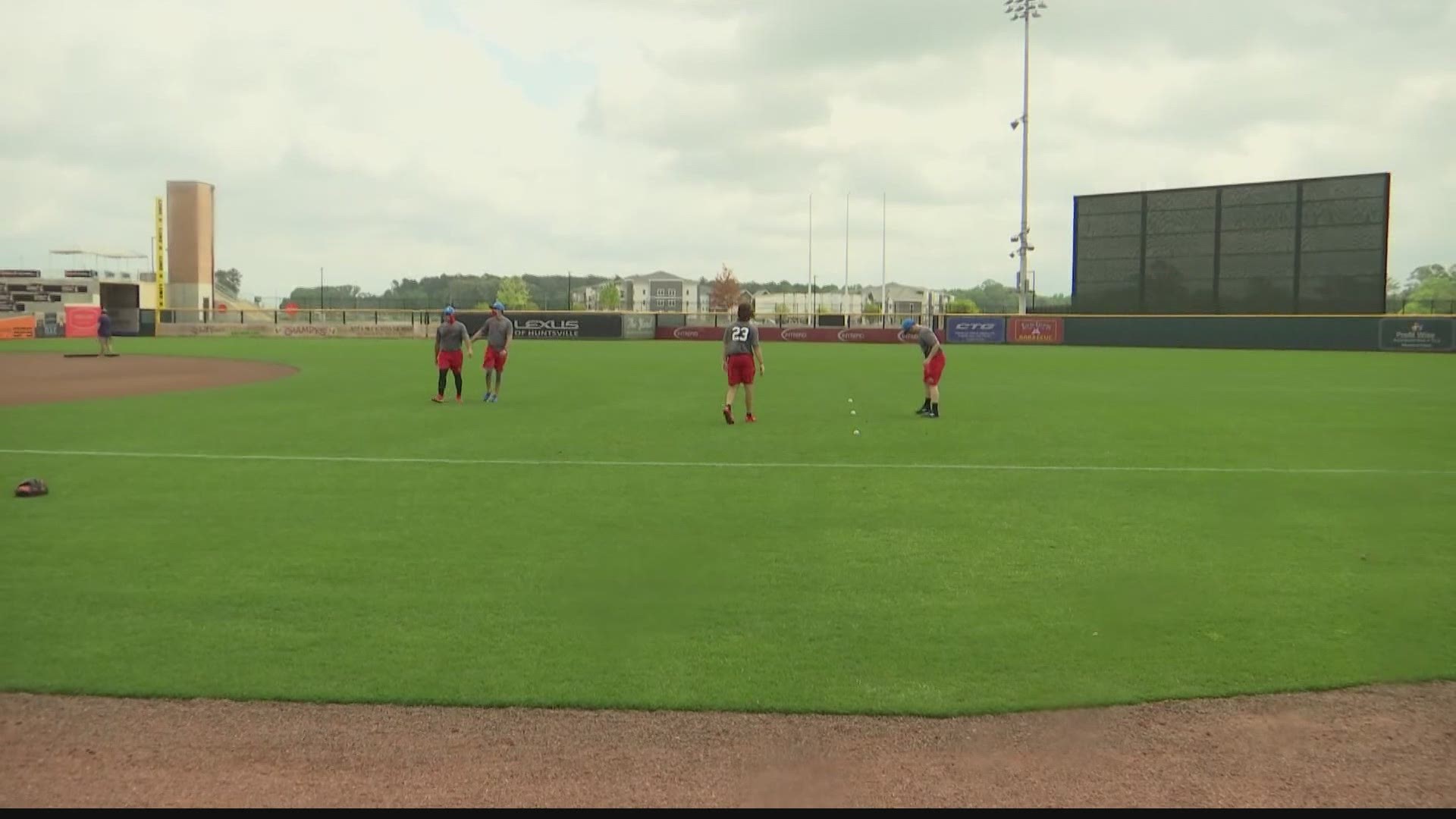 HUNTSVILLE, Ala — The Trash Pandas Opening Day is just about a week away. The team has a lot in store and you could see some changes because of the pandemic.

Our team spent the day at Toyota Field to give you a sneak peak at what you can expect to see at the first home game.

Players spent some time practicing today and we hear they’re in good spirits.

Fahrmann tells us, “I think the players were excited to take their first batting practice that first night, Monday night under the lights. Gosh, those guys can hit the ball. They were hitting the ball right out of the park. So, hopefully the angels send us a lot of baseballs.”

There are a couple things you should know to make Opening Day run smoothly for you and your family.

Lindsey Knupp, Vice President of  Marketing, Promotions, Entertainment says, “Just be aware there’s a ‘Clutch’ app you can download. You can prepay for your parking, which you should absolutely do. Download the ‘Clutch’ app.  It’s six dollars in advance, if you come the day of the game, it’s 10 dollars.”

Some things will look different during the pandemic.

Garrett Fahrmann explains, “It’ll be a little bit different. The fan interaction with the players will be a little bit different. You know, we aren’t going to have the kids, unfortunately, being able to go down and asking for autographs, players aren’t supposed to be throwing baseballs into the stands-- some of those things that you like to see at a ballpark… We had to take some safety precautions. We had to put plexiglass on top of the dugout to protect the players from the fans. But, overall it’s going to be the exact same experience-- you got the players on the field, the fans in the stands… We’re just going to make the best of the COVID situation, and hopefully things will relax over the course of the year.”

Some parts of just being at a baseball game will bring feelings of nostalgia flooding back, like everyone’s favorite --good old game day food.

Although, the field does have something you’ve never seen before. Feast your eyes on the ‘Dumpster Wrap’. Executive Chef Ryan “Two flour tortillas with a bunch of cheese sandwiched in between it. Grilled. Then within the quesadilla we have fries, two hot dogs, fried jalapeno caps and our house made chili.”

Well, it gets our reporter's seal of approval.

If you still have any questions about opening day, the Trash Pandas have an A-Z guide on everything you need to know before coming out to the game. CLICK HERE TO LOOK AT THE GUIDE.

RELATED: What to know ahead of Trash Pandas home opener