From 8 am to 8 pm... 12 hours to break the record for the world’s largest food drive. It’s a big task, but it's one with even bigger reward for families in need. 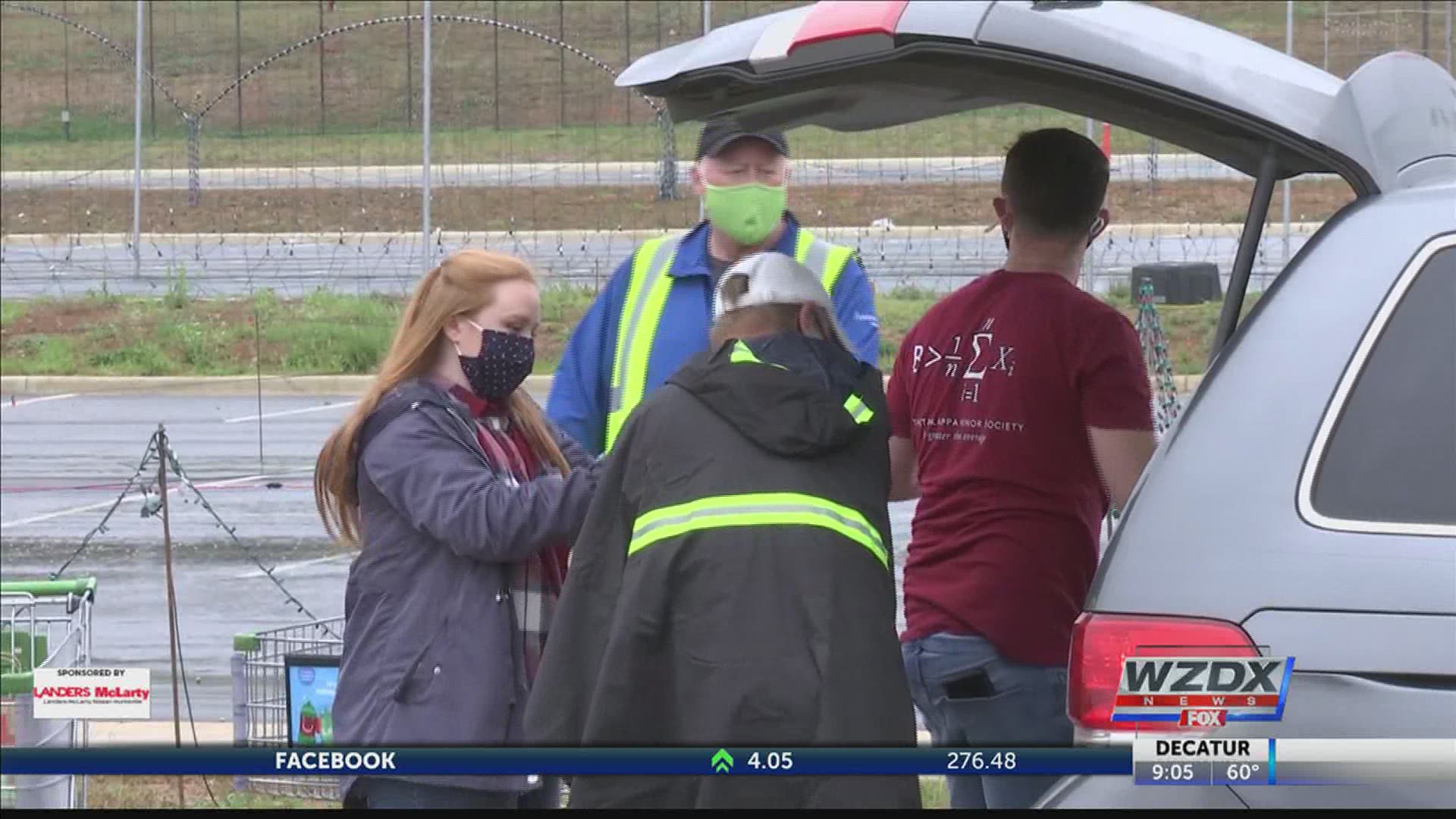 HUNTSVILLE, Ala — Trying to break a world record means all hands on deck.

The Trash Pandas, Manna House and a number of other organizations spent the day trying to break the Guinness World Record for the world’s 'largest food drive'. Our team was there. We heard more on how this food drive, whether it breaks the world record or not, could make all the difference for a lot of people in the Valley.

From 8 am to 8 pm... 12 hours to break the record for the world’s largest food drive. It’s a big task, but it's one with even bigger reward for families in need during the pandemic.

We spoke with Nicole Wilson, who was the person who filled out the application to attempt the Guinness World Record. Wilson also frequently volunteers with Manna House. She tells our reporter, “Manna House is one of the largest distributors in North Alabama. And typically for Thanksgiving for example, they would have thousands of turkeys in their freezer. Right now they only have eight-- eight turkeys in their freezer.”

Nicole Wilson says, seeing the need, she and her husband decided to fill out the original application to try to break the world record. She adds, “We applied for this record about 16 weeks ago. We finally got approved about a month ago and that just set everything in motion from there.”

559,885 pounds of food is the current record, which was set back in 2011 in North Carolina. Wednesday, groups are aiming to collect 600,000 pounds of food. They're attempting to do it in half the time, in just 12 hours instead of 24. The Rocket City Trash Pandas were ready to lend a hand and a lot of space at Toyota Field. We caught up with Lindsey Knupp, the Vice President of Marketing, Promotions, Entertainment with the Trash Pandas. She says, “We’re going into the holiday season. There are a lot of people who have the means to give, and a lot of people who are in need right now.

People brought by donations in a drive-thru set up, and the event was contactless.

Collecting the food was half the battle, documenting it for the Guinness World Record review committee brings a whole other set of challenges. Nicole Wilson tells our reporter, “They have very specific guidelines. We probably have about three of four pages of straight up guidelines of everything that has to be done. Because we don’t actually have Guinness World Record judges here, we have to have our independent witnesses, our professionals for weight and measures, we had to have certified scales-- we have four of them here. The cameras have to be rolling on the scales at all times. They have to have back up batteries, backup SD cards…”

Most importantly, the food is going to be distributed to families by local groups like Manna House, Downtown Rescue Mission, Legacy Center and more.

Our reporter is told, it could take up to 12 weeks after submitting the paperwork to hear if the record has officially been broken. It's important to note, a few thousand pounds of perishable food were donated during the food drive. That can’t count towards the world record attempt, but it’ll be put to good use.

If you would still like to give, organizers encourage you to consider donating to Manna House.

Click the link below for more food assistance resources:

RELATED: Need help paying your bills during the pandemic? Programs to help in Madison Co.