Facebook group that gave almost $10,000 to servers during pandemic shutting down until spring

After donations started to dwindle toward the end of 2020, the ‘Tipping the Shoals’ Facebook group has decided to shut down temporarily. 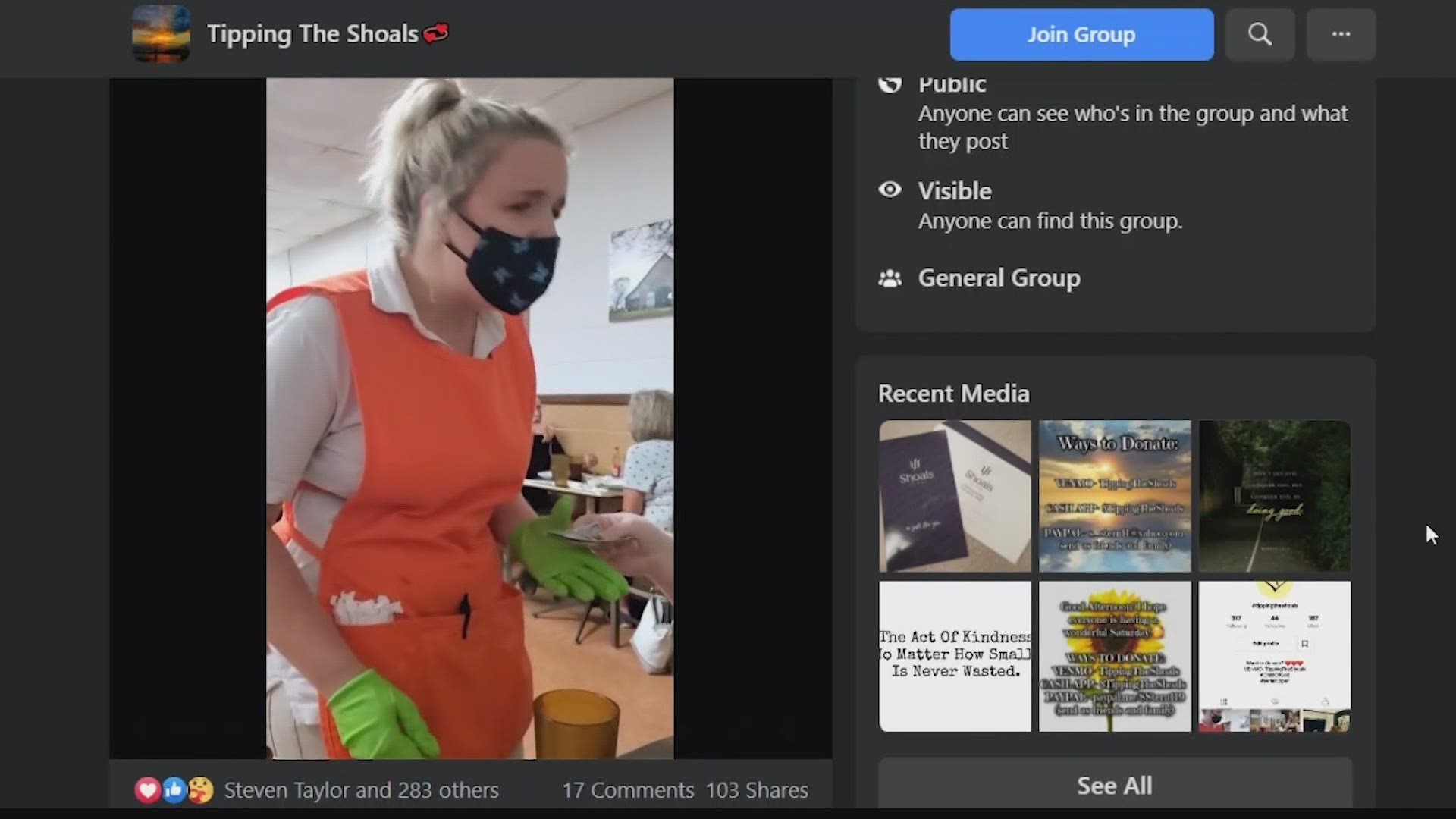 MUSCLE SHOALS, Ala. — During the pandemic, a lot of needs have popped up within our community. Some pretty amazing groups have stepped up to fill them.

The ‘Tipping the Shoals’ Facebook group was created during the pandemic. The Facebook page organizers collected donations weekly and would surprise servers with large tips. This is particularly impactful during a time when the food industry was hit hardest.

Most of the surprise tipping moments were captured on camera and the videos have been shared thousands of times. After donations started to dwindle toward the end of 2020, the group has decided to shut down temporarily.

We caught up with Stephanie Stern, the Creator of the ‘Tipping the Shoals’ Facebook group. She tells us just how much of an impact this page has had on the lives of servers and delivery workers during the pandemic. Stern says, “Our total that we gave in 2020 was 9,932 dollars-- just shy of ten 10,000 dollars. If we can do that is 2020, who knows what we can do in 2021. I want to double and triple that number.”

Stern tells us the Facebook group hopes to start tipping again in the spring or summer of 2021.

RELATED: Mask Up Alabama Contest | Win up to $600 by sharing why you feel it is important to wear a mask

RELATED: A local company donates gifts and money to disabled veterans and their families