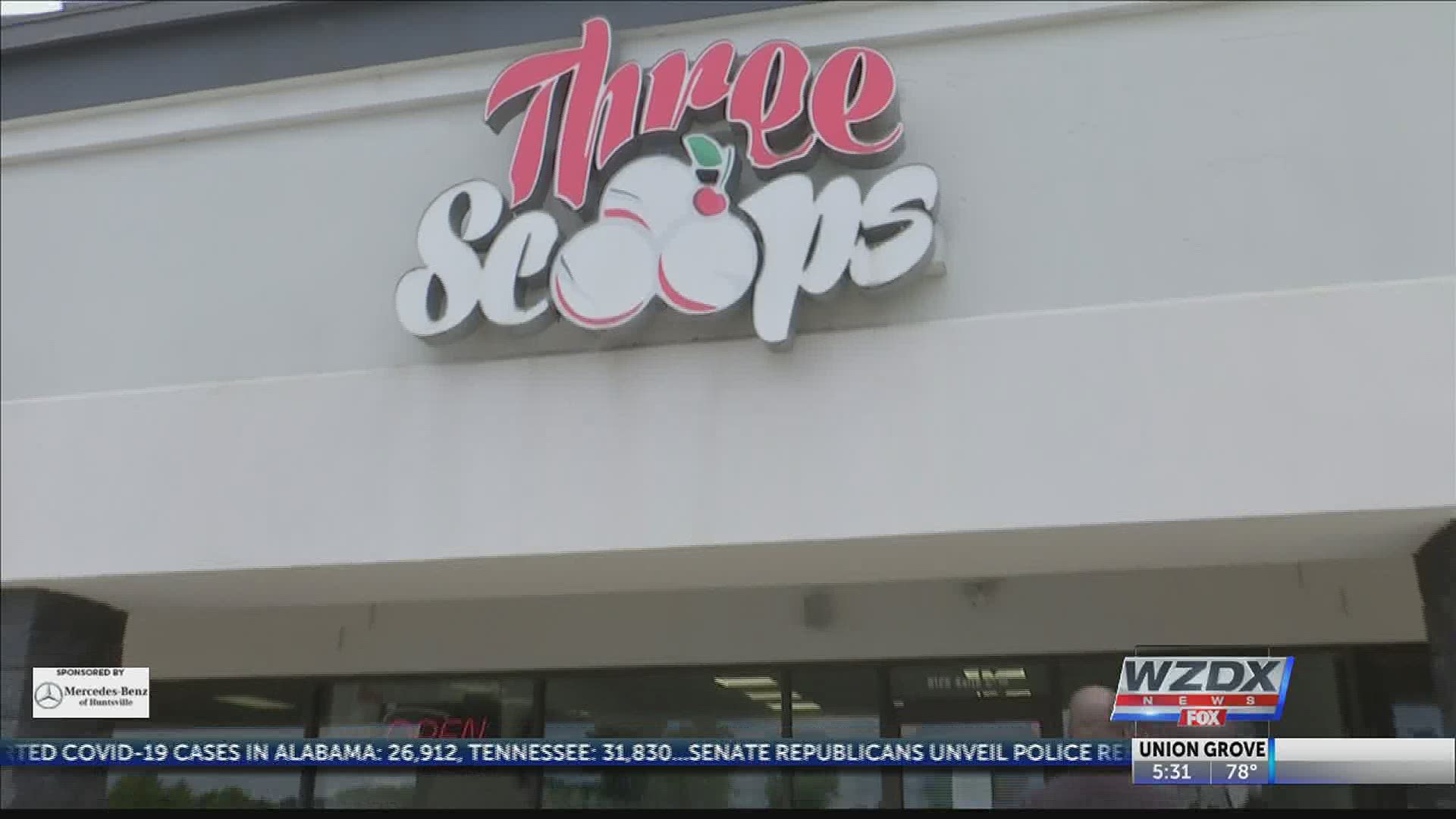 The posts outraged many people in the community, but one local man decided to use Facebook to turn a negative into a positive.

After Huntsville resident Travis Large saw the posts floating around online, he took to Facebook and offered to give people $10 just to stop by Three Scoops and grab a treat. The store is owned by a father and his two sons.

"I talked to my wife about it and just said hey, let's kick in $150 and treat some people and just see where it goes," said Large. "I put it up on Facebook with my small little following and then, Facebook does what Facebook does, you know, social media is going to social media, and it exploded."

In no time, people started donating to the cause. The original $150 quickly turned into nearly $1,500.

Three Scoops got so much business on Tuesday, they ran out of supplies. They spent Wednesday morning restocking, and as soon as they opened back up, there was a line out the door.

Cytique Davis is a customer at Three Scoops. She said, "It was easy with a group of my friends and sisters, it was easy for us to just band together and come out here and be a great representation of what the Huntsville community is about, and that is strength in numbers, support where it's necessary, and standing up against things that are wrong."

Since his post took off, Travis is already thinking ahead. He plans to start crowdfunding every Tuesday for the rest of the year.

"I was up all last night working on it, and so, that's kind of my new passion," said Large. "It's to really work on crowdfunding, so let's launch some businesses because one of the things I've found is just for the small business owner, and not just that, the black small business owner, it's hard in those first couple years to just get going."

Travis wants to help more businesses and continue make a positive change in the community.