Police are investigating the motive behind the incident at Mueller Company. 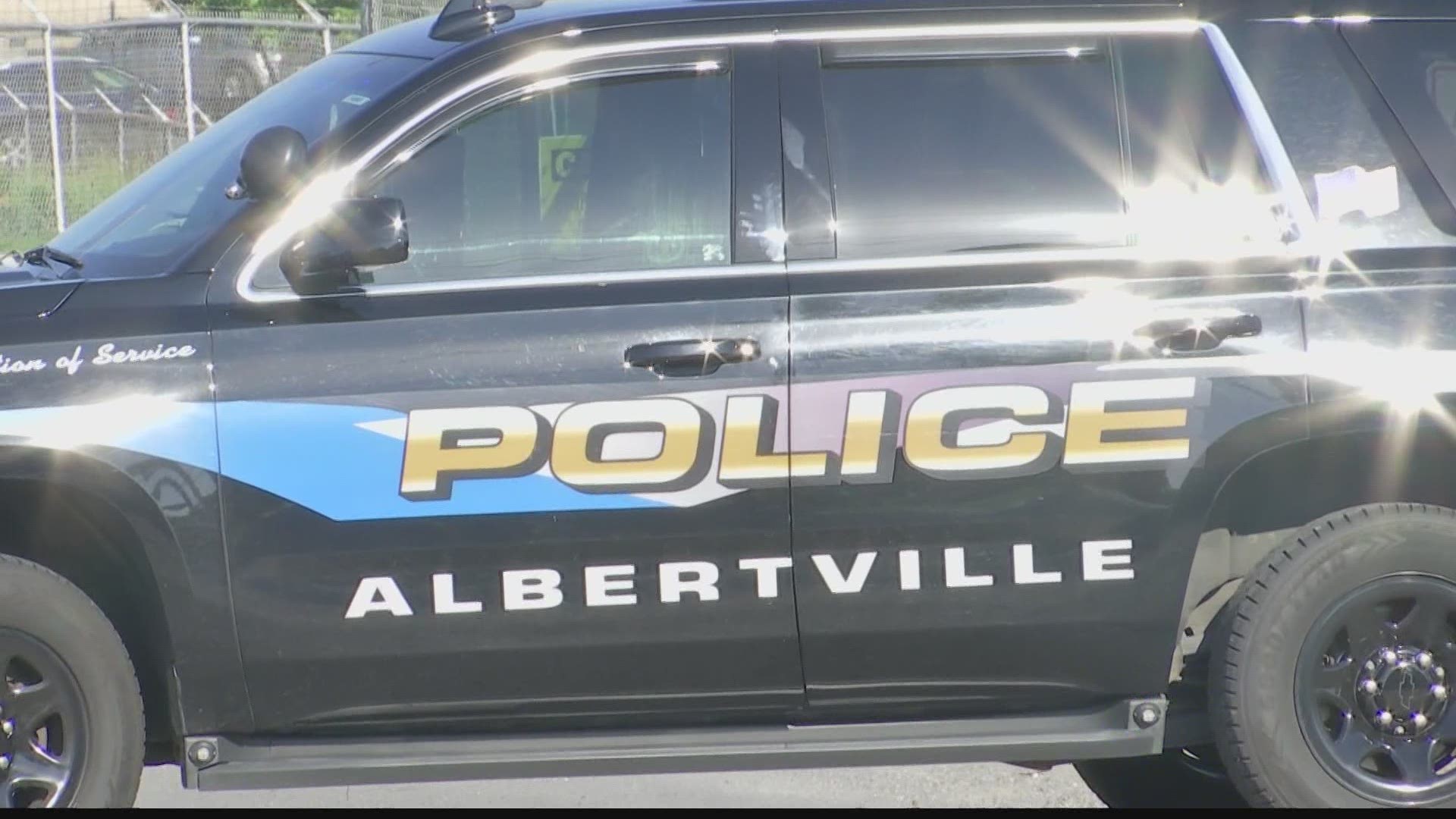 ALBERTVILLE, Ala. — Three people are dead, including the suspect, and two people are injured after a mass shooting in Albertville Tuesday morning.

The Albertville Police Department were notified that a shooting occurred at Mueller Company on Industrial Boulevard around 2 a.m.

Once police arrived at the scene, the suspect left the shooting in his Jeep Grand Cherokee.

Michael Lee Dobbins and David Lee Horton were killed in the shooting.

Casey Sampson and Isaac Byrd were injured and transported to Erlanger Hospital in Chattanooga, TN.

Hours later, the suspect was identified as 34-year-old, Andreas Deon Horton, who was an employee at Mueller Company.

The suspect was found dead in his vehicle that was parked near Guntersville City Cemetery.

Police say he died from a self-inflicted gun wound and found multiple weapons in his vehicle.

As of now, Albertville Chief of Police, Jamie Smith, said there is no relation to the suspect and the victims.

There is no known motive for this shooting at this time, but Smith said they will continue to work on recovering as much information as possible.

"I would like to extend our thoughts and prayers to the Mueller Company in the coming days, they have been a pillar and a great community partner in Marshall County for many years," said Smith.

"I would also like to extend thanks for assistance during the response and investigation to the incident to many local law enforcement agencies."

Those who responded to the shooting include the following.

RELATED: 'Loved by his family, friends and everyone who met him' | Man dies from Austin mass shooting on Sixth Street

EMS that responded to the scene:

For more updates on the shooting, visit this article.