Two of their parishioners did not survive the night: 4-year-old Hattie Collins, and 67-year-old Pat Lane. 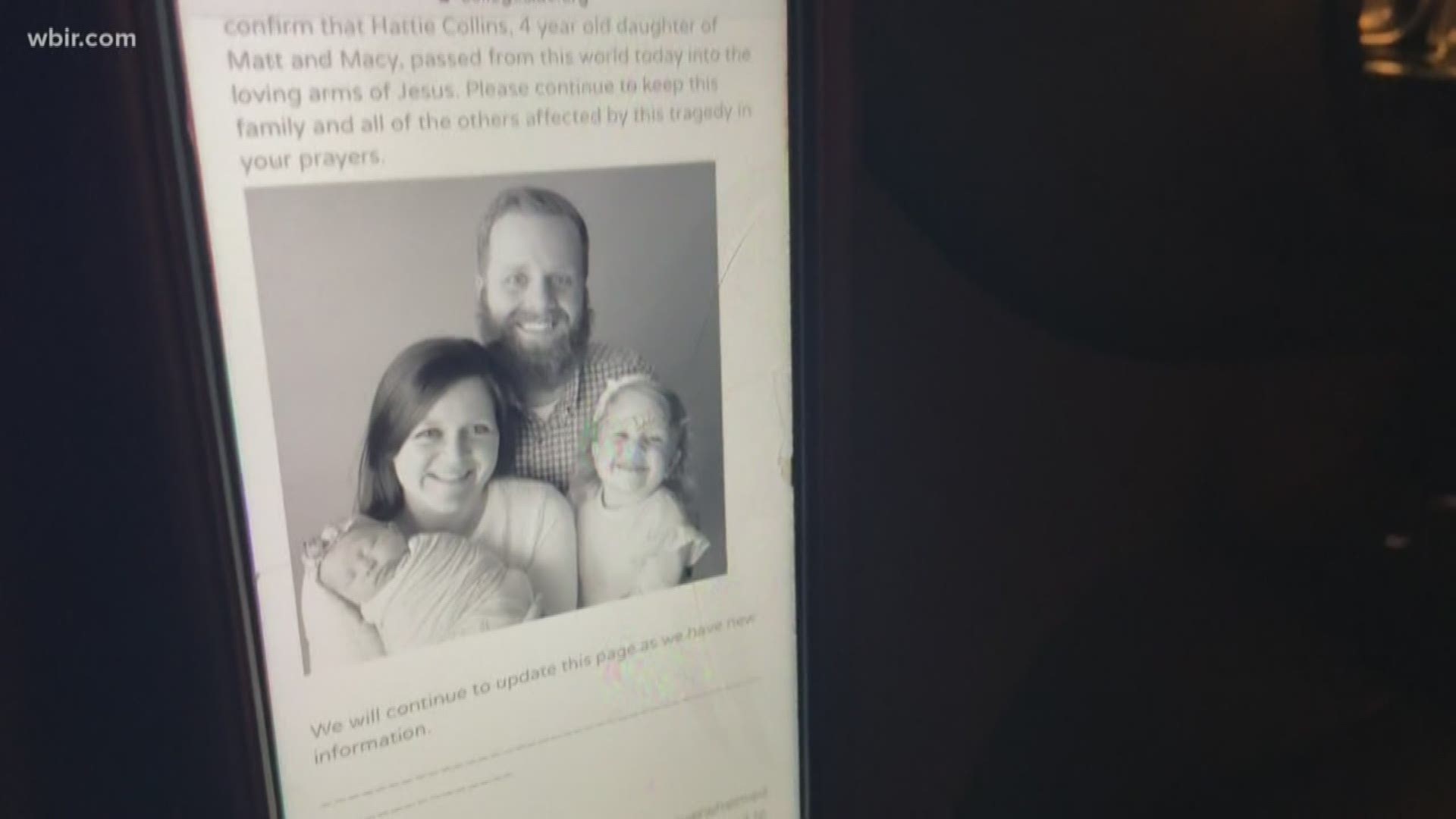 PUTNAM COUNTY, Tenn. — The Cookeville and Putnam County community is mourning the loss of 18 neighbors who died as people try to help pick up the pieces after an EF-4 tornado destroyed numerous homes and businesses Tuesday.

Amy Jennings witnessed the moment her neighbors' homes were blown away.

"We heard it coming through. We got down in the hallway, and my husband looked out to the houses... they were gone. We couldn't see anything."

The community Jennings had known in Cookeville for the last 11 years was now gone.

"Where there used to be house, there wasn't," she said.

Her family made it out alive, but some of her neighbors did not. Many of those who suffered losses were members of Collegeside Church of Christ.

Two of their parishioners did not survive the night: 4-year-old Hattie Collins, and 67-year-old Pat Lane.

Hattie was the daughter of church youth minister Matt and his wife, Macy Collins. Pat was described as a beloved sister of the church.

"People are here from church trying to salvage things for them," Jennings said. "They lost their little girl, and so we're just trying to help them as best we could."

Up the hill from Jennings is Billy Leath. He and his wife of 29 years were in their bedroom when the tornado hit

He was trying to get to his wife when it happened.

"It hit the house just like a train," he said.

When it stopped he finally got to her.

"I started throwing debris off of her and she was hard of breathing."

Both Leath and his wife are okay. Now people from all over are helping them salvage what's left.

In a community where many lost everything, Leath, Jennings and others are trying to find something -- anything to hold on to.

"Coming together during what is a hard time for us right now," Jennings said.

Cookeville First United Methodist Church also held a special community prayer service Wednesday evening. Dozens of people arrived to show their respects and support to those who suffered loss in the tornado.

RELATED: Three members of one sleeping family killed when tornado hit their home