The Walker Sisters - Part 2: life in a new national park

The Walker sisters did not want to leave their family home when the land was taken for the Great Smoky Mountains National Park. They were allowed to stay with restrictions and ultimately became a tourist attraction themselves. 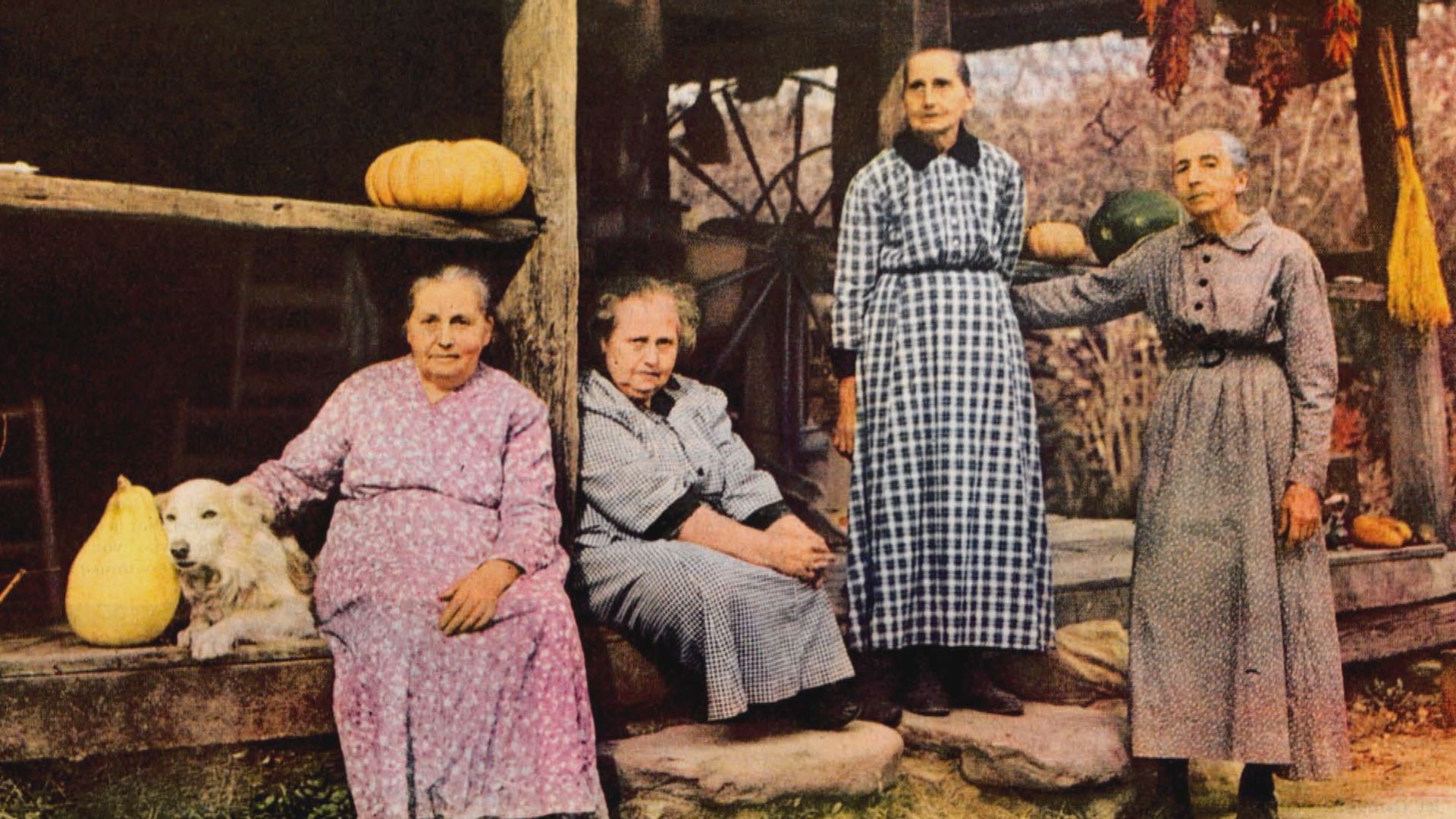 Reporter's note: this is the second article in a three-part series on the Walker sisters. See these links for the rest of the series.

(GREAT SMOKY MOUNTAINS)  When the Great Smoky Mountains became a national park in the mid-1930s, five of the seven Walker sisters still lived at the old log cabin their family built in the 19th century.  One of the sisters had died in 1931 and the other was married.

The five unwed sisters remained at their family home and had no intention of selling their land to the government.

Time ultimately ran out on the siblings.  President Franklin D. Roosevelt dedicated the park in 1940.  In 1941, their 122.8 acres were condemned and claimed by eminent domain.  The National Park Service owned the deed to the property.

"The Walker sisters did not agree with the amount they were offered and more than anything wanted to stay on their land," said Robin Goddard, a 50-year volunteer in the Smokies who knew the Walkers throughout her childhood.

With their land condemned, the NPS could have legally removed the women from their ancestral home.

Credit: WBIR
1936 photo of the interior of the Walker sisters' cabin in the Great Smoky Mountains. Photo provided by the Library of Congress.

"The superintendent was very much worried about the image that the park would have in kicking these old spinster ladies out of their log cabin," said Cave.  "The Walker sisters presented a kind of public relations nightmare for the park."

The park was in no hurry to make the sisters leave.  After ongoing negotiations, the end result was not very different from what had been previously offered to the sisters.  They were paid for their property and given a lifetime lease.  They could stay in the cabin until the last sister died.

But living in the park meant following park rules.

"The problem with staying is you were so restricted.  You couldn't hunt the animals anymore.  You were unable to have livestock operations.  There are restrictions on agricultural use.  You had no real way to make a living if you were a farmer," said Cave. "The people who decided to accept a lifetime lease were generally elderly and not dependent on farming for their livelihood."

Credit: WBIR
1936 photo of Louisa Walker working in the garden at her home in the Great Smoky Mountains where she lived with four other sisters.

The sisters would not be able to farm as they had in the past, but they held onto as many of the old-time ways as they could. The cabin had no electricity or bathroom.  There was not even an outhouse.

"They were actually embarrassed by the thought of having an outhouse because they said people would see them go inside and know what they were doing. Instead, they went out in the woods," said Cave.

The only running water came from a cool spring near the house.

"There's a very fine springhouse.  They would get water from the spring and the cool water in the springhouse was used for refrigeration," said Cave.

Credit: WBIR
The springhouse at the Walker Sisters Cabin used for natural refrigeration.

"The springhouse was the refrigerator, what kept everything cold and fresh and preserved," said Goddard.  "They used it to preserve milk, butter, root vegetables, and lots of other things."

The sisters lived an extremely old-fashioned lifestyle for the time.  They also simply grew older.  The second-oldest sister, Polly, died in 1945.

The four remaining sisters kept making their own clothes and putting old newspapers on the walls for insulation and decoration.

Credit: WBIR
The Walker Sisters Cabin in the Smokies still has remnants of newspapers used to insulate and decorate the walls.

They were not isolated.  The trail that visitors now have to hike 1.1 mile to reach the cabin was a working road.  The mailman delivered to their front door.  They received the news and ordered from catalogs.

In 1946, a journalist took the road to the Walker sisters' home and changed their existence forever.

"In April 1946, the Saturday Evening Post did a full feature layout on the sisters and how these women were able to live on their own like people had 100 years earlier," said Cave.

"The Saturday Evening Post was one of the most-read magazines in the country.  They were instant movie stars.  All the visitors that would come [to the park] would want to see those old ladies and how they were living like in the 1800s," said Goddard.

Credit: WBIR
April 1946 layout of the "Time Stood Still in the Smokies" article about the Walker sisters in the Saturday Evening Post.

Tourists came knocking and so did opportunity.

"The visitors bought the souvenirs they made. They sold baskets, rag dolls, Louisa's poetry, and lots of stuff. It gave them a little extra cash-money that they could buy hats to wear to Ridgecrest or church on Sunday," said Goddard.

"They made most of their own clothes, but there were several store-bought items.  Especially their hats," said Cave.

Five years after the sisters became national celebrities, only Margaret and Louisa were still alive.  Hettie died in 1947 and Martha in 1951.

With only Margaret and Louisa to tend to the home, they felt like they couldn't keep up with their chores and tourists.

"Louisa asked the park superintendent to have a sign put up to keep visitors away. Because, as she said, they could no longer do their work because they were overrun," said Cave.

The "no visitors" sign posted by the park did not stop tourists from venturing to the cabin.  It also did not stop the sisters from being gracious hosts.

"They had visitors anyway. It didn't stop visitors. And if you were there at mealtime, you ate.  And they would be offended if you didn't. Everybody ate. It didn't matter if you knew them or not," said Goddard.

Credit: WBIR
1953 photo of a "no tourists" sign posted at the Walker sisters' home. Photo courtesy the William Derris Slide Collection at the University of Tennessee Library Special Collections.

Caroline Walker Shelton, the one sister who married and moved out of the home, died in 1966.

All seven sisters and their parents are buried at Mattox Cemetery in Wears Valley.  The word "mother" appears on the marker for Caroline, who is buried next to her husband Jim Shelton.  The remaining six daughters have the word "sister" chiseled on their headstones.

The devotion all the sisters felt to each other was a decision.  Just like their decision to live together in an old log cabin with a 19th century lifestyle.  Not because they had to. Because they wanted to.

Credit: WBIR
The word "sister" is chiseled on the headstones of all the Walker Sisters at Mattox Cemetery in Wears Valley.

"They could have improved their living situation if they wanted to.  They could have put in modern comforts.  It was a personal choice," said Goddard.  "They were portrayed sometimes as illiterate mountain women that didn't know much about anything except just how to live.  And they were not that way.  They were very intelligent, well-educated, kept up with world events, were deeply religious, and were devoted to their home.  It was a personal choice."

The sisters' lifetime lease was up.  The national park would have to decide what to do with the old homestead.  The decision was not immediate.