Kim James with Cascadia Behavioral Health says some homeless individuals may be pitching several tents as the pandemic cut down on daytime services. 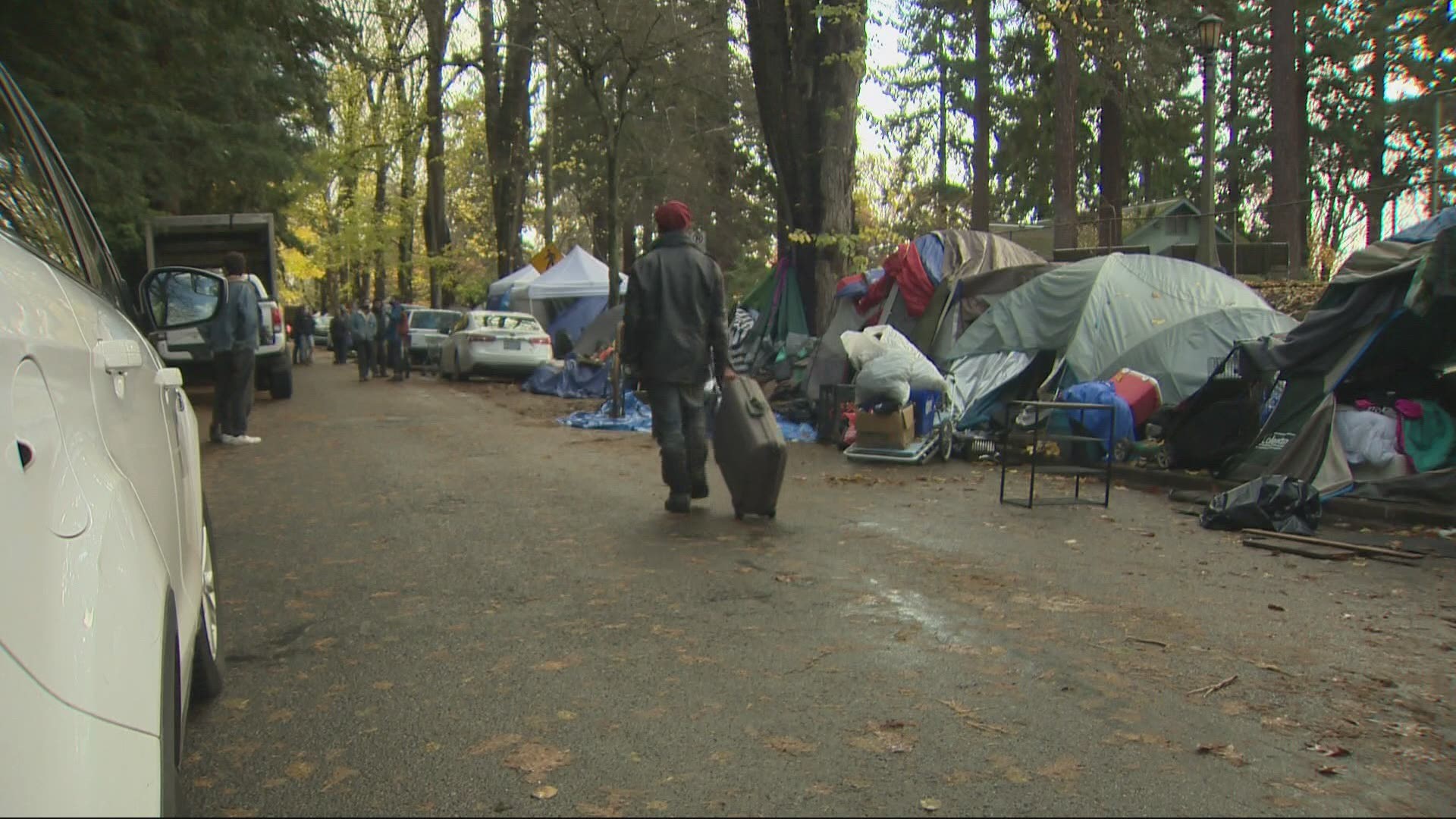 PORTLAND, Ore. — It's no secret Portland's housing crisis was worsened by the pandemic, but it remains unknown just how much the region's homeless population has grown in the last year.

Economists estimate a 40-45% rise in homelessness during the pandemic, but we can't be sure yet how much that number has grown.

"We recognize there are more tents on the street, [but] we don't agree with the premise that every tent equals another person," said Kim James, the program manager for CBH's Street Outreach team.

James says some houseless individuals may have pitched more than one tent to hold their belongings.

RELATED: Where do homeless people go when camps are removed in Portland?

"We equate it to, if I was housed, this would be my various rooms of stuff. We have some people with full bedrooms, full couches, living room sets in their separate tents," James said. "You are seeing more people on the streets simply because the places that people were able to go during the day are not available."

The reason we don't have data on how many people are sleeping outside is because Multnomah County delayed their regular count of the homeless population to January 2022. We won't know those results until summer 2022.

Marion County, also dealing with a growing homeless population, did their Point in Time count earlier this year, so we'll get those results this summer.

Multnomah County Chair Deborah Kafoury and Portland Commissioner Dan Ryan, who are responsible for the Joint Office of Homeless Services, on Thursday announced up to $1 billion over the next 10 years for housing services in the region.

According to the county, the money will be focused on funding quick-turnaround rental vouchers, behavioral health services and case management. It will also create new shelter beds.

"The last year has been one of the hardest chapters in our community’s history, but I believe the tide is about to turn," Kafoury said in a news release Thursday. "Through the Joint Office, Multnomah County is about to launch the largest investment in rental vouchers and supportive housing services we’ve ever seen — a model that we know works in ending houselessness permanently."