A Tennessee woman is dead after a two-vehicle crash Friday night in Madison County. 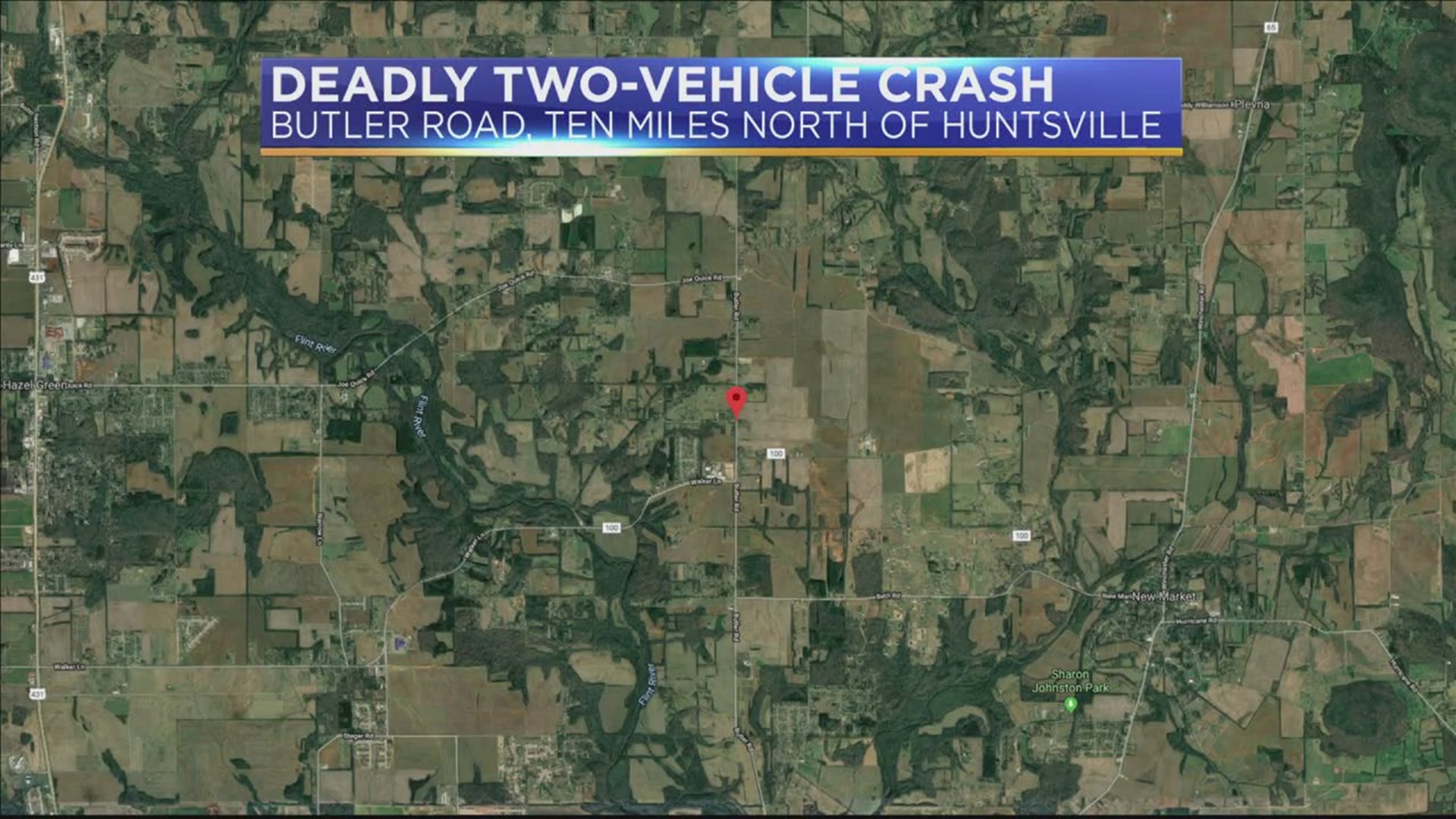 A Tennessee woman is dead after a two-vehicle crash Friday night. According to a press release from ALEA, it happened at 8PM on Butler Road, ten miles north of Huntsville.

40-year-old Summer Walden was killed after her car struck another vehicle. Troopers say she wasn’t wearing a seat belt and was pronounced dead at the scene. ALEA Troopers are investigating the crash.